To mark Fuel Poverty Awareness Day, Energy UK’s Simon Markell writes for Utility Week about how energy retailers are seeking to mitigate the full impact of rising wholesale costs on customer bills. He implores the government and Ofgem to help the sector ensure costs to consumers are kept down and the scourge of fuel poverty is not exacerbated. 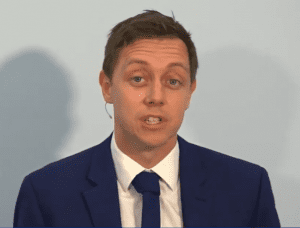 While the timing of Fuel Poverty Awareness Day (3 December) is all too apt, it’s a subject that should already feature prominently in the minds of anyone involved with our sector.

With millions of customers already facing a tough winter, the prospect of further steep rises of between £400 and £600 in energy bills next year threatens to put many more in difficulties.

The current situation, whereby suppliers can be losing as much as £600 providing energy to a customer on a standard variable tariff, is clearly unsustainable. We’ve seen the consequences in recent weeks with 25 retailers, and counting, exiting the market (or in the case of the biggest casualty, Bulb, entering the Special Administration Regime).

The price cap is currently insulating millions of customers, as a result of the time lag involved before record wholesale costs feed through to the next price cap in April, but it’s a temporary, if welcome, respite. You can argue about how much of this recent turmoil has resulted from unsustainable business models and how much from the shortcomings of regulation and policy but it’s evident that customers, blameless for any of the above, will be facing high energy bills for some time and into 2023.

Our industry is acutely aware that the price cap rising in excess of £1,600 will represent a real stretch for many customers. The prospect of energy bills increasing by hundreds of pounds at a time when households might hope to be emerging from the most financially challenging period of the year, is naturally already causing big concern for customers. This will come at the same time as a National Insurance hike to fund social care – and that’s not to mention the spectre of inflation.

National Energy Action (NEA), which organises Fuel Poverty Awareness Day, estimates that there are currently 4.5 million customers in fuel poverty and the effect of the April price cap rise will see hundreds of thousands, possibly more than a million more households go into fuel poverty. There’s no overstating the gravity of a situation that will be with us for some time.

While price rises related to wholesale are sadly unavoidable, if we are to keep the retail market functioning and avoid the costs that come with supplier failures (estimated this week at £3.2 billion), we must look to see what we can do to reduce the impact on customer bills from other costs. After all, is it reasonable to expect millions of customers to shoulder further big increases without further help?

Energy suppliers have long provided hundreds of millions of pounds in support to customers struggling with their bills – and increased this further when the pandemic started and many more households than usual were facing financial challenges. Before the current crisis intensified, suppliers also refreshed existing commitments to support customers. Those suppliers who have signed up to Energy UK’s Vulnerability Commitment have shown numerous examples of initiatives and best practice in going above and beyond to help their most vulnerable customers get the support and advice they need.

In addition, right now at Energy UK we are teaming up with consumer groups to raise awareness of the support available and to encourage consumers to get in contact if they need help. We’ve worked with the NEA to produce home energy checklists and advice in a number of different languages. We’ve held webinars with Scope, Age UK and Citizens Advice where as many as 100+ advisors – those who will be dealing directly with customers seeking help – have been in attendance so that they are fully up to speed on the support that suppliers can offer as well as other issues resulting from the current upheaval.

Delivering an essential product like energy comes with particular responsibilities which suppliers have always recognised. There has to be, for example, time, support and understanding given to those falling behind on payments. Social responsibilities take precedent over fiduciary ones.

These efforts haven’t always been recognised by those quicker to use the sector as a political football but if nothing else, the last few weeks have made it clear that supplying energy is a tough business right now. Suppliers know as well as anyone the struggles some customers face and they also realise that there is a bigger demand for help than they can meet right now.

That’s why we are calling on government and Ofgem, the regulator, to reduce the impact of policy and other costs for customers at this unprecedented time. They should be looking to spread or remove the costs of supplier failures from bills, taking steps to support a vibrant and resilient retail market in future, and looking for other ways to help customers this spring.

Our industry continues to do all it can, but we can’t do it alone. When households are facing affordability issues right across the board beyond just energy bills, we need others to front up as well. Helping the fuel poor and preventing more people from falling into that bracket is a responsibility for all of us.