Gravity energy storage is gaining traction – here’s how Gravitricity suggests it can be used to transform green power.

In February, Edinburgh-based Gravitricity announced that it had won a £912,000 grant from the Department of Business Energy & Industrial Strategy (BEIS) to develop plans for a 4MWh multi-weight gravity energy store on a brownfield site in the UK. 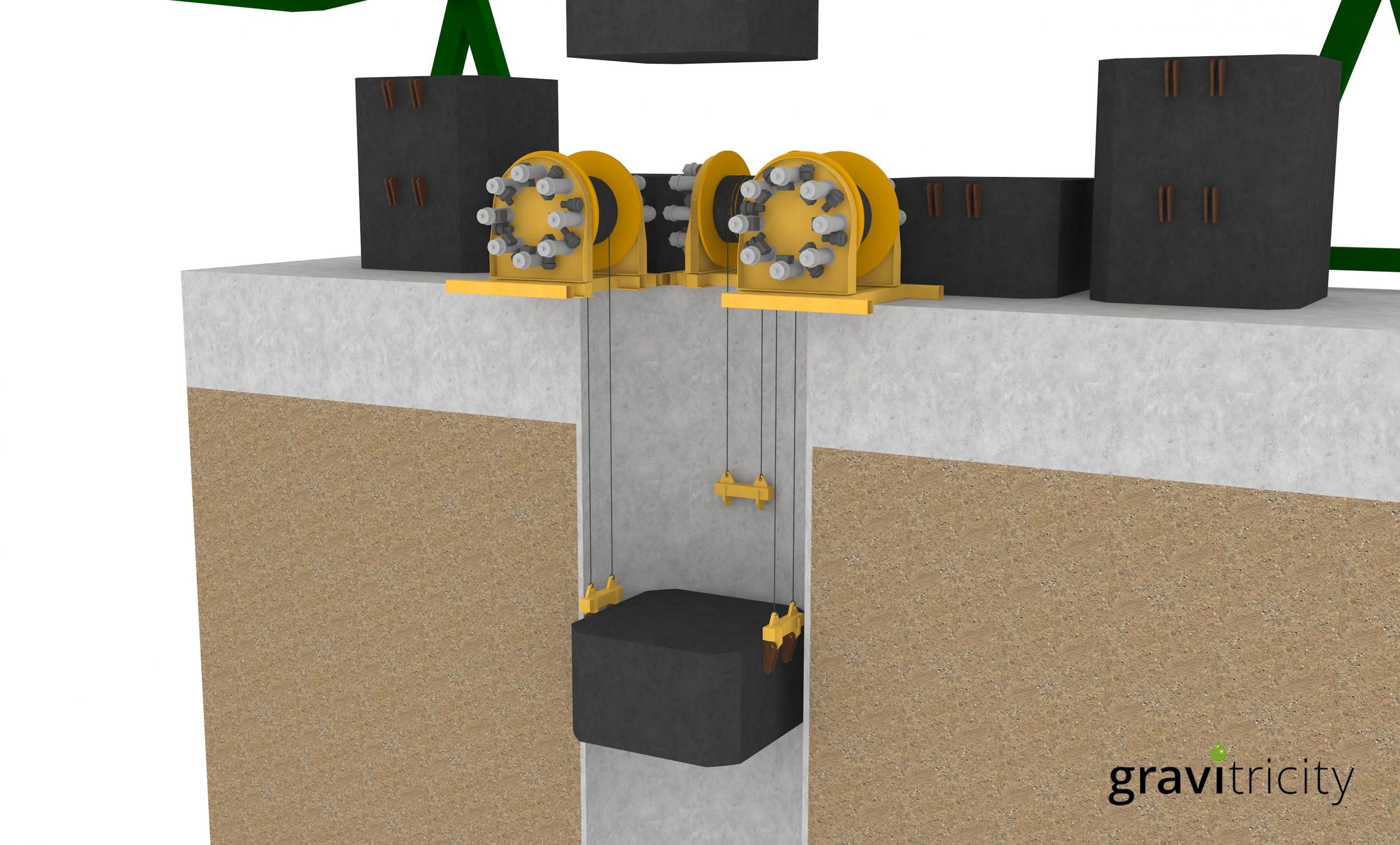 In essence, the technology harnesses the power of gravity and involves raising and lowering heavy weights in a mine shaft to store and release energy. “One of the beauties of our technology is its relative simplicity,” Robin Lane, Gravitricity’s commercial director tells Utility Week Innovate. “A lot of the innovation is around systems and controls.”

This “simple” system drops “buckets” – “albeit quite complicated buckets filled with very high-density aggregate”, according to Lane – totaling up to 5,000t in vertical shafts of up to 1,500m deep.

In the future, the firm hopes to build multi-weight systems raising and lowering weights totaling up to 12,000t in shafts up to 750m deep – offering almost 25MWh of flexible storage.

The weights are suspended by a number of cables engaged with an electric winch. Raising the weight charges the system, while lowering the weight discharges the electricity back to the grid.

Developed in tandem with control and simulation expert Industrial Systems and Control, winch specialist Huisman, and Careys Civil Engineering, the £1.5 million project is being supported by the BEIS Longer Duration Energy Storage Competition – a funding scheme to accelerate the commercialisation of innovative energy storage projects which can contribute to net zero.

It follows the commissioning of a 250kW demonstrator, which uses two 25t weights and a 15m-high rig at the Port of Leith, Edinburgh, last summer.

On top of this, a feasibility project will complete in late 2022 and provide the basis for a first of kind commercial prototype system at a grid-connected site in northern England. 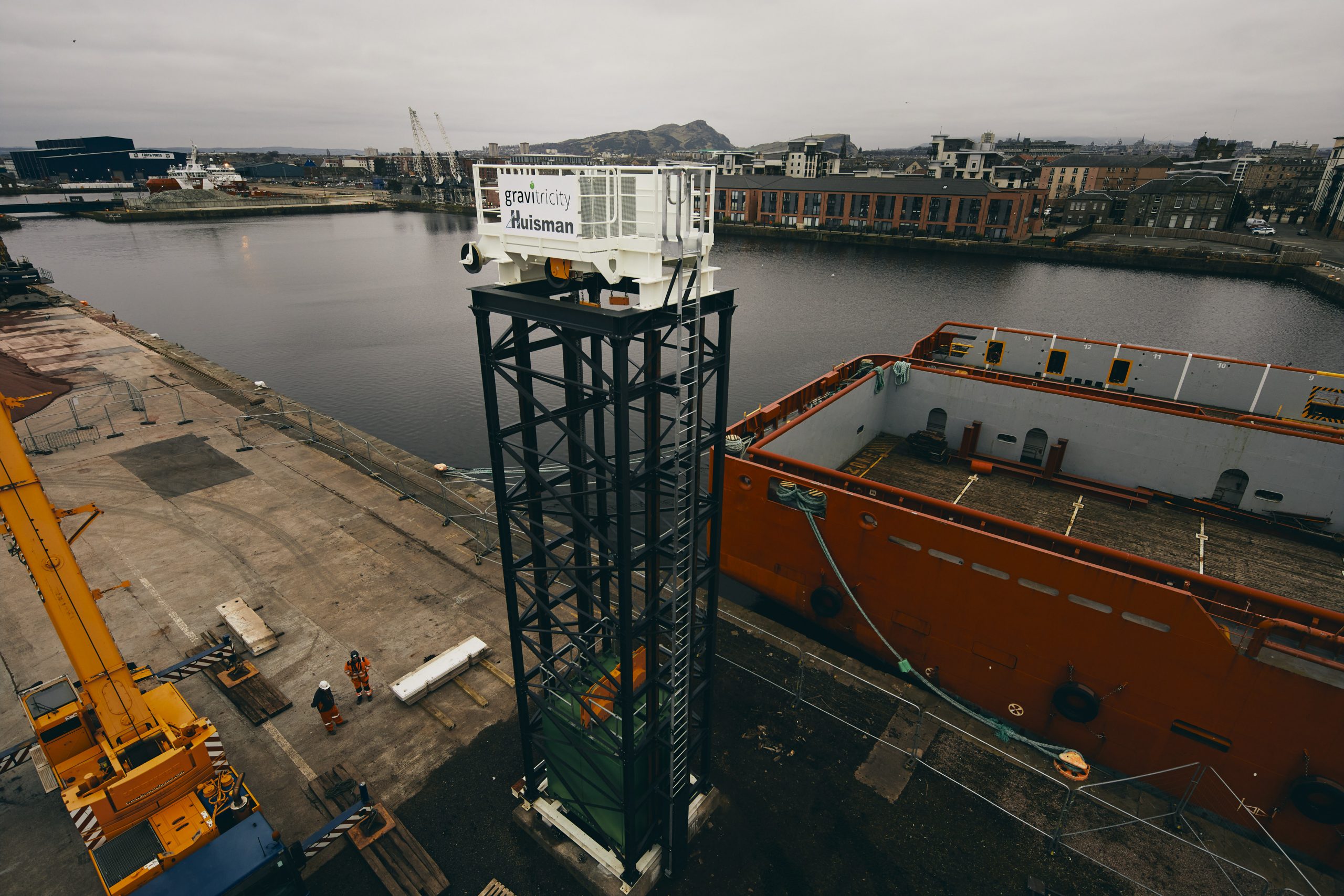 According to Gravitricity’s managing director, Charlie Blair – who joined the venture in 2016 shortly before the firm secured £650,000 from Innovate UK to design and build its demonstrator – the idea of using gravity to store energy is nothing new.

“Clockmakers have relied on it for centuries and in many countries pumped storage hydro has been a feature of mature electricity grids for decades,” he explains.

He argues that while alternatives with lower start-up costs, such as pumped hydro and compressed air energy, are suitable for “bulk storage”, they don’t hold water when it comes to quick and efficient delivery.

What’s more, while lithium and other batteries can be ideal for distributed energy storage given their quick response and good efficiency, he questions whether or not they have the longevity to function as long-term grid infrastructure.

The penny appears to be dropping across Europe with a number of start-ups investigating the potential of gravity energy storage to contribute towards net zero targets.

However, according to Gravitricity’s calculations, using weights of even tens of tonnes will fall short of looming energy grid demands. By Blair’s calculations, the sector would need to drop 500t around 800m to generate 1MWh.

Reasoning that the current design of these man-made structures will be incapable of generating enough power to meet future demand has led the firm “inescapably” in one direction. Underground. 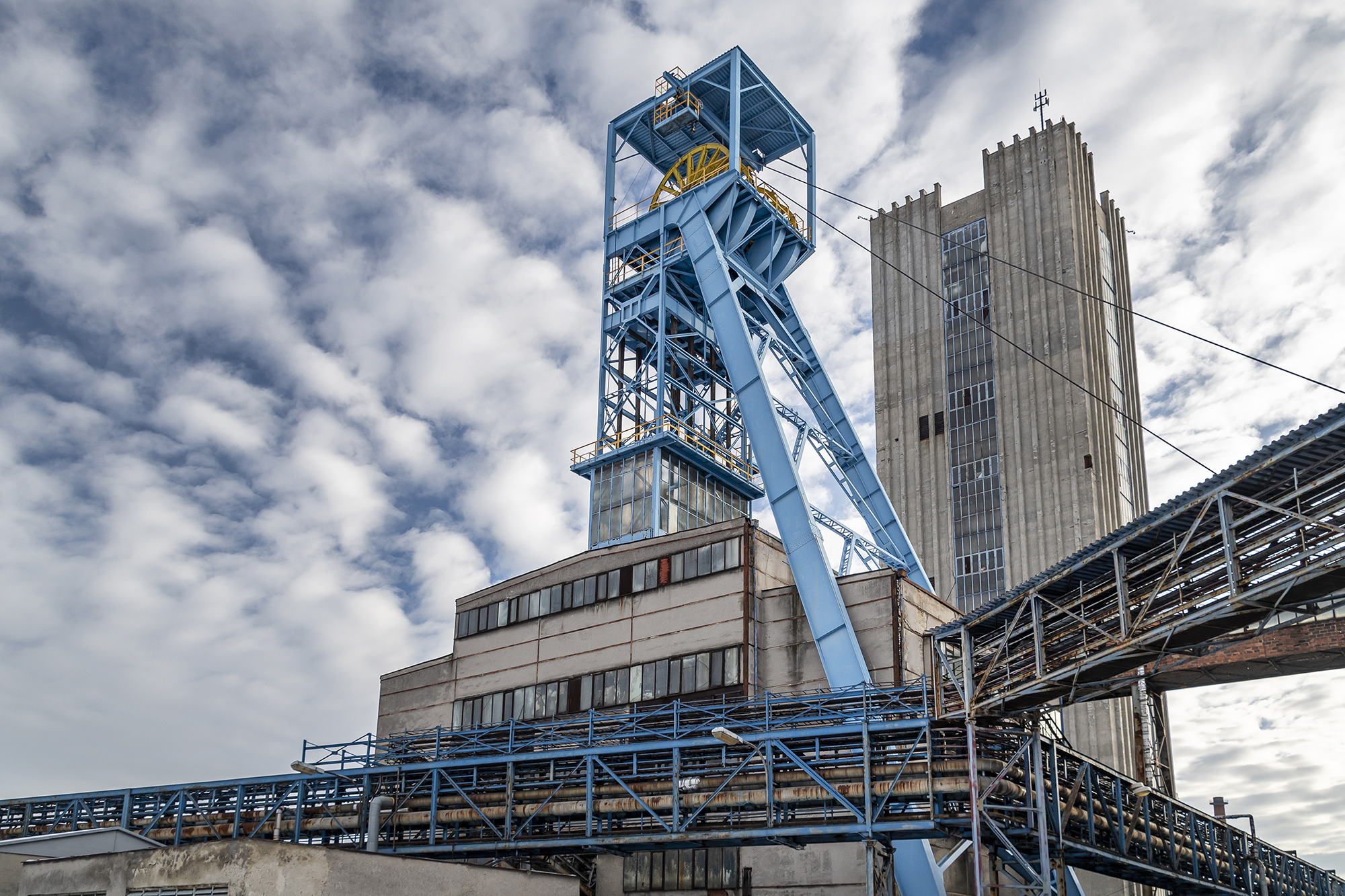 “In order to achieve grid demands, we need to be raising and lowering weights in the hundreds of tonnes each,” Blair explains. “Heights of tens of metres are again, not going to cut it.”

“By deploying our systems in existing mine shafts – and in the future, sinking our own shafts – we are able to use weights significantly heavier than anything which could be cost-effectively supported by above ground structures.

“And we can drop those weights over longer distances,” he continues. “The sites we are evaluating for our initial deployments have mine shafts of 1,000m deep, allowing a much greater ‘drop’ than anything which could realistically be achieved above ground.”

Though, unlike man-made structures, further sites rely on the firm creating its own shafts. Gravitricity estimates that there are already around 14,000 suitable subterranean homes for its technology worldwide – with the firm currently working with partners in India, Chile and South Africa.

The company is also driving plans for a full-scale, single-weight project in a disused mine shaft in mainland Europe before the end of 2022 – with multiple sites across the Czech Republic and Poland under consideration.

“We believe that a world of distributed energy generation will require distributed energy storage, so we have been working on taking the intuitive simplicity of gravity-based energy storage and adapting it to develop a system which can be located anywhere – alongside renewable generation, at the transmission or distribution level, in off grid locations or within urban centres,” Blair says