In total 446,750 customers changed supplier in a month which has traditionally been slow for switching, a 17 per cent increase compared to the same period last year.

Last month saw the completion of a £500 million deal which saw Ovo acquire the retail arm of SSE Energy.

A spokesperson for Energy UK told Utility Week that Ovo and SSE will be treated as one company for future figures. They added that the trade body was liaising with Ofgem so that it is in harmony with the regulator’s definition of the companies and their switching figures.

The spokesperson also said that Eon and Npower will be as one in due course, as the latter is absorbed into the former.

Responding to the figures Audrey Gallacher, Energy UK’s interim chief executive, said: “January has traditionally been a slow month for switching so a figure of nearly 450,000 customers shows that momentum is continuing following a record 2019.

“On average, there were 12 switches every minute last year and it’s encouraging to see more and more customers getting in the habit of saving money by looking for the best deals available from nearly 60 suppliers on the market – not forgetting the many more on top of these figures who have moved to different tariffs with their existing supplier.” 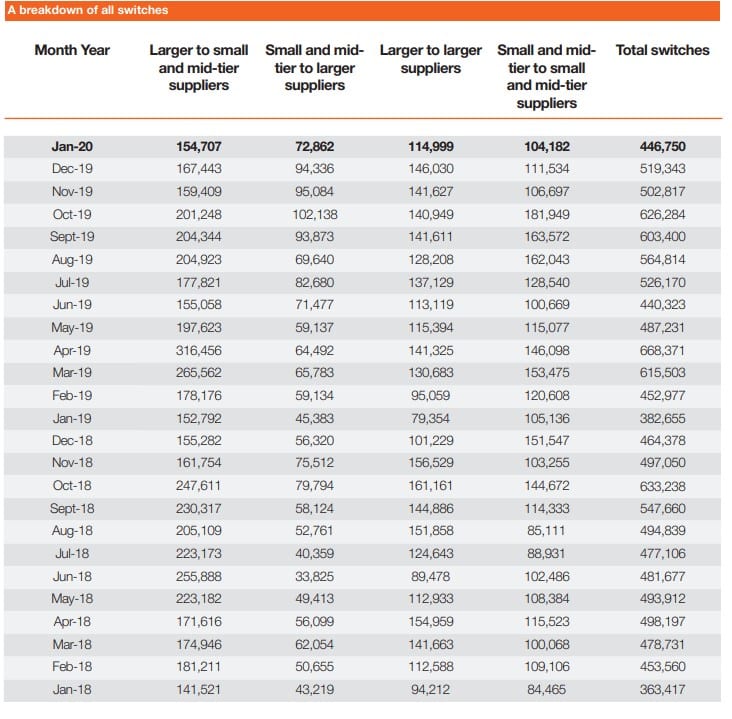