Figures from ElectraLink indicate that the lockdown has dampened enthusiasm for switching electricity supplier, with April’s figures the lowest in four years for that month.

Data published by the Energy Market Data Hub (EMDH) shows that switching continues to be negatively impacted, with April 2020 showing both month-on-month and year-on-year decreases in switches started and completed. 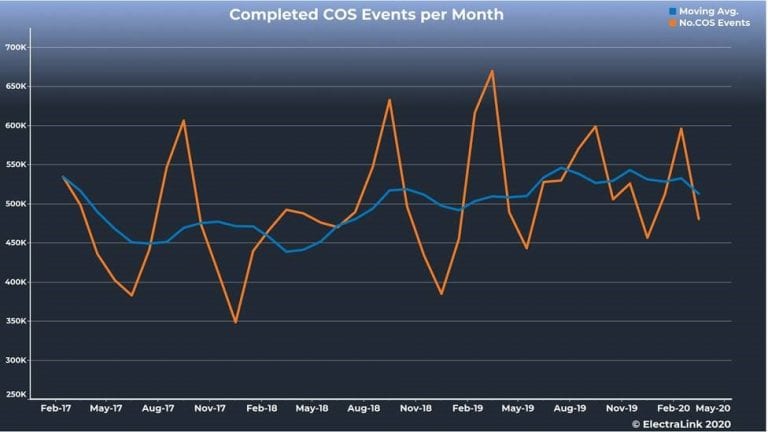 ElectraLink added that March 2020’s figures were the second highest on record, raising questions as to how April’s switches were so low.

In terms of weekly totals, only twice in the last three years have there been as few switches raised in the last two weeks of April, excluding weeks with bank holidays. These occasions were the run-up to Christmas and two weeks in late June/early July 2018 during the 2018 football World Cup.

ElectraLink said it was clear that the coronavirus pandemic had focused consumer mindsets on things other than household utilities.

In terms of switching types, all categories decreased in number month-on-month, with the sharpest decline in switches to challenger suppliers, both within-group or from the largest suppliers. The only change of supplier type to increase compared to the same time last year was challenger to big six:

However, switches to the smallest challenger suppliers, supplying electricity to no more than 250,000 meter points, actually went up in April. ElectraLink says this shows that the larger challenger brands appear to have temporarily seen a lull in interest in their offerings, with former customers potentially moved to big six brands.

Time of use tariffs generating unprecedented interest in energy
29/05/2020
News
Time to ‘put pedal to the metal’ over shared PSR
28/05/2020
News
Will we ever see another council-backed energy supplier?
26/05/2020
Analysis