London Power Tunnel team members celebrated the completion of the first of five drives by its four tunnel boring machines in south London as part of National Grid’s £1 billion project to rewire London.

The 140-tonne boring machine – named ‘Christine’ after the former executive director of the Construction Youth Trust, Christine Townley, known for her championing of diversity and STEM careers – began its journey at a site in Hurst in July 2021.

On 21 June, it completed a 6.7km drive beneath London to Eltham, reaching depths of up to 50m in the process of creating tunnels three metres in diameter and with a lifespan of more than 100 years. 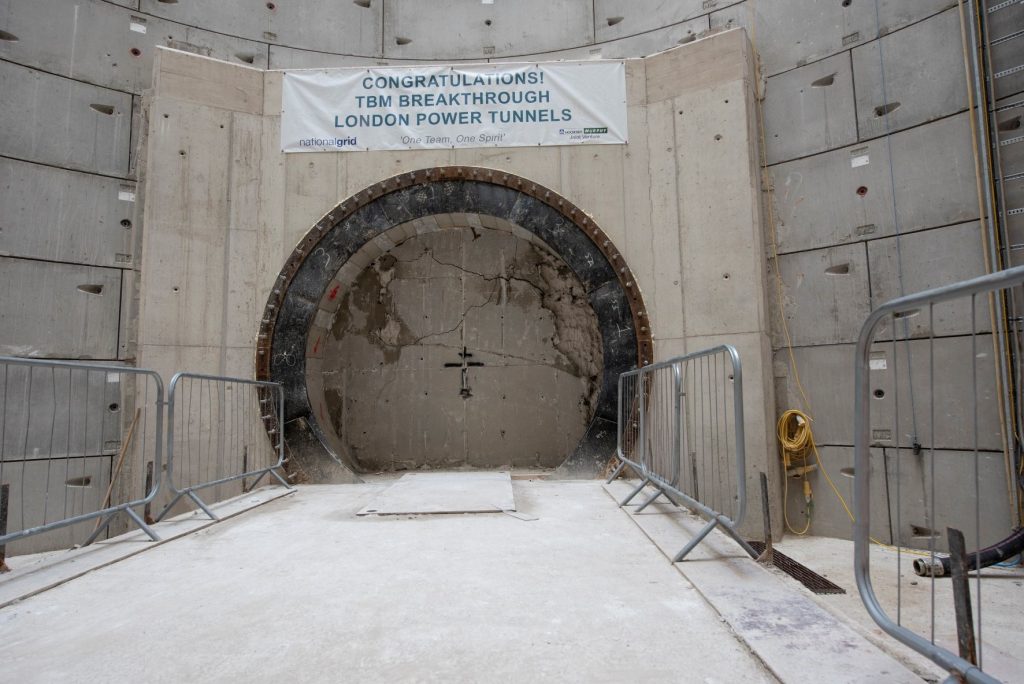 “After close to a year of tunnelling, it is exciting to see the first connection between sites,” he said. “The team has worked so hard to make this happen, in the face of tough ground conditions.”

Leading the tunnel boring charge thus far has been what Burden describes as a “world first” automated ring build.

Speaking to Utility Week Innovate in June, he explained that the project’s standard tunnelling process sees six 800kg segments laid in a ring at the back of a boring machine before the machine is “shoved” forward through the most recent ring and repeats the process.

“Typically there’s a miner on a control that moves the segment in and out, but any sort of issue you have out the front is unforgiving,” he said. “We’re about to enter phase four of a trial to automate that process rather than having someone on the ring erector on the controls with various bells, whistles, cameras and sensors – you’ll basically a push button and it will construct a ring sequence.”

As previously reported by Utility Week Innovate, London Power Tunnels Two – the southern leg of what Burden describes as “rewiring London and connecting with the capital” – follows the successful completion of a similar scheme to build 32km of tunnels and two substations in north London in 2018.

“We’re rewiring London because our connections between our substations rely on circuits that were put in in the fifties and sixties, and have reached the end of their asset life,” Burden said, explaining that new infrastructure enough to power half a million kettles will also facilitate demand load growth off the back of new developments at Battersea Power Station and Nine Elms alongside broader EV uptake.

The project is due to complete and be fully operational in 2027.