We continue our series leading up to an expected emergency budget by asking Sue Ferns senior deputy general secretary at the union Prospect, her views on where pace could be picked up to accelerate a green recovery. 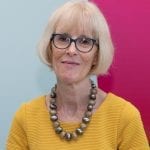 Where do you think the quick wins can come from in creating green jobs to boost the economy?

There are a number of potentially easy wins across the economy but they all require a degree of coordination and buy in at different levels of government, as well as of course some funding.

We need energy efficiency measures in existing housing stock which requires co-ordination at local authority level to ensure a systematic approach. Likewise we need to expand electric vehicle (EV) charging infrastructure and put in place the network reinforcement work to support this. This would likely require more flexibility from the regulator on network expenditure plans. Ramping up the installation of EV points would be a great way to quickly create a fair number of jobs.

Early works for example earth works and transport links for major infrastructure projects, such a new nuclear, would give us a good boost in specific areas of the country. This will require a firm commitment form the government though before it can go ahead. Getting going on large Gigawatt new build nuclear would provide around 20,000 construction jobs as well as supporting jobs in the wider economy, for example in steel manufacturing.

More broadly, research by BloombergNEF and the UN Environment Programme shows a dramatic fall in private investment in UK renewables projects in the last five years. This has in turn resulted in a fall in the number of green jobs being created. More direct public investment to stimulate growth and strategically initiate projects, rather than relying on the market, would provide a boost and help target new jobs where they are most needed.

What are the scale of jobs we’re talking about here?

There are a number of estimates. National Grid’s ‘Building the net zero workforce’ estimates that we will need to recruit more than 400,000 new jobs between now and 2050 to achieve our goals.

EDF estimates that a new generation of nuclear would support more than 300,000 jobs in the economy on its own (directly and indirectly) so we could be talking upwards of half a million from the energy sector alone.

Would they be created regionally – or evenly distributed?

There should be some regional clusters e.g. Humber/North East for renewable jobs. Cumbria and the East of England for new nuclear. The IPPR report Prospect co-sponsored last year, A Just Transition Strategy for the North of England, suggests there could be 46,000 jobs created in the North of England by 2030 just in the power sector.

National Grid estimates tens of thousands of new workers will be needed in every region across the UK, with significant employment opportunities in the North of England where nearly 100,000 jobs will become available, the Midlands (with over 50,000 jobs) and the devolved nations of Scotland, Wales and Northern Ireland (nearly 90,000 jobs).

What would need to happen to make this possible?

Three key things are needed to get where we need to be:

The first issue would be a lack of political commitment, particularly on new nuclear. Investors require confidence and if they don’t get a statement from the government on the direction of travel then projects will find it increasingly hard to get finance. We also need to realign regulatory frameworks to drive these changes.

There is further risk that continuing Brexit uncertainty or a bad Brexit outcome, which looks increasingly likely, will drive investment overseas.  It’s possible that an ongoing drag from Covid-19 if the UK doesn’t recover as well as other countries, or hits a second wave could make the UK an unattractive relative prospect for investors.

Finally, there is also a real chance of a skills and training bottleneck. A lack of high quality training capacity, and a confusing policy and funding landscape, means it will be challenging to rapidly increase the rate at which a skilled net zero workforce is put together. The prime minister may want everyone to have an apprenticeship but the challenge is who will deliver them given the existing problems with the system.

Utilities are absolutely central to decarbonising the energy system and achieving net zero – smart grids, electrification of heat and transport, hydrogen networks, renewables etc. It is utilities that are delivering this.

Utilities provide decent, long-term, skilled employment and play an active role in skilling up the workforce. These will be much needed in the post-Covid-19 recession. Utilities are the foundation both for wider economic recovery and for progress to net zero in other sectors for example in providing the charging infrastructure for EVs. The geography, particularly of power generation, also means that utilities play a key role in regional economies that would be otherwise suffering.