A new report published this week by the UK100 and Siemens urges government to set up a green investment bank to kick start £100 billionn worth of local energy projects. UK100 director Polly Billington makes the case. 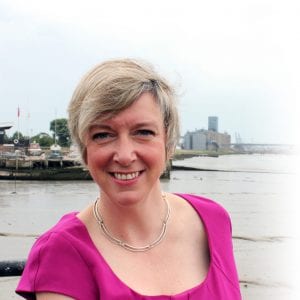 With monthly GDP figures some of the worst on record, the calls for a Green New Deal are borne not of environmental activism but economic necessity.

Research UK100 published with the LSE’s Grantham Institute shows that decarbonising our economy could put at least 3.1 million jobs at risk (1 in 10 workers) unless business, industry and government put a Rooseveltian effort into reskilling the workforce.

While the Chancellor’s summer economic statement was a welcome start, ministers are still a way from finding the £9.2 billion they promised in the manifesto for insulation and home improvements. With the furlough scheme coming to an end and companies laying off people, the need is urgent to protect jobs and get us on track for net zero.

But how could we bridge the financial gap for a Green New Deal in practice? Well, that’s where we need somethin

g that might sound, well, a bit dry: accelerating sustainable finance into local energy projects. But before you scroll elsewhere, let me explain how this bit of jargon could help save your job, create 300,000 new roles and help us get to zero carbon by 2050. A new report UK100 published this week, in partnership with Siemens UK and sponsored by the BEIS Department and EDF, shows that if the government were to pump prime renewable energy projects with £5 billion of development capital, you could potentially get a return of around £100 billion invested into the economy from the private sector. The analysis is based on two major studies from Humber and the South East, extrapolated nationwide.

That’s a decent return on investment, and would increase the current pipeline of renewable energy projects by over 100 times from £850 million. It’s perhaps no wonder the energy minister, Kwasi Kwarteng MP who we met on Monday said there was an “ongoing debate” within Government about how to create a Green Investment Bank 2.0 and that there will be announcements “in the not too distant future”. The UK CEO of Siemens, Carl Ennis, called for it to be in the upcoming Energy White Paper. The original Green Investment Bank was set up in 2012 and sold in 2017. The idea is gaining traction in Whitehall and the business community – major reports from the LSE’s Grantham Institute, the Sustainable Finance APPG and the IPPR also endorse the idea.

A Net Zero Development Bank (NZDB) would be different, and appropriate for the times. The GIB’s mandate was focussed on crowding capital into green projects which were already being developed by the market in response to supportive government policies like Contracts for Difference for offshore wind and long term contracts for waste to energy projects. An NZDB would have a strong regional operating structure with deep understanding of the local resources and networks available to support local energy investment to support a ‘place based approach’. We know this is the most effective way to get community buy in, build back better and change all our behaviours, from individual consumers to large businesses.

In this it would have parallels with the Industrial and Commercial Finance Corporation (ICFC) that was founded in 1945 to provide finance for small and medium sized industries as the country emerged from World War II. The ICFC was successful because it set up local branches and got to know local businesses so that it could judge which were promising and which were not. We can ape Churchill’s mantra: V for a V-shaped recovery.

Working with innovative local authorities like Nottingham, Warrington, Bristol and Manchester is critical too. Many councils sit on large asset portfolios of public buildings and land, which could be invested in energy projects. At the same time, with their increasing reliance on business rates for funding, councils are under pressure to foster local economic growth while recognising they may need additional advice from the private sector.

A Net Zero Development Bank would establish common rules for financing schemes ensuring value for money for the taxpayer, and efficiency of scale for businesses. Currently there are 27 different grants and funding streams available for local energy projects just via the Department for Business, Energy and Industrial Strategy (BEIS), with more via other departments and agencies. Some of the SMEs UK100 interviewed as part of the research have described the ‘valley of death’ challenge they face as they seek to scale up successful concepts.

It’s easy to dismiss city investors as loadsamoney caricatures, but their roles are changing too. Financial analysts need to become as adept at making sense of a company’s disclosure of Scope 2 and 3 carbon emissions as they currently are at interpreting financial accounts. With government helping to shape the market, we can encourage responsible, long-term investment in large-scale renewable energy projects.

The Chancellor, Rishi Sunak, knows a good investment from his time at Goldman Sachs, surely this is an idea whose time has come? Sustainable, shovel ready projects helping us dig for victory.

The state of storage
04/05/2021
Analysis
Releasing value from energy system digitalisation: what will it take?
On demand
Webinars