Jonathan Marshall, head of analysis at the Energy and Climate Intelligence Unit on investing in green technologies could help different regions 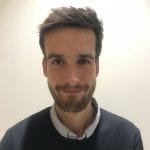 Home insulation, renewable projects that have already passed through the planning system

What are the scale of jobs we’re talking about here?

A recent LGA report forecast more than one million green jobs by 2050, National Grid expect 400,000 new jobs to be made in the energy sector as we move towards net zero, a study by Vivid Economics for WWF saw more than 200,000 jobs created within a decade from a ‘green recovery’.

Would they be created regionally – or evenly distributed?

It would be spread around the country, but not evenly. The North East, for example, is more suited to the development of low carbon industry, as is Humberside. Scotland already hosts a lot of onshore wind and would likely be a priority choice for more. Jobs in offshore wind will be focussed around the coast, many in areas with oil and gas industries that are winding down. Some of the leakiest homes in the country are in the South West – Devon and Cornwall – and in inner cities where pre-1919 stock is prevalent. Clean transport jobs are increasingly based in the midlands, but jobs in the supply chain (and those in building charging networks) could be spread around the country. All of these would lead to more, high skilled and well-paid jobs outside of London and the South East.

What would need to happen to make this possible?

Support for home refurbishment from government for some homes, and effective planning and policy changes to incentivise homeowners to upgrade their own homes. More renewable auctions and more aligned planning decisions to boost clean energy generation. Strategies to form low carbon industry clusters in regions where these jobs are waning. Long-term trend setting, such as increasing ambition on phasing out non-electric cars and acting on home efficient/fuel poverty targets.

We also need to invest in skills and training, which would not only boost skilled industries, but could help counter some of the damage anticipated to fall on the shoulders of younger generations from the impending recession.

Competition for state spending, the attraction of high tech and less proven solutions instead of things that are known to work. Political willingness to borrow money and the degree to which the government is happy to shape the economy.

The current crisis not only highlights the importance of more resilient systems, highlighting the risk of channelling more money into investments that are not compatible with a net zero future. Public sentiment is well in favour of actions to hit our climate targets, low carbon investments and infrastructure and increasingly economically outperforming dirty alternatives, and the new generations entering the workforce are keener than any before to work in companies and industries that are environmentally conscious.