Coronavirus has wreaked havoc on the jobs market, particularly in regions already down on their luck. Jess Ralston an analyst at the Energy and Climate Intelligence Unit explains how action on zero carbon can level the country up. 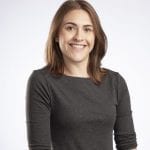 The North of England and West Midlands were promised an opportunity to level up in the Conservative Manifesto. Instead they have seen high increases in the number of people looking for work. So much so, there are now about 18 unemployed claimants per vacancy in the North East, and 11 in the West Midlands according to the Institute of Employment.

This means those laid off are facing more competition to land a job. For some parts of the economy this is particularly acute, in the construction sector for example, almost 60 per cent of firms laying off staff in May, says the Institute of Employment, with new job openings still well below pre-crisis levels.

These typically deprived regions suffer socially as well as economically; some of the highest rates of fuel poverty can be found in the West Midlands. Correspondingly, as many of 70 per cent of homes in Wolverhampton, for example, do not meet the government’s 2035 efficiency targets.

Many of the worst-hit regions are current or former manufacturing or industrial hubs, with high proportions of skilled tradespeople among the workforce (11.2 per cent in the West Midlands, compared to 10 per cent across the country). At the same time, the percentage of the workforce involved in construction is also above the norm.

Combining all of these factors highlights the opportunity to tick multiple boxes at once. Tackling the leakiest homes to provide good employment, tackle the plight of cold and leaky homes, and get the UK on track to meet its net zero emissions target.

Yet another side to this story is that of the self-employed. Millions of builders, plumbers, window-fitters and roofers are in limbo as demand for their skills dries up.

Rishi Sunak’s plan to avoid carnage among the self-employed, the Self-Employment Income Support Scheme, has stepped in for now, but cannot last for ever. A huge source of building projects, generated through upgrading energy efficiency, across the nation could hold the key to putting the nation’s tradespeople back to work.

Both forms of employment combined, there is a massive opportunity for regions like the West Midlands to level up. Having a housing stock that is ‘shovel-ready’ for retrofitting, and a skilled construction workforce ready to deliver the works, could mean a boost to employment at the same time as addressing the poor housing stock.

Young people also have a lot to gain

Regions discussed so far are also largely areas with levels of youth (18-24 year olds) unemployment well above average – in the West Midlands nearly 30,000 youngsters are claiming unemployment benefits, and in the North West its even higher at about 40,000.

The young have been shown to be disproportionately affected by the economic fallout from the pandemic – with more than a third of the youngest cohort earning less ( according to Self-Employment Income Support Scheme) than they were before the outbreak, either by virtue of being furloughed or losing jobs.

Any effective plan to reboot the economy will have skills and training at the centre. A generation of school leavers, properly trained, could be set up with jobs for life that are not only located in all parts of the country, but also highly skilled, well paid, and offer an opportunity to tackle climate change, a major cause of concern among today’s youth.

Unlocking investment in the rest of the economy

It’s also thought that a boost to the energy efficiency industry across the UK could help to hit two birds with one stone, getting people back into jobs and reducing total household expenditure on energy bills by £7.5 billion per year, or £280 per home, says the EEIG (European Economic Interest Groupings).

This delivers money back into wallets of families all over the UK, much of which flows into local economies to give other businesses a boost.

A green recovery is being touted by many as a huge opportunity to align our economies and job prospects with net zero. And for areas with high unemployment and a poor housing stock that have been felt the pinch in recent months, there could be an even larger hope for positive change as local jobs there get a welcome boost from home retrofits.

All eyes are now on early July, and to see if this Government can do what many before have failed to do – deliver a strategy to call time on Britain’s leaky homes.