A major new report published this week sets out a huge scale of opportunity for city authorities to drive the green agenda and a potential £100 billion in local energy projects. Denise Chevin digests the report’s findings and the net-zero plans for four local authorities it spotlights. 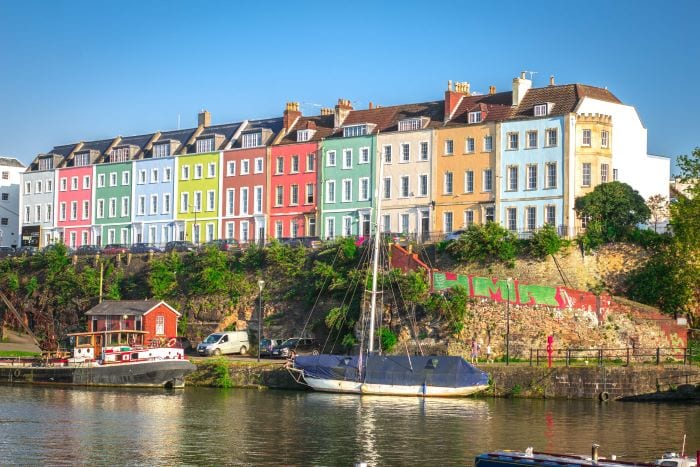 At Utility Week Live in Birmingham, last November a senior BEIS official made it very clear – meeting the net-zero target could not be reached from central mandate alone. Becoming net zero by 2050 relies heavily, he said, on support from regional government – local authorities. Certainly, there’s been a steady stream of cities declaring ambitious intentions to achieve net zero well in advance of the government’s own deadline. This includes places like Bristol, Glasgow and Nottingham.

A new report published this week, in partnership with Siemens UK and sponsored by the Department for Business, Energy & Industrial Strategy (BEIS) and EDF, picks up on this theme. The report from UK100 – a group of local authority leaders, sets out the scale of ambition, but lays bare the barriers.

The report Accelerating the Rate of Investment in Local Energy Projects  is based on interviews with more than 200 local authority leaders. Its top line finding is that if the government were to pump prime renewable energy projects with £5 billion of development capital, it could unleash a potential return of around £100 billion invested into the economy from the private sector for local energy projects, seen as essential for decarbonisation of the grid.

But all of the council leaders declaring citywide net-zero targets and looking for investment to do it, would have to be the first to admit that ambition is one thing, delivery is another. Certainly those that have invested heavily into energy retail have found themselves exposed to the brutality of the energy retail market with the introduction of the price cap. Though well intentioned, Nottingham City Council has suffered heavy losses as energy retail has struggled across the market and has now brought in advisors for Robin Hood Energy.  Bristol Energy is now up for sale after its high-risk strategy failed.

Investment in local generation, though not without its challenges is seen as attractive because of the jobs it would create and the knock-on fillip to the local economy more widely.

So, what projects could local authorities deliver and what has been achieved so far?

The barriers to local authority delivery

The report’s authors, Polly Billington, Charles Abel Smith and Malcolm Ball argue that local authorities are uniquely placed to help in this process and points to the benefits they bring, including:

However, the report warns: “Local authorities lack the development capacity to support local energy investment and deliver the net zero transition that their populations are demanding, despite being keen to do so.

“Their constrained resources are focussed on delivering their statutory obligations in other sectors and the current Covid-19 crisis has exacerbated this position.”

The report’s authors call for government support, to provide the necessary market certainty and stability to address the problem of the poorly developed supply chains which are needed to deliver this investment. It says support for local energy projects for net zero investment would be delivered most effectively through a new Net Zero Development Bank. UK100 director Polly Billington makes the case for the bank in a piece for Utility Week.

Where are we now?

The government has already recognised the potential for locally driven clean energy projects to contribute to the country’s transition to zero carbon by supporting the creation of five regional Local Energy Hubs across England in order to increase public sector capacity to bring forward local energy schemes.

The Hubs were set up in 2018 with initial funding until 2021. They are governed by representatives from each Local Enterprise Partnership (LEP) in their respective 10 regions.

In parallel, Innovate UK, the government’s innovation agency, embarked on its Prospering from the Energy Revolution (PFER) programme, designed to fund locally based energy system projects. This is focused less on innovative technologies and more on innovative business models, integrating a range of proven technology to deliver local clean energy systems at scale. Energy Systems Catapult-backed schemes also form part of this programme.

The report breaks down the list of projects to date:

So far local energy projects are on a small scale, and significant scale-up will be needed to meet net-zero targets. The report lists the potential opportunities to do this in the future: 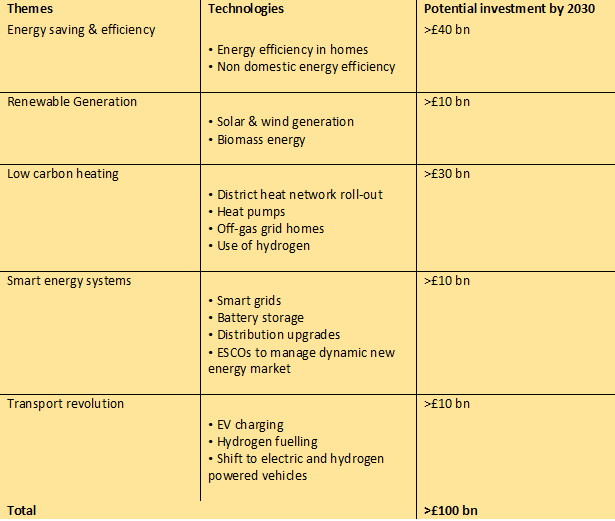 The report considers four urban areas in England which have strong ambitions to accelerate their transition to Net Zero and are at different stages in developing programme scale approaches to achieving this. Here are extracts describing what each of the four urban conurbations are doing.

Bristol was the first UK city to declare a climate emergency and has committed to being carbon neutral by 2030. It’s scale of ambition is recognised by Greta Thunberg no less who chose the city as a location for a Youth Strike 4 Climate event which attracted 15,000 people.

In May 2018, Bristol City Council CC released its ‘City Leap Prospectus’ which set out details of the council’s current sustainability programs, past successes and identified £875 million of investment opportunities across a range of sectors.

BCC’s ambition is to select a partner capable of developing and financing a portfolio of projects which will help the city achieve its net-zero ambition while delivering social benefits for its population. Bristol is in a relatively unusual position for a UK city as the delivery of many of the City Leap investment opportunities lie within the control of BCC because it owns or operates the underlying assets that will be needed to deliver these opportunities, such as 27,000 homes in the city, a corporate estate of 2,000 property assets and 500ha of land, representing approximately 40 per cent of the total land area of the city.

The council has a twin goal of becoming energy self-sufficient by 2030 and to support the work underpinning its climate emergency declaration.

The electricity generated from the Hull site will be used to power all council buildings via electricity distribution sleeving arrangement, securing savings in energy costs, whilst the remainder of the power will be sold to the grid or other public sector organisations.

The council has offered to fit solar PV installations on premises owned by third parties, on the basis that it will fund the installations and retain income derivable from them, whether from government financial incentives and/or from the sale of the electricity to the occupants of the buildings.

The council is also involved in supporting two local community energy companies. It has established its own charitable organisation, Warrington Community Energy, to manage the community benefit funds flowing from its investments in these sites. It will be making its first investments this year.

Warrington has used PWLB loans to provide long term funding for its solar PV investments. Many local authorities are reluctant, or lack the borrowing capacity, to use PWLB funding to support this type of investment so Warrington’s approach may have limited replicability with other UK local authorities

Nottingham has set itself a target of becoming the first carbon neutral city in England, reaching this target by 2028. The city has a wide range of clean energy demonstrator projects which have received support from InnovateUK and EU Horizon2020 programmes. These projects benefit from strong collaboration between Nottingham City Council (NCC), the city’s universities and private sector partners.

It is involved in a number of innovative energy efficiency retrofit and energy storage programmes across this housing stock. In the Trent Basin regeneration area its joint venture development partner, Blueprint, is working with SmartKlub to develop a subsidy free commercial model for community energy.

Whilst these are all at a community scale, the aggregation of a hundred or so similar scale schemes across the city has the potential to address the significant electricity grid constraints that the city currently faces and which will become more challenging with economic growth in the area and the switch to electric vehicles, the report concludes.

But GMCA, like other areas in England, does not have governance over all the infrastructure that is critical to its success. To help achieve its ambitions, GMCA has adopted an innovative `Mission Based Approach’, breaking the task down into a number of discrete challenges led by cross-sectoral Challenge Groups.

In comparison to Bristol, Greater Manchester is seeking to develop greater definition of what investment it needs as a city region to get to carbon neutrality and how it wants to procure it before going out to the market to select its partners.

GMCA is now assessing the potential for:

Following this it has invested in two sizeable commercial solar PV projects, a 34.7MW solar farm plus 25.7MW battery near York and a 27MW solar farm near Hull, at a cost of about £60 million.

These sites were developed by a national contractor, Gridserve, using private finance provided by Leapfrog and Investec Bank. On completion they were acquired by the council funded with a combination of its own funds and borrowing through the Public Works Loan Board (PWLB).

Releasing value from energy system digitalisation: what will it take?
On demand
Webinars
Taking a stakeholder-led approach on the case for TNUoS reform
12/05/2021
Opinion