With the pandemic highlighting how events in one country can have huge effects globally, we need to be more aware of the consequences of our actions on the rest of the world and feed this into our smart climate change policy. 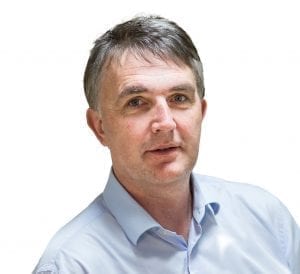 In the early stages of the emergency, I read comments from some climate change activists who suggested that the reduction in emissions, as industry shut down, was proof we could meet our 2050 carbon targets. As reality dawned on them, they have rightly not deployed this argument. Nothing will turn people against climate change action more than the prospect of major economic upheaval and huge disruption to their lives.

But there are some lessons we can take from this crisis. A couple of months ago, few people would have heard of the Chinese city of Wuhan. An even smaller number would have predicted that a bat infecting the food chain would cause global stock markets to crash; economies to nosedive and whole countries to lock down their population.

But that is the nature of globalisation: we are becoming increasingly interdependent. What happened in a Chinese food market had deadly consequences across the planet. It would be a huge mistake to think the solution is to close borders, despite its initial appeal. And some borders cannot be closed down. So we have to pay heed to the consequences of our actions elsewhere and vice versa. That is where smart climate change policy should now focus.

If we recognise our international obligations so that others are not harmed by our actions, then the lesson from Covid-19 will have registered. If we want to avoid mass migration flows from villages, towns and cities we may never have heard of, then preventing global warming is a must.

The other side of the climate change coin is the harsh reality of money. To pay for the economic actions to deal with the 2008 financial crash, the UK endured (in my view) more than ten years of austerity. Tackling coronavirus will cost the government more, and it will have to be paid back at some point, somehow. I’m not sure the shoulders of the average taxpayer are broad enough to support this as well as being asked to fork out additional cash for expensive measures to combat climate change.

This will mean government will need no-regrets and low-cost options to maintain the momentum towards net zero. Utilising the assets we already have will be a plus; harnessing green gas on the road to decarbonisation, essential.

Writing an opinion piece in the middle of a crisis is always a risky business, but so far the energy networks have delivered. I was struck by a tweet I read a few days ago, from a complete stranger, that said: “Additional shout-out to power station and distribution workers, gas, water, drainage, telecoms and all infrastructure. We don’t see you but you work tirelessly to keep the country functioning. Thank you.”

At times like this, such comments, I believe, reflect the opinion of the vast majority of people in the UK, even though they may not take to Twitter to say it.

Circumstances such as the coronavirus pandemic are the reason the industry spends so much time planning for emergencies. We hope those plans never have to be used, but when they are, and the energy keeps flowing into people’s homes, then it is time, effort and money well spent.

Talking about money, it struck me as note­worthy that Ofgem’s open hearings into gas distribution networks should have started in March. Against the backdrop we find the country in, getting gas into homes for £124 a year does strike me as good value. At less than £2.50 a week (how much do you pay for a cup of coffee at Costa?), I think the public receive good value for money.

From my experience, customers also think this. We all anticipate that the overall rate of return to networks will be lower in RIIO-GD2 compared with RIIO-GD1, but if the regulator is tempted to enforce draconian targets, then it will miss the big picture. Coronavirus has shown how vulnerable our society is, and how reliant it is upon public infrastructure, especially the people who keep it running.

When the virus has been combated and the dust has settled, I believe society will want to make sure that in future we have the capability and capacity within our systems to meet any other challenges that come our way. And if it means paying a little over 30 pence a day for a secure gas supply, then they will happily do so.