Utility Week’s Future Networks Conference was a forum for lively debate on topics from the tenets of net zero-friendly regulation to how networks should support local decarbonisation pathways and what responsibilities that have for stirring up public endorsement of the transition.

Is the premium fetched by WPD significant?

One of the most striking exchanges to take place between participants at the event however was an indirect one. Speaking on separate days, Ofgem’s director of networks regulation, Akshay Kaul, and National Grid UK executive director Nicola Shaw offered starkly contrasting views on what conclusions should be drawn from the high premium to the RAV (regulated asset base) achieved in National Grid’s acquisition of Western Power Distribution.

Asked on the first day of the conference to comment on the unanimous decision of transmission networks and the gas distribution sector to appeal their RIIO2 final determinations, Kaul defended the effectiveness and fairness of the networks regulatory regime and especially the proposed cost of equity. He said: “One indication that it is a very attractive regime at those levels is that we have had a major transaction in the market since the determinations were published in December with National Grid buying WPD – not for a small or modest premium to their RAV but a whopping premium of about 60 per cent.”

He continued: “It suggests one of two things. Either the actual required rate of return for investors is considerably lower than the cost of equity we have set in RIIO2 or the outperformance that is expected by investors is considerably higher than the 25 basis points we assume. Either way it suggests the allowed returns we set at 4.3 per cent remain extremely attractive for investors.”

Asked to respond to these comments on day two of the event, Shaw rebuffed them as “misleading”. Shaw said there’s lots that needs to be “separated out” within the WPD deal before leaping to conclusions about its implications. Shaw criticised Ofgem for displaying an inconsistent approach to its assessment of what is an appropriate cost of equity in the sector and emphasised that the move to buy WPD – which she recognised was “a very high-performing business” – was a strategic one which entails “lots of opportunity for growth.”

But she added: “It’s also a linked transaction. So Akshay’s focus on multiples of the RAV is slightly misleading because it’s not just about that transaction, it’s also about the sale of our Rhode Island business [Narragansett Electric Company] to PPL [the current owner of WPD].” Shaw went on to reaffirm National Grid’s reasons for lodging its CMA appeal, including its concerns about Ofgem’s use of the so-called performance wedge.

The march towards open data

UK Power Networks’ head of enterprise data, Matt Webb, gave a standout presentation at the conference on the foundations the energy network sector needs to be in place to embrace principle of “presumed open” data – as it was challenged to do by the Energy Data Taskforce in 2019.

Focusing mainly on the development of UKPN’s own net zero data strategy (within the context of its wider digitalisation strategy), Webb explained why the transition to an open data environment and the development of a digitally enabled energy system requires the implementation of practical, technological and cultural changes. He emphasised that delivering these changes requires sustained attention – not just the unilateral publication of data. The image shown below, drawn from Webb’s presentation, shows his interpretation of six core building blocks organisations need for a world of presumed open energy data.

Also touched on in Webb’s presentation was his work on the development of an industry open data maturity matrix to help create a standard way for organisations to understand their progress on this important and challenging issue.

The project will reutilise gas transmission assets from around the UK and will test their performance as they carry incrementally higher percentages of hydrogen, starting at 20 per cent and moving all the way up to 100 per cent. The facility will also by used for other specialist asset testing, for example explosion testing will be conducted to understand potential changes to hazard consequence areas for assets in a hydrogen future.

Critically, however, Green also explained how this project is an important enabler for National Grid’s ambition to bring forward a “hydrogen backbone” for the UK, which will focus first on linking UK industrial clusters (with industrial heating applications likely to be the first to adopt hydrogen) as well as likely points of hydrogen production.

Creating this hydrogen backbone in the UK is part of a wider shared vision held by H2GAR, an alliance of European gas transmission operators working together to understand the technical feasibility and economics of delivering hydrogen-capable infrastructure.

On the economics, Green noted that research proves conversion of existing gas transmission assets is likely to be three to four times cheaper than new-build and that the UK is in a strong position to capitalise on its existing asset base. The bulk of the cost for the UK, he added, is likely to be associated with the need to replace existing compression technologies. “Current compressors are good for a small blend of hydrogen but cannot take 100 per cent. So compression is going to have to be rebuilt,” he said. 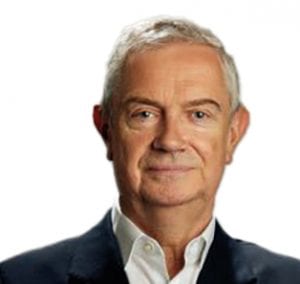 It was a delight to participate alongside colleagues from across the energy sector in Utility Week’s Future Networks Conference and have the opportunity to share Hitachi ABB Power Grids’ belief in the role of electricity as the backbone for our energy transition. We are currently involved in multiple UK projects devoted to bringing about affordable and clean energy.

It was really encouraging at the event to hear the aligned belief among industry leaders that the UK is at the forefront of international thinking about how to bring about this just transition to net zero. However, there was also a common acknowledgement that the heavy lifting is only just beginning.

Indeed, concern was expressed that the pace needed to decarbonise our industry is far more rapid than many might imagine. The next ten years are crucial to enable the UK to get ahead of the curve. Deployment of today’s available technology will enable us to achieve incremental but significant change in terms of decarbonisation and I believe it is vital that we deploy current technology now, with no regrets.

The more significant challenge will be the final stages of our journey to net zero, which will require investment, commitment and fundamental change. So, we must accelerate what is within the art of the possible today.

What also rang out strongly from executive speakers was their belief in digitalisation as the only viable way to manage swelling system complexity. More renewables means smart solutions to keep the grid stable. Digital technology has the power to help coordinate the interplay between renewables, shifting demands from IoT appliances and EVs, and the capabilities of the central grid. Investment in a smarter, more flexible grid is vital if the UK is to be a true global leader in net zero.

Finally, I want to note how fully I share the pride expressed by many participants in the part they are playing at this particular time in the energy sector’s unfolding history. The 2020s is one of, if not the most, exciting eras I have experienced during my 40-year career. For anyone interested in engineering, digitalisation, energy, and decarbonisation, this is a great time to join our industry.

“Our job entails much more than just keeping the lights on” 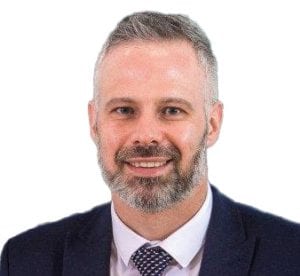 It was a pleasure to be part of the Utility Week Future Networks conference at a time that’s both challenging and exciting for our industry. At SP Energy Networks, we’re charting a course to net zero which keeps customers at its heart and enables our communities to meet their ambitions while protecting the integrity of safety and security of supply. What this means in practice for our networks and how we operate was very much the focus on my presentation at the event.

It’s important to understand that these are not just concerns for the future. We are experiencing the impacts of increased uptake of low-carbon technologies across our networks now and we know these are set to increase rapidly – especially as the UK drives for the green economic recovery from Covid which SP Energy Networks whole-heatedly supports. By 2030, we expect to connect 1.5 million electric vehicles to the network, up to 1 million new heat pumps, and over 7GW of distributed generation.

As the UK, Scottish, Welsh and regional governments drive towards net zero, society will need an electricity network that’s ready and able to support this change and growth in demand. It is clear that our job goes well beyond simply keeping the lights on. As we step up to the challenge of expanding responsibility in the energy transition, the whole industry needs to focus on developing ways to confidently manage complexity at scale.

One key building block for this, which I spoke about at the Future Networks Conference, is investment in network monitoring. Our investment plan will ensure that half of all local substations will have monitoring installed, laying essential foundations for the system digitalisation and visibility of data needed in our transition to a distribution system operator. Furthermore, I referred to how monitoring will enable extensive whole-system solutions, providing decentralisation and local decision-making and allowing us to continue to meet the demands of our customers and communities.

With that in mind, it was a pleasure to share at the conference the launch of our fourth and largest tender for flexibility, where we are seeking 1.4GW of flexibility services across 1,500 locations on our networks. We firmly believe flexibility is essential, alongside other innovative approaches in our net zero “tool kit” like active network management, fault level management and flexible connection arrangements, to delivering our decarbonised future. It complements our well-justified infrastructure investment plans and will help us ensure a just transition for all.

We recognise our role, and that of the whole networks industry, as a key enabler to net zero and we’re making the changes needed now to fulfil that role.