Fraudulent sales staff, dodgy customers and broken smart metering systems – energy supply can be a minefield for the unwary.

The UK energy retail market is a harsh environment for all players. Scale is no guarantee of profitability or protection – as demonstrated all too clearly in the drawn out demise of the beleaguered Npower brand and the massive job losses that will accompany its absorption into former big six rival, Eon.

At the other end of the spectrum the market also holds some particular hazards for the many smaller players that have entered with aspirations to disrupt and bring new value or better service to consumers.

Since the start of 2018, 15 challenger brands have collapsed, many of them blaming unexpected wholesale market variations, unmanageable compliance costs or, more recently, the impact of the retail price cap.

A recent industry meeting, held under Chatham House rules and hosted by Utility Week in association with software provider AMT-Sybex, sought to dig further into these small supplier stories and gain perspectives from those still standing, in order to understand more clearly the operational and regulatory issues putting their businesses at risk.

The trouble with Ofgem

The bracingly honest and open debate exposed widespread frustration with Ofgem for its inflexible attitude towards interacting with smaller suppliers. While all participants agreed that the regulator does not exist to help challengers keep afloat, there were numerous stories of apparently obstructive or opaque behaviours from the regulator that had caused headaches for smaller brands.

One supplier, for instance, explained how it had informed Ofgem of its intention to perform a major system switchover in a given week, only to find a day before the project was due to commence that Ofgem had sent a communication to more than 30,000 consumers telling them that the company in question was offering the cheapest tariff available on the market.

The system switchover had to be abandoned and all resources turned to manning a creaking contact centre because of the sudden influx of switch requests that the supplier was not equipped to handle. It subsequently went to the wall.

Unsurprisingly, given recent rows between Ofgem and some smaller players about payment arrangements for the Renewables Obligation, this issue also surfaced as a point of dissatisfaction. Participants complained of inconsistency and opaque messaging from the regulator around its willingness to negotiate special payment terms with suppliers.

One participant who previously worked at a recently failed supplier and is still active in the market, said that a refusal from the regulator to consider a proposed payment plan to cover RO commitments had undermined a financing agreement that would have kept the company afloat. Another participant claimed the regulator had reneged on an agreed payment plan, causing very public issues for the firm.

It should be acknowledged that Ofgem has recently written to the Department for Business, Energy and Industrial Strategy (BEIS) to request monthly payment options for RO commitments, but the wounds are clearly still raw for suppliers that have ­suffered under current arrangements.

Not all of the debate at this event was dominated by regulator-bashing, however. Other market challenges also emerged as common pain points for smaller suppliers – notably in three areas.

Several supplier representatives at this debate – especially those supporting field sales operations – talked about the challenges they have faced trying to identify and root out fraudulent sales agents.

One supplier said they see around a 30 per cent turnover of sales agents due the sackings for fraud. Another representative who previously worked at a now-defunct challenger brand said that around 10 per cent of field sales were found to be fraudulent or miss-sold. “Ultimately, that was enough to sink a supplier,” they said.

Suppliers facing challenges in this area are trying hard to develop more robust ways of identifying fraud, but said this is hard and can involve margin-eroding demands for investment and resources.

And it’s not just dodgy sales staff that are causing trouble. Dishonest customers too are having a disproportionate impact on the profitability of challenger brands, according to our debate participants. Scams propagated in internet chatrooms are leading to significant collections challenges for firms that cannot support significant bad debt.

A common swindle cited by our group was where customers with bad credit histories would use their children’s credit information when signing up to a supplier. Another was supplier-hopping, whereby a customer might switch every 20 days in order to avoid ever building up a level of debt that was worth pursuing for a busy supplier.

It was unanimously agreed that the regulator’s push towards faster switching will exacerbate the above issues with customer fraud and deceit. It’s a worry that overlays ongoing concerns about inefficiency and ineffectiveness in current industry switching arrangements and associated data flows.

Utility Week surveyed debate guests ahead of the event on the most troublesome day-to-day issues they faced and found that frustrations with the change of supplier process were felt across the board.

Meanwhile, the cost and resources required to develop “adaptors” for internal systems so they can interface with central systems undergoing major change programmes were identified as a real worry for some.

The national smart meter rollout also raised the hackles of our participants. The rollout was roundly denounced as a “shambles” that had resulted in real difficulties for all energy retailers and some specific problems for smaller firms.

While the prospect of half-hourly ­metering is key to the strategies of many suppliers to develop smart home propositions, numerous technical and operational challenges have soured any initial excitement around the transformative potential of the technology.

In terms of fulfilling installation requirements, our group of challenger brand representatives pointed out that they often struggle to get hold of the necessary hardware or strike installation contracts with asset providers since they lack appealing volumes.

And when they can secure the kit, they frankly claimed “it doesn’t work”. In particular, the group reported negative experiences of the latest SMETS2 smart meters, saying that the technology is less reliable than its SMETS1 predecessor – even given the interoperability failings that were widely reported in association with the latter.

All of the companies represented at the table said they found a high proportion of SMETS2 meters currently “drop off” communications systems shortly after installation, resulting in a poor customer experience and increasing the risk of billing errors. This raises the prospect of costly and resource-intensive work with meter manufacturers, the Data Communications Company (DCC) and, for most, the leading billing software provider in the challenger segment – Junifer – to overcome connectivity and integration challenges.

And this is just for credit customers. On the prepayment side, which accounts for a substantial proportion of the customer base at some of the companies represented at the debate, the smart meter challenge is compounded. There is currently no working SMETS2 prepay technology on the market and a technology solution is “some way off”. Nevertheless, continued rollout of SMETS1 technology has been vetoed.

Overall, the energetic debate and open sharing of experience demonstrated at ­Utility Week’s roundtable reflected a continued determination from smaller suppliers to contend the market share of incumbents and bring better value to consumers.

But there’s no doubt the headwinds are strong and suppliers who do not run a tight ship, with carefully pitched pricing, lean operations, agile technology and a beady eye on gross margins, will remain dangerously exposed.

There was a gloomy consensus that a continued focus on low-cost tariffs and rapid growth at some challenger brands means that a wash of cash continues to mask systemic inefficiencies and revenue leakage. Further supplier collapses will not come as a surprise.

Small suppliers must play to their strengths and capitalise on speed and agility. 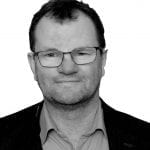 The life of the challenger brands in the energy retail market is fraught with danger and even the soundest looking business plans can come unstuck in what is an incredibly difficult and volatile operating environment.

The reduced barriers to entry have encouraged an influx of challenger brands, many of which join the market without the same level of industry knowledge and know-how of the existing players.

That, coupled with an unattractive wholesale market and a lack of support for suppliers when they are struggling, have put paid to many ambitious growth plans and have seen the demise of several of the smaller suppliers. It would appear that slow and steady may well win the race in this market.

However, all suppliers – large and small, low cost and niche value alike – are faced with changes in regulation and escalating compliance costs that could unhinge even the healthiest of balance sheets. Among these, the obligations involved in the smart meter rollout are key.

The interactions suppliers are increasingly being required to support with the DCC, as well as parallel changes to introduce faster and more reliable switching for consumers, imply significant changes to internal IT systems.

Smaller suppliers may have an advantage in the race to master these industry changes and keep moving forward. With visibility of end-to-end operations that the bigger beasts in the market can’t hope to achieve, challenger brands can be nimble in adopting modular technologies to handle new industry data flows and integrating these with existing systems, including billing engines.

The increasing availability of “pay as you go” SaaS-based options – including AMT-Sybex’s Marketflow – also plays into their hands by offering payment options that fit with the predominantly op-ex oriented nature of challengers.

The greatest learning from this roundtable was that there is a real appetite to continue building a healthy competitive market and for the smaller suppliers to keep challenging the big six (or whatever they may be called soon). There was a lot of passion shown for a market, based on a wealth of experience around the table, that has been going through a great deal of change and the resounding message was that they all wanted to do the right thing by their customers.

To do this, it’s essential that leaders within challenger brands equip themselves with technologies that can take some of the complexity out of back-office processes, present industry processes clearly, make data more accessible, and free up energy retailers to focus on their customers. They need systems that enable them to communicate effectively with the market and reduce the impact of avoidable market charges while increasing customer satisfaction.