A subsidiary of Calon Energy has proposed a modification to the Balancing and Settlement Code which seeks to improve transparency over bilateral trades by the electricity system operator (ESO) conducted outside of the balancing mechanism.

Although details of the trades, including volume and cost, are released by the ESO, the counterparties are not identified.

According to the proposal document, this anonymity grants them an advantage as they have access to information that is not available to the rest of the market.

P399 would address this issue by including their identify within the balancing services adjustment data used to calculate imbalance prices.

“There is incomplete and unfair distribution of information among market participants because of the anonymised nature of the trading actions taken by the [ESO],” the document states.

“This anonymity creates a barrier to transparency and thus efficient competition.”

It continues: “There seem to be an increasing volume of actions taken outside the balancing mechanism (BM) to manage constraints which make up a significant proportion of the system operation balancing spend.

“Previously most of these actions would have been taken through the BM where BM units/generators affected could be identified. However, as the proportion of non-BM actions increases this means an increasing volume and value of the system operation actions are becoming less transparent.” 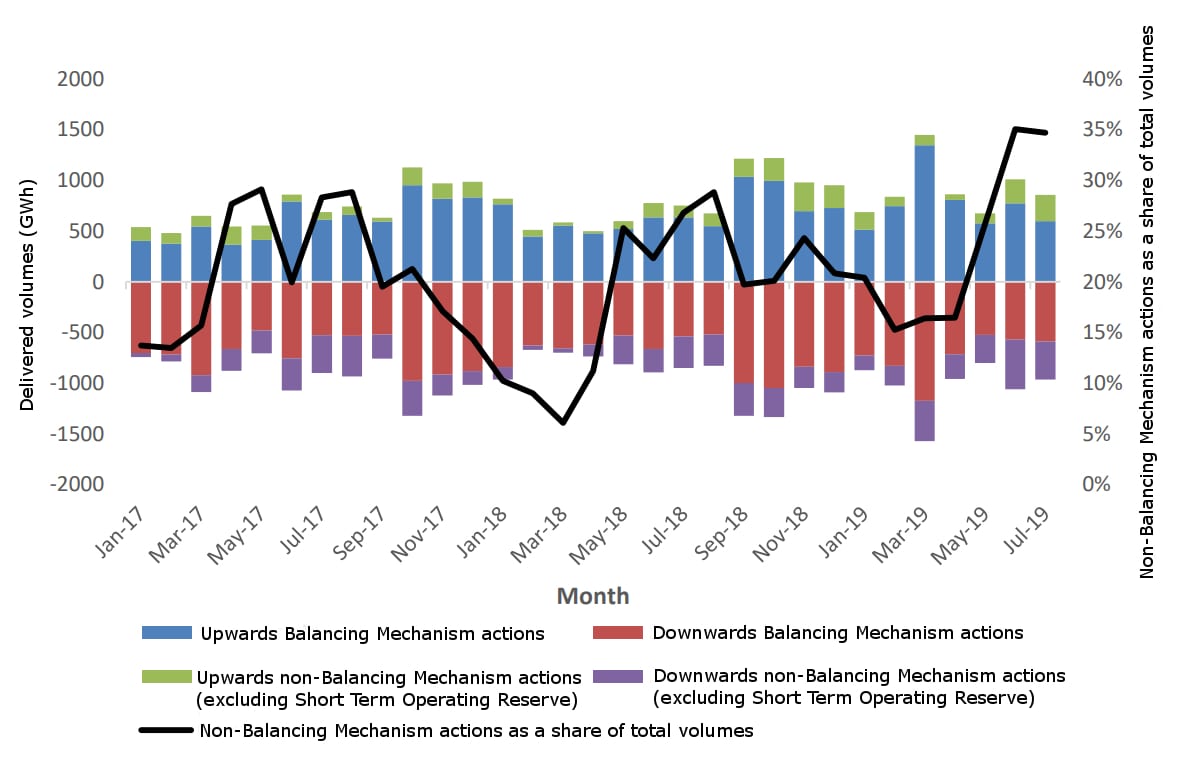 A modification workgroup is expected to convene in January.