Project director Gareth Burden lifts the lid on National Grid’s efforts to rewire London for the next 120 years by burying a 32.5km network asset beneath the capital.

While an overwhelming majority of Brits were booting up home offices for months of Zoom calls and virtual meetings on day one of the UK’s Covid-19 lockdown in March 2020, National Grid mobilised a seven-year, £1 billion project, to dig 32.5km of “Power Tunnels” – nearly as long as the total walking distance of the Three Peaks Challenge – 30m beneath south London to keep residents of seven boroughs connected to safe and reliable electricity. 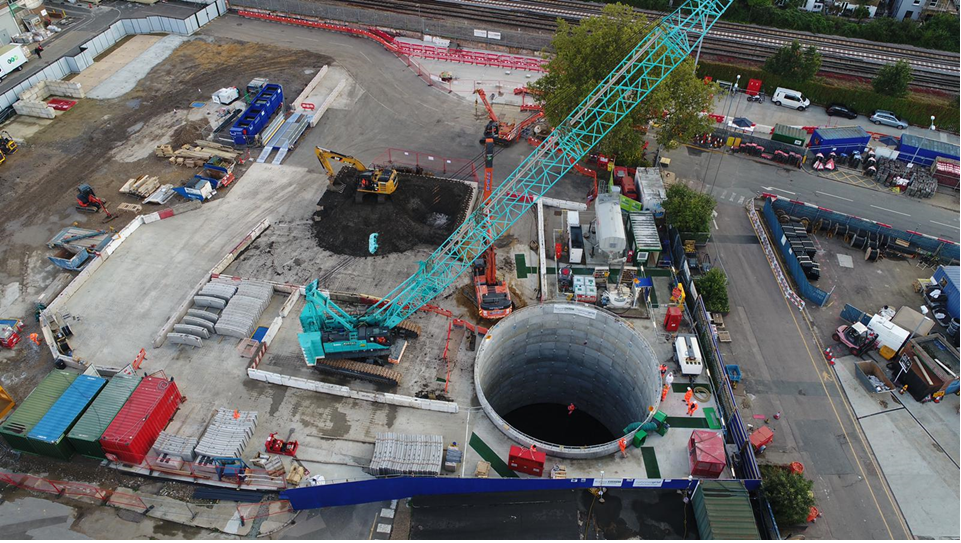 “We had foremen and operatives arriving to site with letters on BEIS and National Grid headed paper so that if they were stopped by police they wouldn’t get turned around,” National Grid project director Gareth Burden tells Utility Week Innovate. “You can’t quite believe that was where we were.”

Due to complete and be fully operational in 2027, London Power Tunnels Two, the southern leg of what Burden describes as “rewiring London and connecting with the capital”, follows the successful completion of a similar scheme to build 32km of tunnels and two substations in north London in 2018 – claimed to be the first major investment in the capital’s electricity transmission system in more than half a century.

Three metres in diameter, the tunnels have a lifespan of more than 100 years – though the high voltage cables they carry will need to be replaced more regularly to meet future demand and facilitate city-wide, whole systems, growth. 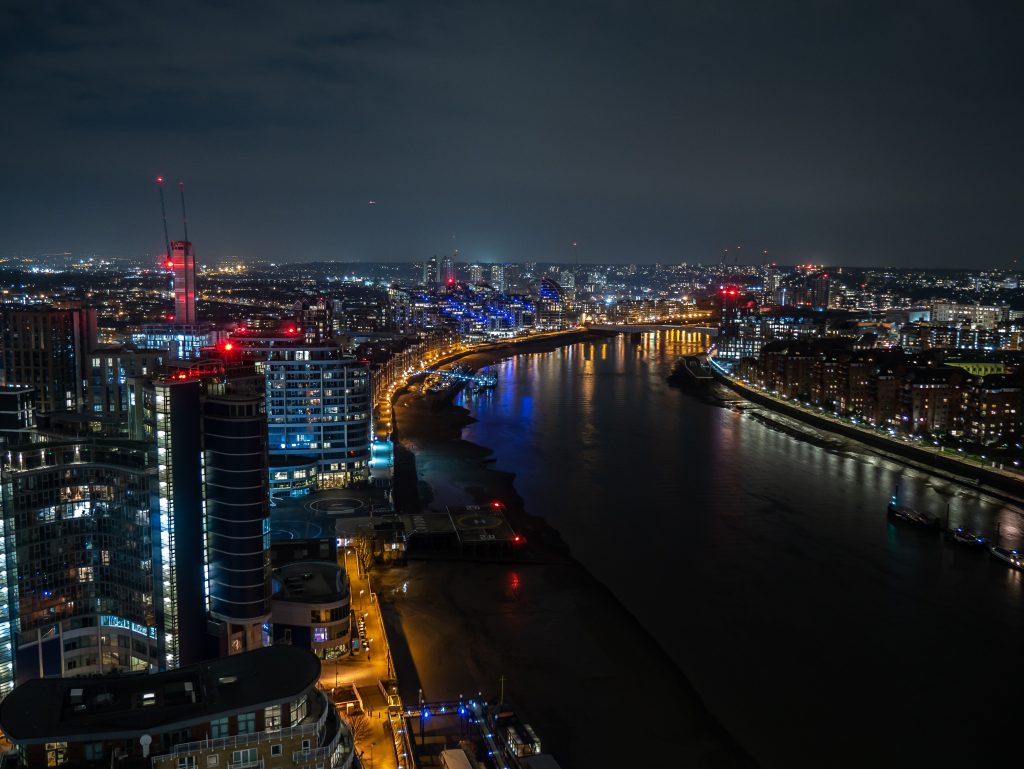 “We’re rewiring London because our connections between our substations rely on circuits that were put in in the fifties and sixties, and have reached the end of their asset life,” Burden says, explaining that new infrastructure enough to power half a million kettles will also facilitate demand load growth off the back of new developments at Battersea Power Station and Nine Elms alongside broader EV uptake.

“We’ll be able to re-cable with very minimal disruption to London as a city going forward,” he adds, “assuming we still need the transmission system in the way it is at the moment, and there’s no indication even in the long term, that that would change drastically.” 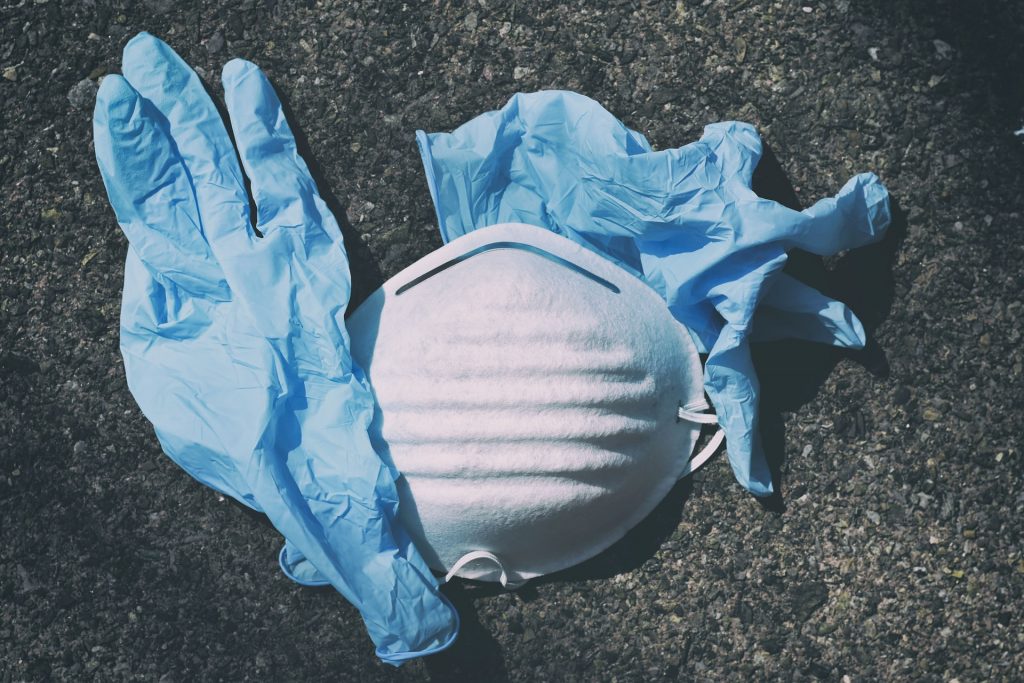 As well as starting work under a stringent code of pandemic practice – a rigorous “test, test, test” culture, outdoor briefings to ensure social distancing, and mask wearing – Burden highlights south London’s ground itself as “challenging”. “I remember going into the bottom of the shafts at New Cross and feeling like Mother Nature telling you we shouldn’t be doing this – it was raining downstairs,” he explains.

Yet, as of April, National Grid had four tunnel boring machines in the ground, covering 10.5 kilometers of tunnel, and a first breakthrough slated for summer. With around a third of the tunnels completed and cables on order from a company in South Korea, the project will “very quickly” become a fit out and cable installation project in November and December, according to Burden.

Leading the tunnel boring charge thus far has been what Burden describes as a “world first” automated ring build. He explains that the project’s standard tunnelling process sees six 800kg segments laid in a ring at the back of a boring machine before the machine is “shoved” forward through the most recent ring and repeats the process. 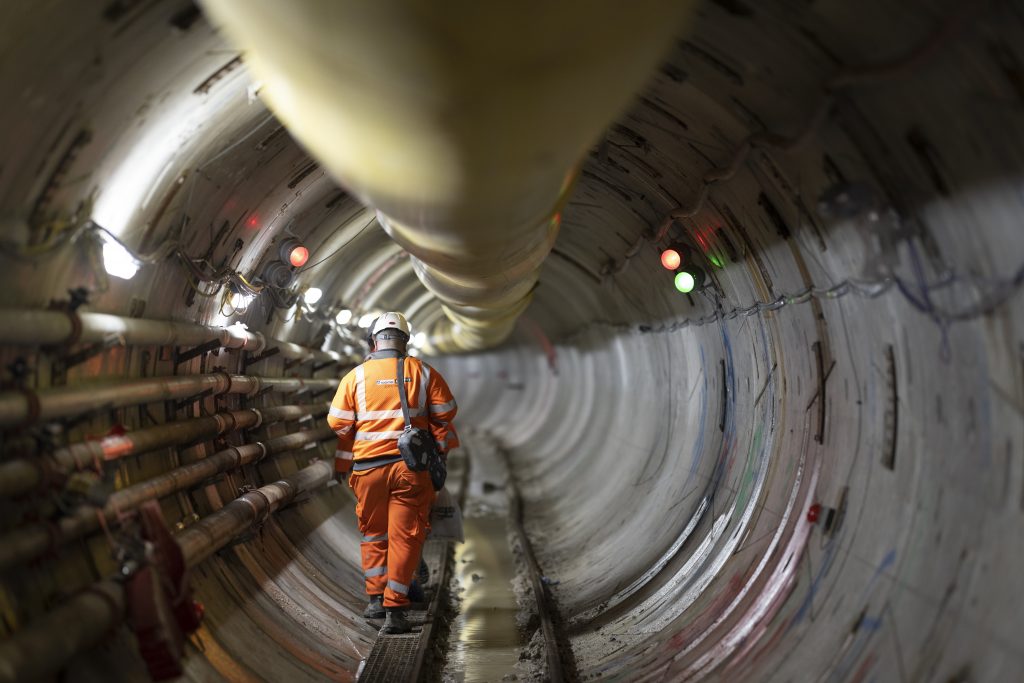 “Typically there’s a miner on a control that moves the segment in and out, but any sort of issue you have out the front is unforgiving,” he explains. “We’re about to enter phase four of a trial to automate that process rather than having someone on the ring erector on the controls with various bells, whistles, cameras and sensors – you’ll basically a push button and it will construct a ring sequence.

“We do our best to keep people away from those sorts of hazardous areas,” Burden continues. “There’s never going to be a time where there’s nobody at the front of that machine, but if you can move them further away from hazards like 800kg segments rotating then we should do that.”

Underpinning the project has been National Grid’s commitment to Project 13 – an industry-led movement to unite owners, partners, advisers and suppliers to work and innovate in more integrated arrangements, underpinned by long term relationships, and rewarding an enterprise based on value added to overall outcomes. 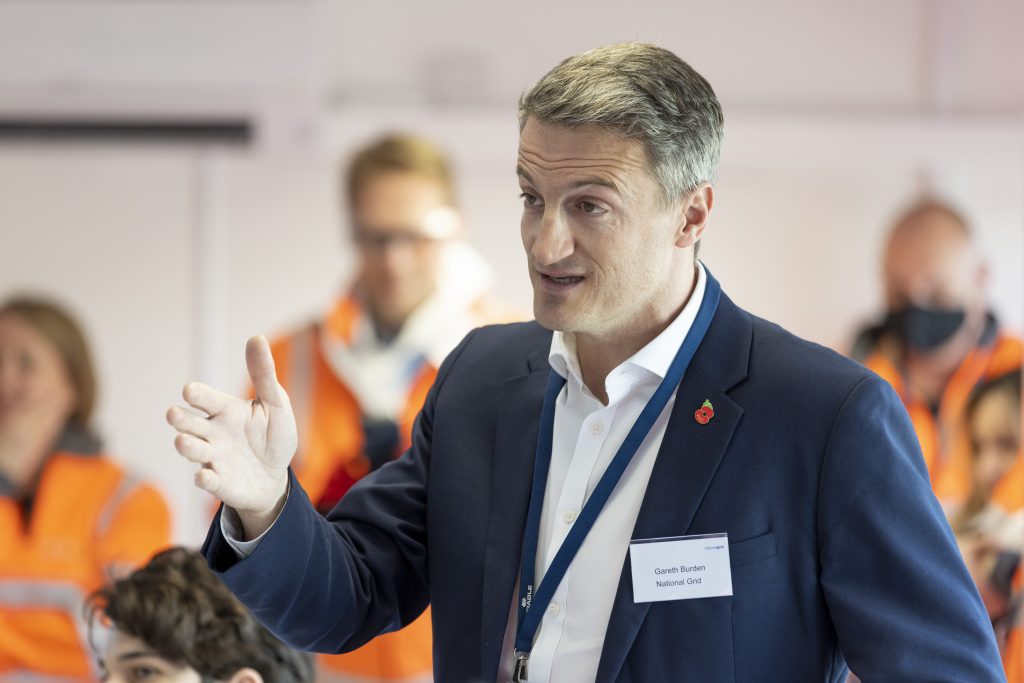 “It’s an initiative from the Infrastructure Client Group trying to look how we do infrastructure slightly differently,” Burden says. “We’ve got five big contracts that have collaboration clauses, for example.”

In keeping with this, on top of a claimed “world first”, Burden explains that National Grid has partnered with social enterprise Connectr to engage the next generation of engineers by sending site footage, videos and engineers into south London’s schools.

The partnership will prioritise STEM and career based upskilling opportunities for the most disadvantaged schools, colleges and young people across the seven south London boroughs impacted by the construction project.

“We said we’d have 100,000 contact points and we’re on for about 25 to 30,000 by the end of the school year,” he explains. “Careers education is probably one of the first things that fell away in the pandemic.” 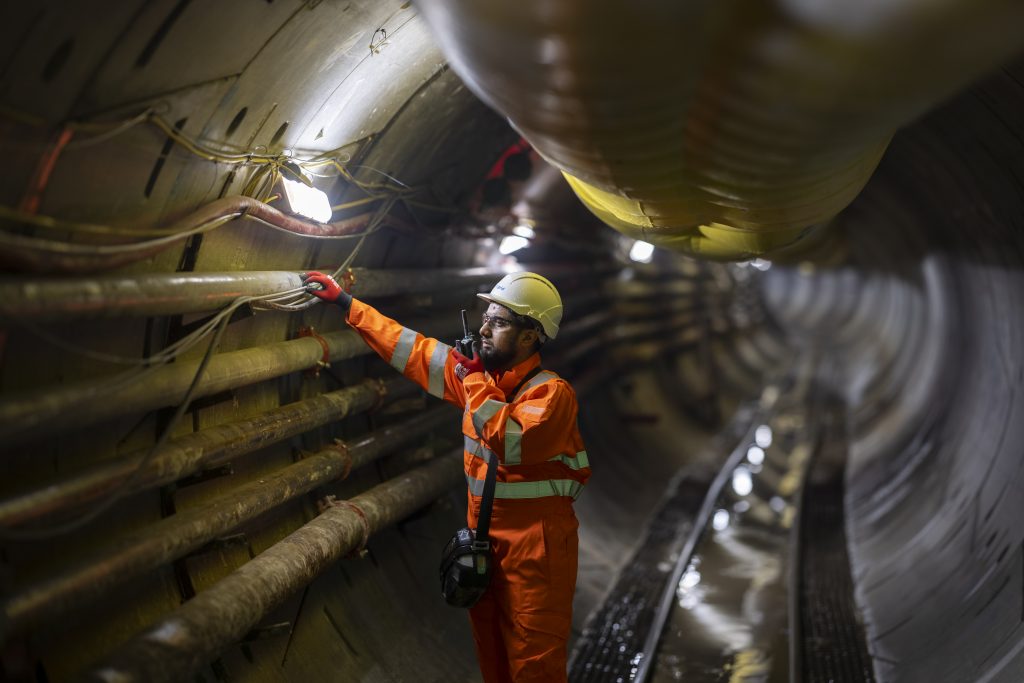 What’s more, in an effort to trim the project’s sizeable environmental footprint, Burden explains that National Grid is diverting 95% of project waste away from landfill, and has deployed cement free concrete on temporary works among a number of measures to cut carbon. “It’s a more expensive product, but nonetheless one that needs backing,” he says.

“Ultimately, if you have a problem on a permanent build – tunnel segments below ground, for example – that’s a big risk and designers are rightly going to be very cautious because you could end up with a collapse. But as far as laying concrete down for a flat surface on which you can then do work safely, it’s use shouldn’t be an issue. 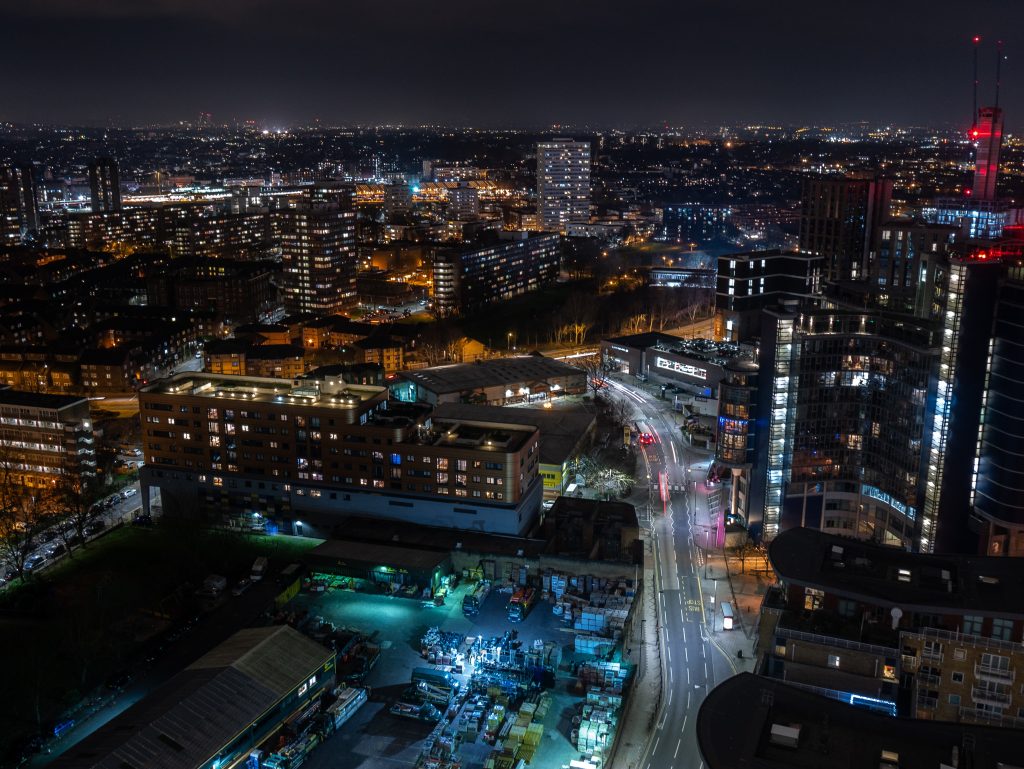 “Then we’ve done things in the permanent works to reduce design footprints and reduce the amount of concrete wherever we can, because ultimately if you save carbon, you save pounds – particularly with the fuel prices doing what they’re doing. We are incentivised to do that.”