The triumph of offshore wind has shown how long-term policy and price signals can rapidly drive technology forward – and even Boris Johnson is full on behind its expansion. But can the same model work for other renewables, or is it time for a new set of energy market reforms?

The records keep on falling. In April 2017 Britain

celebrated the first 24-hour period since the 1880s in which no coal was used to produce electricity. Fast forward to the same month three years later and the country began a run of coal free generation that was to last an astonishing 67 days.

Of course, 2020 has not been a representative year, with energy demand skewed massively by the pandemic. However, the trends are clear and it cannot be long before we see our first coal-free summer.

In fact, during the entire second quarter of 2020, coal accounted for just 0.5 per cent of all electricity produced, according to the latest Energy Trends report from the Department for Business, Energy & Industrial Strategy (BEIS). The share provided by renewables stood at 45 per cent – a nine percentage point rise on the same period last year although down slightly from the record high of 47 per cent in the preceding quarter.

Alongside these milestones consider the even greater advances in bringing down the costs of renewables projects. In August, the government brought out revised forecast costs for renewable energy which showed offshore wind projects commissioned in 2030 are now expected to supply power at less than half of the rate predicted in 2016. The same analysis also predicted a fall in large-scale solar cost of about 40 per cent against the previous estimate and a 30 per cent downward revision for onshore wind.

There is more to these records than a feel-good factor. To hit our goal of reaching net zero emissions by 2050 the UK needs to rapidly ramp up renewable capacity as it seeks to eradicate dirty fuels and cope with significantly increased demand sparked by the decarbonisation of transport and potentially heat.

To get a scale of the task at hand, in National Grid’s most conservative Future Energy Scenario the share of renewable generation will need to rise from its 2019 level of 120 terrawatt hours (TWh) to 372TWh by 2050 – a more than threefold increase. If that doesn’t sound as dramatic as you might expect, it’s worth clarifying that in this scenario we miss the mid-century net zero target.

Looking at the most ambitious route to that target, the UK would need to be generating 559TWh of green power. Prime minister Boris Johnson is promising a ‘green industrial revolution’. At his speech to the conservative party conference he announced a number of new measures to bolster offshore wind. This included a pledge to roll out 40GW of offshore wind generation capacity by 2030, confirming last year’s Conservative manifesto commitment to raise the existing target of 30GW.

So, can we get to the levels of renewables needed? The prevailing view is a heavily-caveated yes.

The writing is on the wall for fossil fuels

Jess Ralston, analyst at the Energy & Climate Intelligence Unit (ECIU), says: “Net zero in the UK now makes financial as well as environmental sense. BP has invested $1 billion in renewables and their response is going to make people sit up and take notice and see that this is now the future. “The writing is on the wall for fossil fuels.”

Ralston says the UK has the skill and the will to make even the wildest renewables dreams a reality. However, she warns that the missing piece of the jigsaw for this and other renewables targets is to make the case to investors that the UK is serious about decarbonisation.

“Investors need the long-term view that gives them the confidence they are going to have returns in the near future. We need clear signals of which way the market is going and which direction policy is heading.

“The key to the success of offshore wind was that there were clear long-term signals on what needed to be done and what return investors would get.”

The framework for this success came from the 2013 Electricity Market Reform (EMR) and specifically its introduction of the Contracts for Difference (CfD) auctions – the first of which was held in 2014.

Although other forms of renewables took part in early auctions the CfD has been dominated by offshore wind, and with dramatics results. Strike prices have fallen from £140-150/MWh in the first auction to as low as £39.65/MWh in the most recent round last September.

Technologies such as onshore wind and solar are to be readmitted to the auction process for the next round with the intention of seeing a similar impact on costs.

Nearly 12GW of electricity could be delivered in the next CfD round following an announcement in October that the government is doubling the size of contracts awarded through the mechanism.

Can anything compete with offshore wind?

Paul Dight, principal partner in law firm Addleshaw Goddard’s energy and utilities division, advised the government and the Low Carbon Contracts Company (which manages the CfD and is counterparty to the contracts awarded) on the creation of the mechanism.

He says: “In theory, the CfD architecture should support solar and onshore wind projects. The challenge is – how does it compete? The CfD is designed to be technology agnostic but of course it comes down to price and it’s very difficult to compete on price with offshore wind. So, you’re looking at increasing the size of the pot or carving it up in a different way so offshore wind is separated.”

Some commentators have suggested moving to yearly or even bi-annual auctions and Dight says this was exactly what was envisaged by many when the mechanism was being created.

“One of the constant themes when we talk to investors and the developer communities is certainty. Certainty drives ambition, appetite.

“When the CfD was introduced you felt a real groundswell because there was an expectation and anticipation that there was going to be money behind it. If you weren’t successful in this auction round, you could be successful in the next or the one after.

“You’re left with a huge amount of projects vying for quite a small pot, and then no real visibility as to when the next auction process might be or how much money is going to be available. So, you get lots of projects that don’t get a CfD and they need to look for alternatives. The alternative at the moment doesn’t look like waiting around.”

For the smaller to medium-sized generation projects that previously benefitted from participation in the Renewables Obligation programme before it closed to new capacity in 2017, Dight says interest is turning to corporate power purchase agreements (PPAs) – long-term contracts under which a business agrees to purchase electricity directly from an energy generator.

But Dight cites a tension between PPAs and the CfD process, with many projects suitable for both but having to choose between two very different approaches to structuring an investment package.

For George Day, head of markets, policy & regulation at the Energy Systems Catapult, this tension is holding many parts of the market in paralysis.

He says: “We need to move away from this very centralised approach to contracting. All the new capacity that comes on the system now has to have some kind of policy underwritten contract. And those central contracting mechanisms distort the markets in many ways.

“They cause problems in that we don’t have the price signals and the incentives for a lot of the flexible technologies to come into the marketplace. We have to find a way of migrating away from those kinds of interventions and let the markets work better.

“More granular price signals would provide better, more dynamic pricing and also better locational pricing, because currently we have got one wholesale figure for the whole country.”

Day acknowledges that the reforms brought about by the EMR have been “tremendously successful” but says it is time for a new approach.

“Now that we have got the cost of renewables down, there are a whole set of issues around the functioning of the market and the incentives to bring along the investment in system integration that will complement the variable renewables.

“You’ve seen a lot of focus recently from the government and Ofgem on smart flexibility plans but it doesn’t go far enough. It’s tinkering around the edges.

“We need some fairly big reforms of the electricity market. As well as carrying on investing in delivering renewables, we need a lot more investment in storage, flexibility, flexible generation, demand side response and smart controls.

“Renewables have been a success story but now we need a new set of reforms. Fundamentally we need to make price signals much more accurate and decentralise responsibility for contracting.”

WHAT ROLE FOR NUCLEAR?

A big unknown is what role nuclear power has in the generation mix.

Hinkley C is under construction in Somerset, but there is uncertainty in the market how many other projects will be built out – with EDF demanding clarity from Treasury on funding and policy. All our experts said that as things stand, it would be difficult to see nuclear not playing a part in the net zero pathway.

As Dight puts it: “There seems to be a suggestion that there have been great strides in tackling the intermittency point. I don’t see that. Certainly not to the point where the kind of technologies that typically provide baseline output are becoming less important. We will continue to need that mix of intermittent technologies and baseline technologies to provide security.”

His colleague Addleshaw Goddard partner, James Reynolds agrees:”20 per cent of our electricity is generated by the current nuclear fleet, most of which are due to retire before the end of the 2020s.  In my view it simply isn’t realistic to imagine that can be replaced without significant investment in nuclear new build as part of our overall energy mix.  I would like to see us take a much more holistic view of our sources of energy and how they will best work together to deliver secure, reliable, low carbon power, judging the cost of nuclear in that context.” 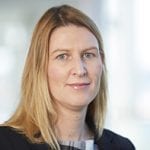 It is clear that to meet the Country’s net-zero emissions target by 2050, there needs to be significant additional clean energy generation and that in the UK nuclear energy still has an important part to play.  In addition to the 50TWh of electricity produced in 2019, nuclear energy is able to provide the baseload electricity and resilience that so far cannot be delivered through battery storage and demand side response (as seen during last year’s blackout).

The government’s pledge not to directly subsidise nuclear power plants and the large development and construction costs involved in comparison to other forms of clean energy generation has led to uncertainty in the sector – illustrated by Hitachi’s recent withdrawal from Wylfa. The government’s Energy White Paper, due to be published this autumn, urgently needs to address funding delivery models for nuclear projects to encourage investment from the private sector.

In the future SMRs may be the solution to plug the gap in baseload electricity, allowing nuclear energy to be delivered for a cost similar to off-shore wind, without the intermittency.  However, SMRs are a relatively novel concept and are not yet a tried and tested method of delivery.  So it is important to see government support for proven nuclear new build technologies now.

This article is an extract from the Green Recovery, a major new insight report from Utility Week in association with Addleshaw Goddard which will be published at our Build Back Better Forum taking place on October 20 and which Addleshaw Goddard is also supporting.