Lucy Yu, CEO of Octopus Energy research arm Centre for Net Zero, breaks down opportunities in energy infrastructure and reflects on the ongoing transformation of Arsenal’s Emirates Stadium into a flexible energy asset.

Supported by COP26 and the Premier League, #GameZero – a fixture between Tottenham Hotspur and Chelsea on 19 September at the former’s north London home – was recently celebrated as the world’s first net-zero carbon football game at an elite level.

Over the last five years, however, efforts have also been underway to turn the red half of north London green.

In 2016, Arsenal teamed up with Octopus Energy to implement a new set of tactics geared towards kicking its significant energy consumption – not least from its 60,000 seater Emirates Stadium – into touch, and switching to 100% green electricity.

In the time since, Arsenal has kicked off a club-wide sustainability strategy — designed to cancel out the negative environmental impact of every element of the club, spanning its first team’s air miles to floodlight efficiency and ground maintenance, according to Centre for Net Zero.

Alongside a raft of green initiatives – from a reusable cup scheme in tandem with drinks partner Camden Town Brewery to being the first Premier League club to commit to the UN Sports for Climate Action Framework – supporting self-generation capabilities has become a firm fixture at the Emirates. 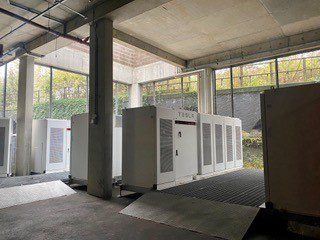 So far, the club has introduced 7kW Octopus Energy electric vehicle (EV) chargers in the stadium’s underground car park – enabling fans with EVs to charge during games – and installed a Kraken Flex boosted 3MW battery storage system with capacity to run the Emirates for an entire match or power 2,700 homes for two hours. Future additions to Arsenal’s line-up to harness the power of wind in and around the Emirates have also been touted.

Green goals are becoming increasingly visible in the world of sport, for instance – with Arsenal far from alone in their efforts. 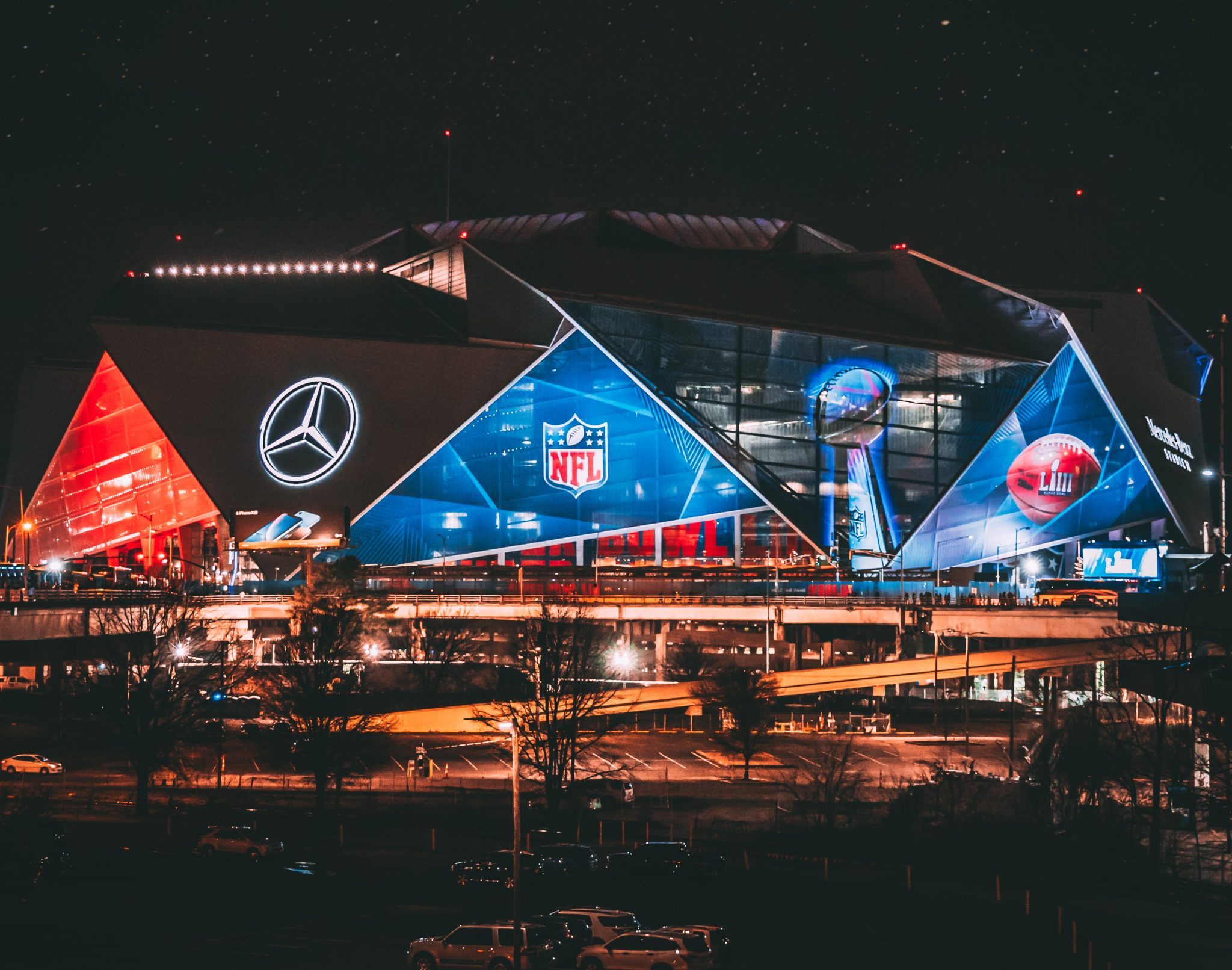 The Mercedes Benz Stadium in Atlanta – home to Atlanta United football club and the NFL’s Atlanta Falcons – became the first professional sports venue in the United States to achieve Leadership in Energy and Environmental Design (LEED) Platinum Certification for its commitment to renewable energy, stormwater management, and water efficiency, for example. 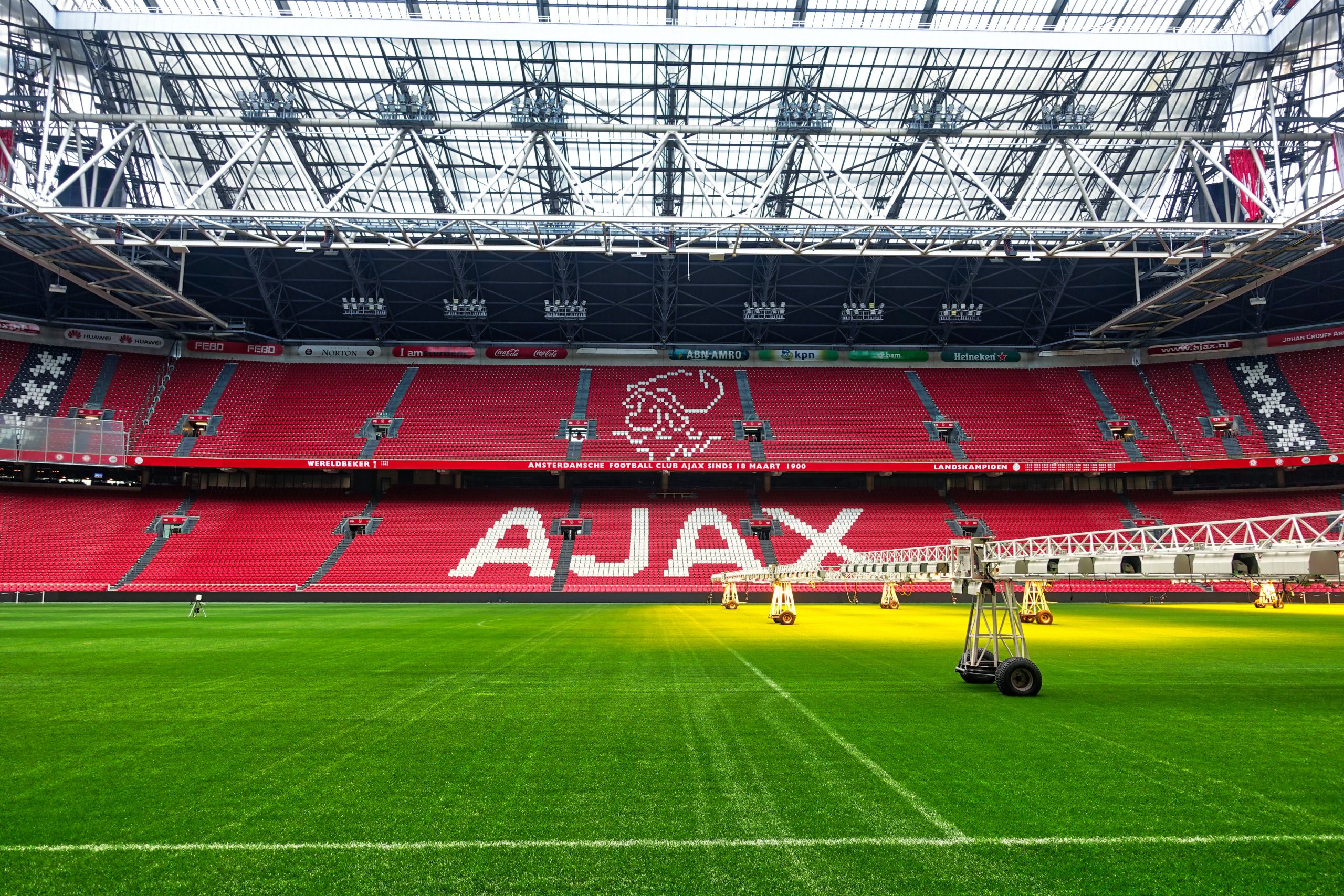 According to Lucy Yu, CEO of Centre for Net Zero, flexible energy projects such as these are indicative of what a future energy system may look like, and the potential need to harness existing infrastructure, especially in urban areas.

“Generally speaking, in areas that are more built up they are potentially likely to have more complex energy demand, but also, they’re likely to have less potential to develop completely new energy infrastructure from scratch,” she tells Utility Week Innovate.

“Therefore, in thinking about what does a future energy system – which is well optimised and can also be optimised at the local and regional levels – look like, then that would necessarily mean it becomes more important to consider what existing infrastructure you have.” 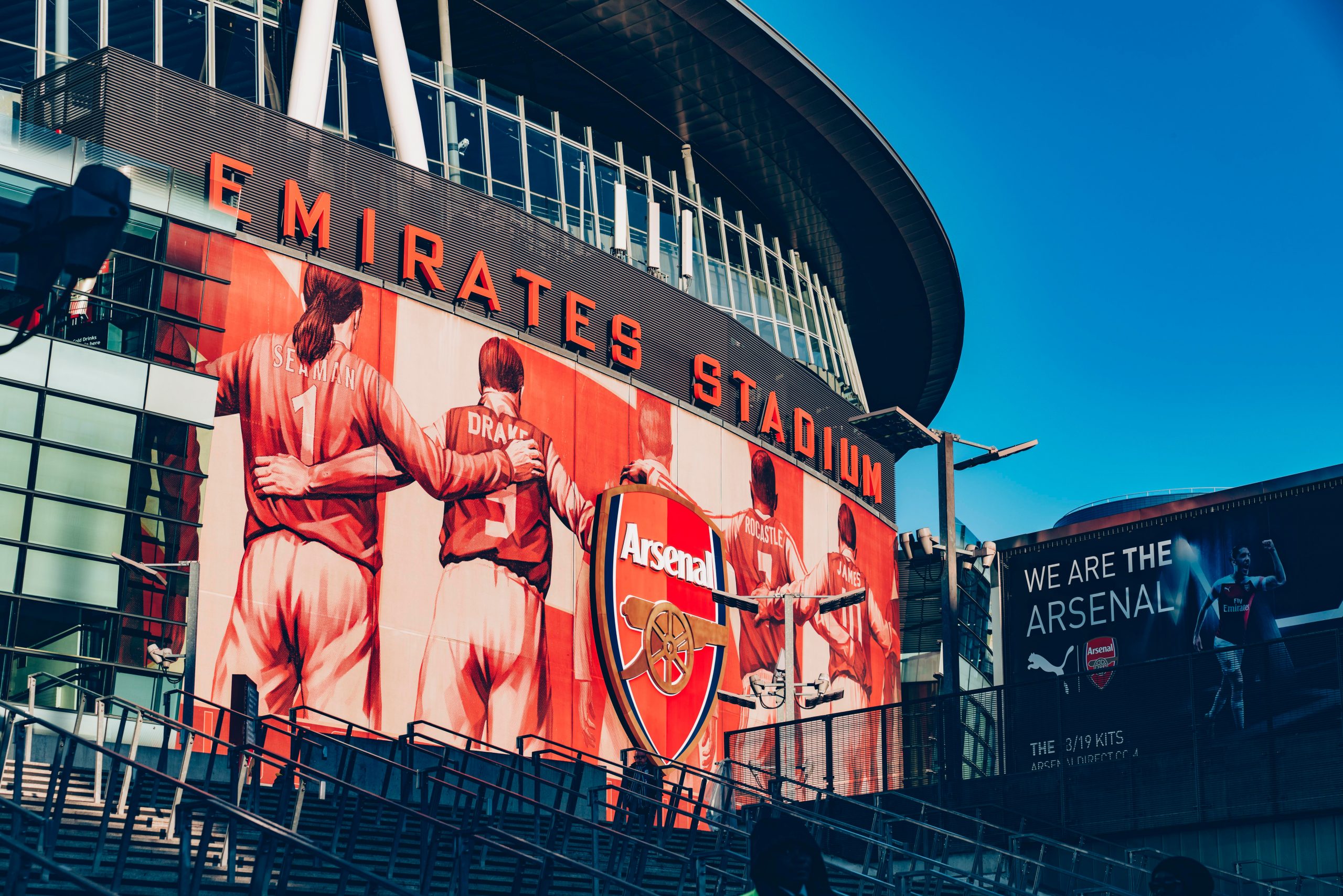 While a recent visit to the Emirates by Centre for Net Zero raised the question of adapted infrastructure operating as virtual power plants for local housing and communities, Yu highlights the potential for them to be key players in an even broader sense.

Rather than offering a direct private wire setup, she states that assets such as stadiums could be connected to the grid and able to respond dynamically to support the balancing mechanism locally.

“Community energy is interesting because there are some people who interpret this as almost being a private wire setup – if I’ve got solar panels on my training ground, I then have a private wire set out for the houses on the next street, and they are getting that energy on my solar panels,” she explains.

“Whereas I actually think if you want to think about the full benefit of these pieces of infrastructure as flexible energy assets, then you’re really talking about their role in the wider local energy system.”

With this in mind, Yu explains that therein lies an opportunity for local authorities to team up with the energy sector to take an innovative approach to flexible energy assets during planning applications. 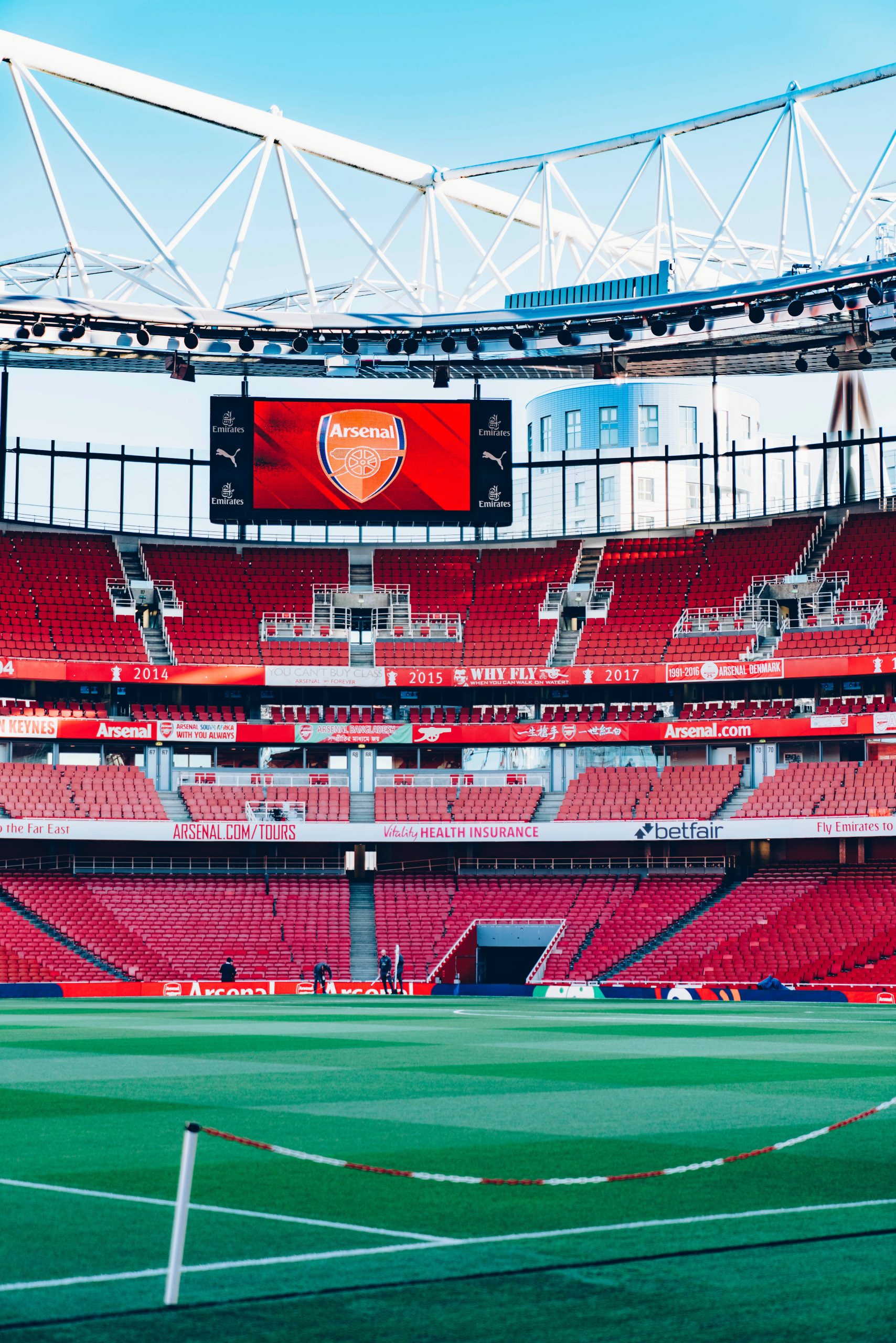 “In the UK, at least it is the local authority by and large that controls all aspects of the planning and land development process,” she says. “I feel there’s a real opportunity here for them to work with DNOs to consider completely new applications.

“Where land hasn’t been developed currently, it’s effectively a blank sheet of paper and I think there’s a big possibility for them to be really thinking about all of these concepts. So looking at applications that come across their desk, working with the DNOs, and understanding how they could form part of the future energy system – and how they might actually be used as flexible assets within the network.

“Even if those applications have nothing to do with energy – whether it’s a supermarket or shopping center, a hotel, an entertainment complex or whatever it is – not just looking at the application according to the criteria they would look at it in on a conventional basis, but also building in consideration of its energy profile and its potential for flexibility.”

However, Yu caveats that underlying challenges vary from building to building: “Where it is, who owns and controls the infrastructure, and for leased infrastructure, just because there is another entity within the process, it is likely to introduce more complexity.”

Yu also outlines the challenge of creating a two-pronged “business case” for adapting existing infrastructure to contribute to the needs of the grid, and potentially establishing a model pairing  available finance with available infrastructure.

“If I use the Emirates as an example, one of the things we talked about in our blog was the battery system that they had in the car park,” she explains. “That’s a huge battery, it’s way, way larger than anyone would ever have for home storage, for instance. Those things aren’t cheap.

“If that’s the sort of project that you as a business want to do, you either need to have deep enough pockets to buy that outright or, in most cases, you might decide that some kind of leasing model makes a lot more sense.” 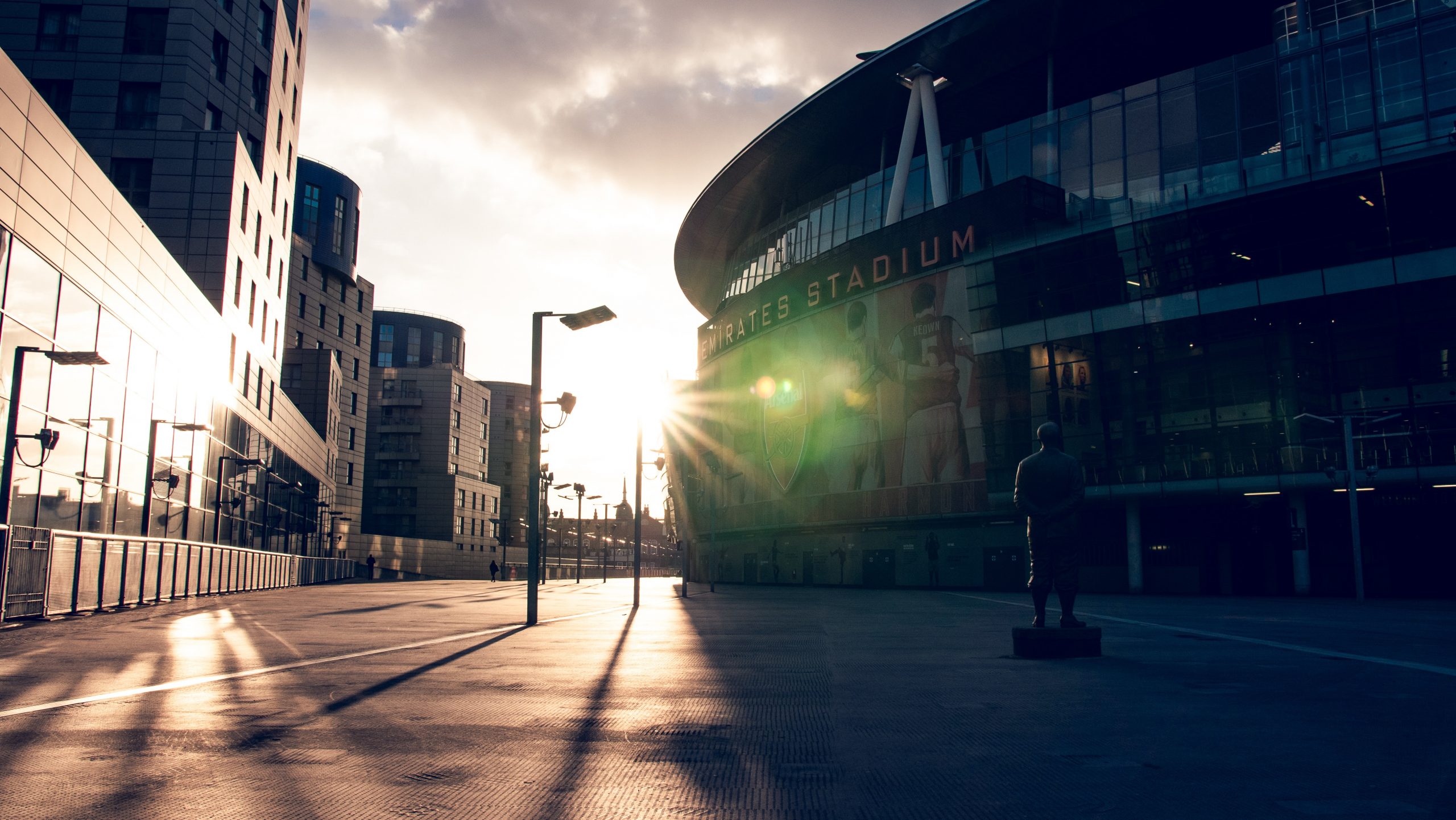 On top of initial financing, having the knowledge and technology to exploit assets on an ongoing basis is also paramount.

“If I come back to the Arsenal battery, one of the things we talked about in relation to that was the ability to buy electricity from the grid at times when it was less expensive and store it in the battery – and then sell it back into the grid at times when the market price is higher, and therefore making a positive return on that,” she explains.

“For Arsenal, they’re currently using the profit they make from that to fund other sustainability projects – but the key point here is that there isn’t somebody who’s manually tracking the market 24/7 to know when to flip a switch from import to export, there is a clever piece of software that is managing that on their behalf. So effectively a software layer, or a kind of management wrapper, that helps you make the most of the energy assets that form part of your project.”

Yu also forecasts that the next decade will see the industry begin to create a “real value chain” and a greater role for automation in helping users fully exploit flexible assets.

“How do you use automation and how do you deploy a software layer and use automation to make all these devices act in a way that optimises some certain objective?” she says. “At the moment, I think there are relatively few companies in that space – and the ones that are still relatively early – but I think this will be a much bigger area in the next five to 10 years.”

New approaches to asset management and maintenance and Delivering smart energy networks are among the frontline challenges at the heart of Utility Week Live 2022’s live content programme.