Energy retailers will be the lead players in bringing customers along on the net zero journey, so it is vital that they are freed up to find innovative ways to enable that transition. Energy UK’s chief executive shares her views as part of Utility Week’s Countdown to COP.

What opportunities does COP26 represent for the utilities sector, and how can we capitalise on them?

This is a really critical conference because it’s the meeting in which international governments should be specifying how they plan to deliver on their commitments to the Paris Agreement (Nationally Determined Contributions) and that’s important for the utilities sector because there is no roadmap to staying within 1.5 degrees of warming (the target set in Paris) which doesn’t require a massive transition away from fossil fuels to clean forms of power, heat and transport over the coming decades. A strong commitment to change from national governments should help unlock the massive investment in the energy transition we need and lead to strong market frameworks in which utility companies can innovate for the future.

What does the UK need to achieve in the next nine months to present itself as a world leader in tackling climate change? What role can utilities play in that? 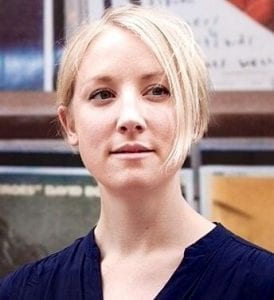 The UK has a solid reputation on climate change action, largely because of our governance frameworks (the UK carbon budgets, Contracts for Difference etc) and the way in which we have decarbonised our power system – we are founding members of the international Powering Past Coal Alliance, for example.

The UK’s job is to organise successful negotiations and we learned from Paris that the more work that can be done in advance to get national governments and businesses to make public and binding commitments to action, the more successful the COP is likely to be.

The UK’s leadership of the COP will be more credible if we are doing as much as possible domestically. Over the next nine months we should be implementing policies that actually deliver on our 6th carbon budget – starting with the proposals made in the Energy White Paper and in the Prime Minister’s 10 Point Plan.

Where do you see further opportunities for pan-utilities co-operation on the path to decarbonisation?

I spoke at the launch of the water industry’s Net Zero strategy and what is striking about the decarbonisation of other utilities is that they have a dependence on, for example, electrification of transport for their fleets – or more low carbon generation to power their plant. Other utilities are huge energy consumers so it’s great for them to be thinking about efficiency, investing (sometimes directly through PPAs) in the decarbonisation of the system and doing what they can to ‘green’ their supply chains. The energy industry will need to work closely with more areas of the economy to deliver net zero and we’re very keen to support others by sharing expertise – as shown by the guide we published for electrifying commercial fleets, to name one recent example.

What is your principle ask of government and/or regulators to unlock the sector’s potential to accelerate the green transition?

In the UK, decarbonisation will require billions of pounds of private capital to flow into new infrastructure, products and business models. Some two thirds of the total expected investment in the low carbon economy is expected to be private, rather than public capital.

We need regulation which allows a commercially vibrant, competitive, and successful set of energy retailers and service providers to invest in new business models and help consumers with new products like EVs. This is particularly important as the challenge moves to decarbonising buildings and transport systems over the next decade, given that retailers will be the ones helping customers change their energy use.

On the infrastructure side, we need investable, stable markets and some serious thought and capital put into sorting out non-market barriers – like having a skilled and diverse workforce or the right enabling infrastructure in place to continue the pace of decarbonisation.

The energy sector is in the middle of a transformation, and a low carbon one at that. To a certain extent what we want is for government to set a clear framework, which allows business to innovate. The success of UK renewables in the last decade has shown that we can decarbonise much, much faster than expected if the government gets the regulatory environment right.

How can utilities help to encourage all consumers to be more active participants in the net-zero journey?

For the whole sector, there is a job to be done to inspire consumers about the technology and lifestyle changes coming – there are some beautiful adverts and campaigns I’ve seen from industry that feature wind turbines, electric vehicles and even heat pumps, for example. The industry is also going to build a lot of the enabling infrastructure on the system that will allow consumers to have affordable, green energy with more services – from batteries to green power stations.

But it is energy retailers that are going to be taking the leading role in helping consumers reduce their own carbon footprints: installing energy efficiency measures and smart meters; engaging consumers on their energy use through apps, smart products and time of use tariffs; offering green tariffs which allow them to invest in renewables; and offering new services which help consumers access technologies like heat pumps, EVs, solar PV, or batteries in their homes. This is why it’s so important that our energy companies can innovate because it is through offering these new services, and making it easy for customers to be part of the energy transition themselves, that we’ll get public permission for the ambitious Green Recovery we know we need.