Submissions for 15 strategic water resource schemes have been put forward to Regulators’ Alliance for Progressing Infrastructure Development (RAPID) as part of resilience plans.

The projects include new water resources and moving existing supplies between regions. 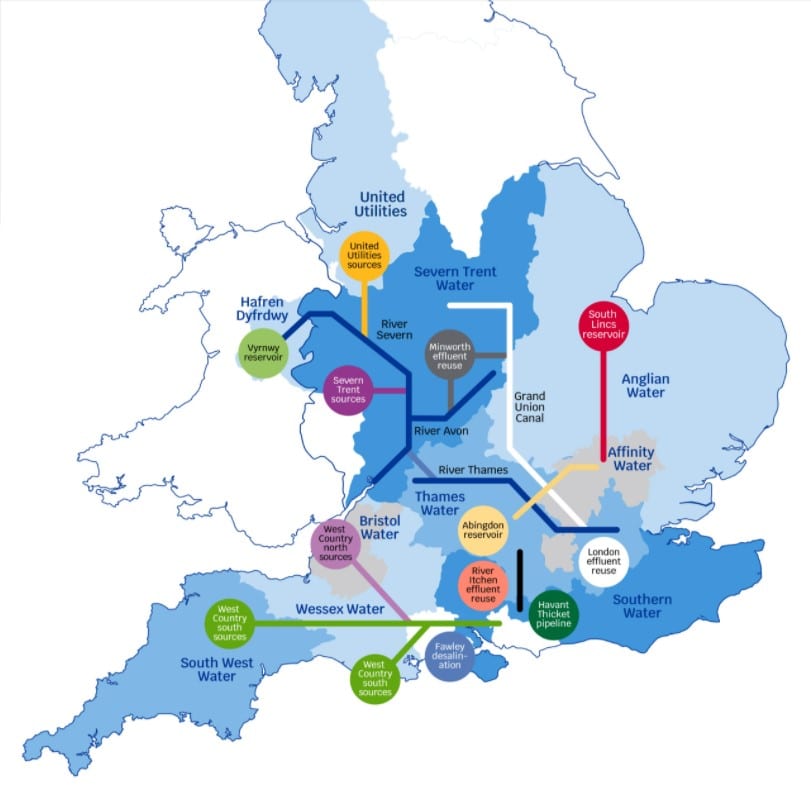 In PR19, £469 million was ring-fenced for RAPID submissions to be shovel-ready for the next regulatory cycle from 2025. The Alliance is made up of regulators Ofwat, Environment Agency and the Drinking Water Inspectorate as well as CCW, Natural Resources Wales and Natural England. RAPID was conceived to work through regulatory barriers to large-scale inter-region projects.

The submissions pass through a gated process. At the first, RAPID will assess whether proposals should progress; what incentives and costs should be applied; whether there are alternative of additional solutions that should be considered; and what needs to be done for the next step in the process.

Affinity Water is working to cut all abstraction from chalk streams in its region and therefore needs to secure new water sources. It is involved in six projects:

Anglian also proposed a Fenland Reservoir with Cambridge Water for a site in the Fens either to the east or west of the Ouse Washes.

Thames has proposed the London Effluent Reuse scheme, which would see effluent or sewage treated through an advanced water recycling plant or a tertiary treatment plant and discharged into the Thames or Lea where it could be abstracted as a raw water resource.

As well as a regional transfer to Affinity, Thames and Southern Water have proposed six feasible options to transfer water from Thames’ region to Southern’s Hampshire zone. Each of the proposed options requires a new source of water that will link to other RAPID gateway projects.

Further north, schemes proposed by United Utilities include the Vyrnwy Aqueduct and a UU Sources project to develop new water resource options to feed into transfer projects to move water further south. The aqueduct would be to maintain a resilient supply for UU customers supplied from the existing aqueduct during times of transfer.

Wessex, South West and Southern have two connected schemes to serve as an inter-region transfer moving resources into Southern’s Hampshire zone from a number of viable sources in the west.

Draft decisions on the submissions will be published in the autumn to align with the water resource management plan (WRMP24) submission date of 31 October. Each submission will go through up to five gates to ensure progress is being made in the development of each solution. This will allow Ofwat to make decisions on continued funding for progression.

Southern is also involved in transfer projects submitted through an accelerated process that passed through the first gate in January and will proceed to the second in September.