The smart meter rollout has become mired in controversy but behind it all is there a huge missed opportunity to make a very public commitment towards the net-zero emissions target? Jane Grey reflects on what leading commentators at Utility's Week's New Deal for Utilities debate had to say on the matter.

There was an almost palpable sigh of relief across the UK energy retail sector when government revealed its intention to extend the national smart meter deadline out to 2024 earlier this month. 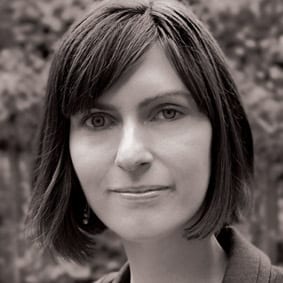 For suppliers and installers who have relentlessly highlighted the madness in stubbornly maintaining the 2020 target in the face of mounting evidence that it is unachievable, the news was undoubtedly welcome.

But discussion at Utility Week’s New Deal for Utilities debate this week also highlighted that the deadline consultation is shying away from an important opportunity to grasp the net zero nettle and take a demonstrable, publicly visible step towards the new 2050 target.

Why, if the government is now minded to review its approach to rolling out smart meters, is it not opening its mind to the idea of making their adoption compulsory?

Industry big wigs at Utility Week’s Westminster debate made lucid and heartfelt arguments in favour of this. Eon’s chief executive Michael Lewis and Npower’s chief regulation officer Chris Harris both highlighted how fundamentally important it is that the UK can build the base layer of accurate consumption data if assertive action is to be taken to reduce and better manage demand. They pointed out that with power generation already significantly decarbonised, it is this customer-end opportunity to curb emissions that really matters now.

But this isn’t just a get out clause from supplier representatives struggling to fulfil their installation quotas. The Committee on Climate Change’s chair, Lord Deben also backed the call for compulsory smart metering – across water as well as energy – as a way to kick start progress towards net zero.

Would it be such a controversial move for government? The Extinction Rebellion and Greta Thunberg’s Global Climate strike have made the public upswell of support for stronger action against Climate Change very clear.

In a new survey conducted by Utility Week, in association with Harris Interactive, we found that 78 per cent of our 2,114 respondents supported the net zero ambition – though 41 per cent added that they did not feel the 2050 deadline put enough urgency behind the issue.

With such strong public support for decarbonisation, a decision to make adoption of smart meters compulsory could easily be spun as a bold show of commitment to climate change mitigation that would appeal to the vast majority of the voting public.

Lingering nervousness among policy makers about appearing too authoritarian should also be assuaged by Smart Energy GB’s consistently positive findings around consumer satisfaction with their new meters.

Despite the admittedly irksome issues many consumers have experienced around interoperability and a handful of other technical glitches, figures from the rollout campaigning organisation show that 74% are positive about the meter and installation experience a year after making the dumb-to-smart switch. With SMETS 2 meters now finally being deployed, this figure should increase.

And it’s not just the environment that could benefit from decisive action to get smart metering done.

The rollout could be the lifeline that utilities struggling to achieve legitimacy need to transform their relationship with sceptical public. For until utilities can accurately understand primary consumption, they cannot be effective in helping to reduce demand.

If they can’t reduce demand, then bills will continue to rise and there will be no hope at all of gaining consumer trust.