Leak detection technology heading in a new and exciting direction 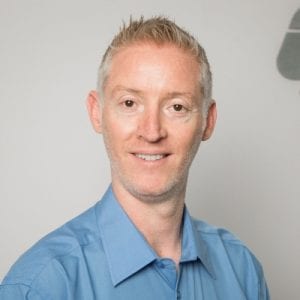 NB-IoT acoustic loggers are set to plug infrastructure, cost and eco gaps across the global water industry, with the first concerted rollout already seen in the UK.

Two industrial waves are set to crash into each other in the coming years as vast amounts of water leakage put a strain on cost and environmental efficiencies at the same time as the world undergoes cellular communication network shifts beyond 2G, 3G and even potentially 4G.

In the UK alone, around three billion litres of water are lost to leaks every day, with Ofwat – the country’s Water Services Regulation Authority – urging national water companies to reduce this figure by 15% before 2025.

To do so, utilities need to understand the situation, and this requires clear, usable data coming from communication forms other than 2G and 3G – a staple for leakage monitoring and sensing in recent years – which soon will be banished to the doldrums.

It’s not just a UK issue, either. In Canada, 2G is set to shut down even sooner – this year in fact. In the US, that ship has already sailed in some states, as is also the case across much of APAC.

Over the next decade, the global water industry will be tackling its most severe challenge to date, without much of its familiar armoury.

Low power wide area networks (LPWANs) have long been earmarked as the vessel to navigate this turbulence. The need for clear data to allow for consistent and accurate monitoring of pipes has led to a more concerted uptake of innovation in this area.

As epitomised in Southern England and through utilities body, Southern Water, the greatest potential lies in narrowband internet of things (NB-IoT) communications.

Around 700 Gutermann Zonescan NB-IoT acoustic correlating sensors have been fitted in the city of Southampton as part of Southern Water’s 2040 target to reduce water leakage by 40%.

Paul Chandler, UK Sales Manager at Gutermann explains: “The devices wake up at 2am each morning, record a sound file and sends it to our cloud-based software, Zonescan.Net via NB IoT.

The software then analyses the data, performs daily correlations with neighbouring sensors and then notifies the water utility of any leaks giving a pinpoint location. This way a leak can be caught before it turns into a burst.”

When launched in December 2019 to coincide with the first World Water Loss Day, the company’s Zonescan NB-IoT leak sensor was also a world first. Its cellular communication standard aligns with the machine-to-machine data trend embedded in smart city development, to usher in the next era of water infrastructure and management.

Described as a world first upon its mass rollout, it may be something of a revelation in terms of application, but it represents the culmination of years of R&D and foresight on behalf of multinational operator, Gutermann.

The solution’s attributes are numerable, and all fit into the bespoke aims of the sector – to harness more accurate data to fight the leakage challenge, without succumbing to the impacts of network transitions.

Enabling a wide range of rapidly evolving IoT devices, NB-IoT is entirely suitable for below ground higher-density sensor applications, at a lower cost, and with longer battery lives. Accounting for cost- and eco-efficiency while simultaneously reducing maintenance makes the model as attractive as it is effective.

As such, the resultant coverage and penetration levels represent a current solution as the industry looks to stay afloat. But, more significantly, it nods ahead to a future norm driven by device interconnectivity, and a need for sustainability.

Mr Chandler adds: “The integration of multiple data and devices will only become more pronounced in the future. For the water industry, acoustic sensors have the potential to work alongside alternative sources of data such as flow, pressure, and water quality. Collaboration of this data using NB IoT, a reliable communication protocol is key to achieving the ultimate goal of zero leakage”.

Ultimately, NB-IoT will plug more than just leaks as the world adjusts to digital transformation while juggling environmental responsibility.