In the wake of Storm Arwen, Utility Week Innovate takes a sector-wide snapshot of innovation in climate adaptation including a recent collaboration between National Grid and the Met Office.

Utility Week recently reported that electricity networks have restored power to around 800,000 homes and businesses affected by Storm Arwen – which battered parts of the country with winds reaching 98mph. 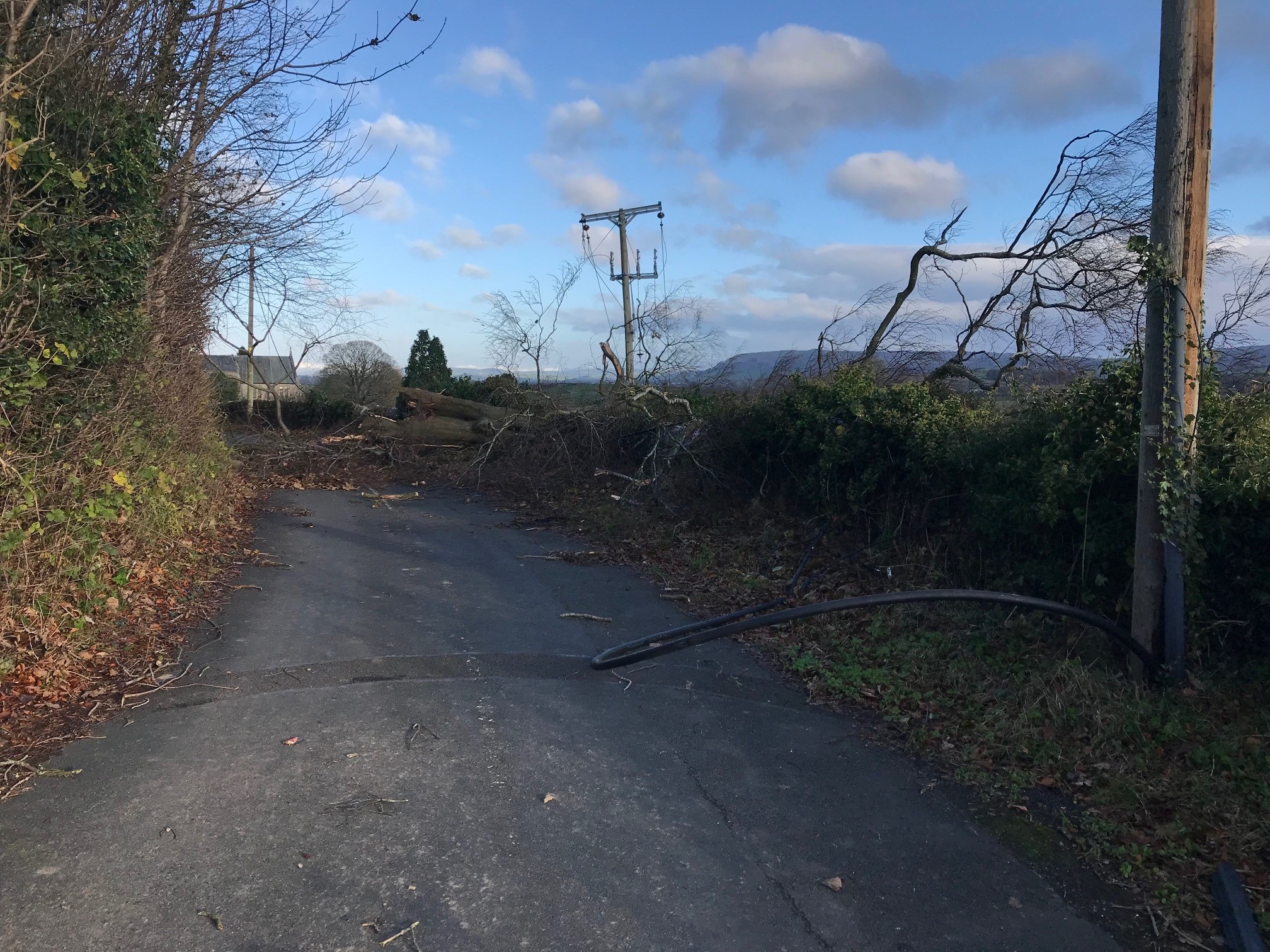 Arwen inflicted damage three times greater than the ‘Beast from the East’ in 2018 and is the worst storm to affect power supplies in 15 years, with some parts of the country enduring 25 days’ worth of faults landing in just 24 November hours according to the Energy Networks Association (ENA).

With WMO’s Prof Petteri Taalas forecasting that “extreme events are the new norm” in the body’s The State of the Climate report for 2021, it seems clear that utilities will inevitably have to make climate adaptation part of their business as usual when managing assets and key infrastructure.

In late September National Grid announced that it had partnered with the Met Office to explore the value of utilising higher specification weather forecasts to boost capacity on overhead transmission power lines – also allowing more renewable energy to flow.

According to the firm the transmission system is limited by the individual power rating of its circuits. Additionally, conservative standard weather condition assumptions have seen assets operate at ratings lower than their actual capacity. 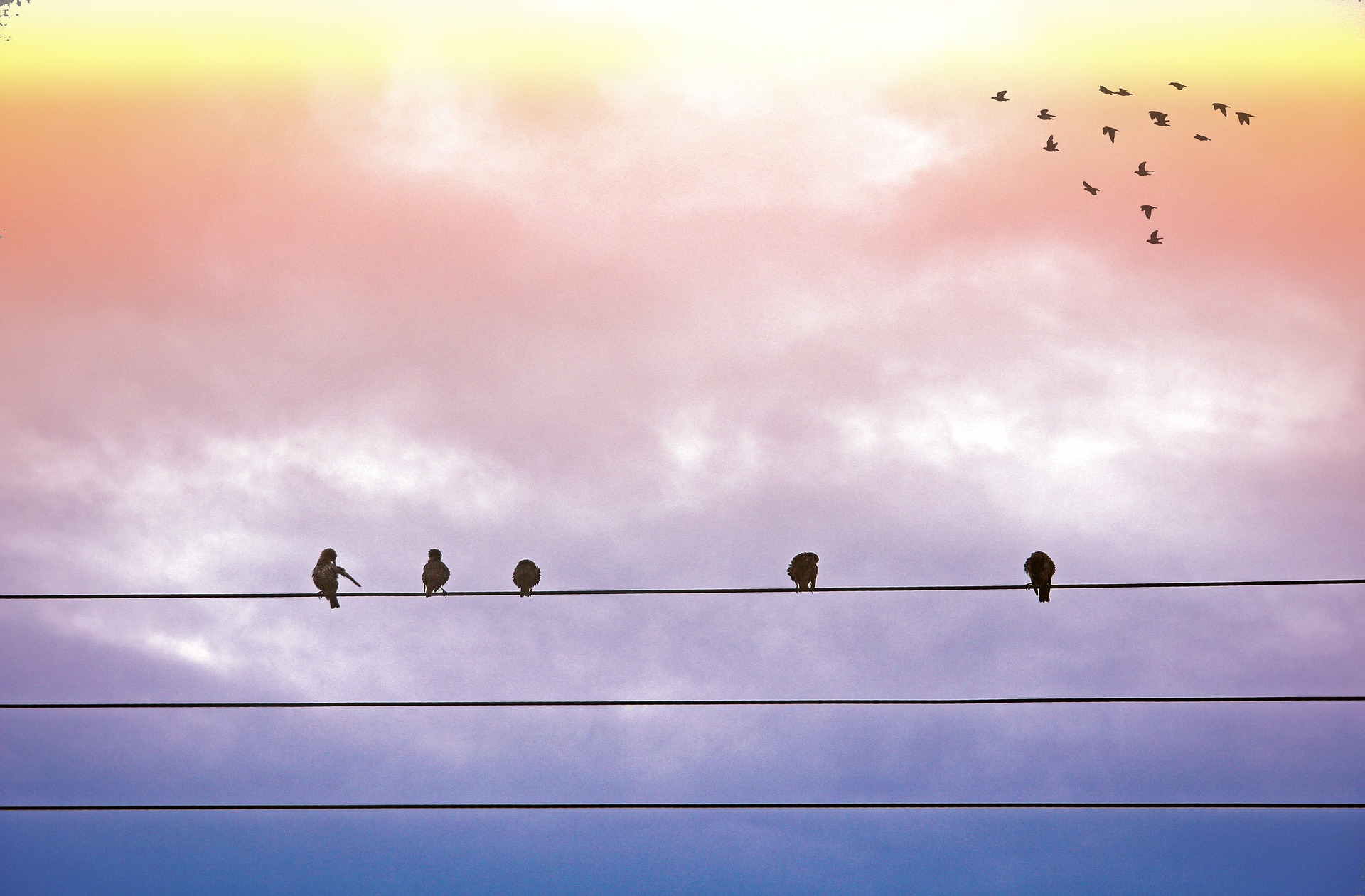 Consequently, the £545,000 project – funded through Ofgem’s Network Innovation Allowance mechanism – has assessed the integration of an advanced, cloud-based, weather forecasting service into the National Grid’s Dynamic line rating (DLR) calculation method, which gauges both physical and environmental factors such as wind speed, direction, ambient temperature and solar radiation, for example.

According to Ian Pearman, senior scientist for the Met Office, DLR is principally concerned with how efficiently the heat generated by the current in the conductor might be removed by the atmosphere.

If environmental conditions are favourable enough to cool the conductors sufficiently, more power can be pushed through the lines, relieving some of the network constraints and helping to meet the country’s energy needs. Therefore, he explains that lower ambient temperatures will accelerate the exchange of heat between the conductor and the surrounding atmosphere – “so the colder the better,” he says.

“Solar radiation will heat the line and act to counteract atmospheric cooling, so an absence of solar radiation due to an overcast of cloud or night time is best.”

He adds that a circuit considered for DLR will be many kilometres in length, meaning that how conditions vary along the route also needs to be considered and that any uprating will depend on the point on that circuit with the least favourable local conditions.

“Since wind flow is most important for cooling it is particularly important to identify points where local shelter might inhibit ventilation and heat removal,” he explains.

What are higher specification weather forecasts? 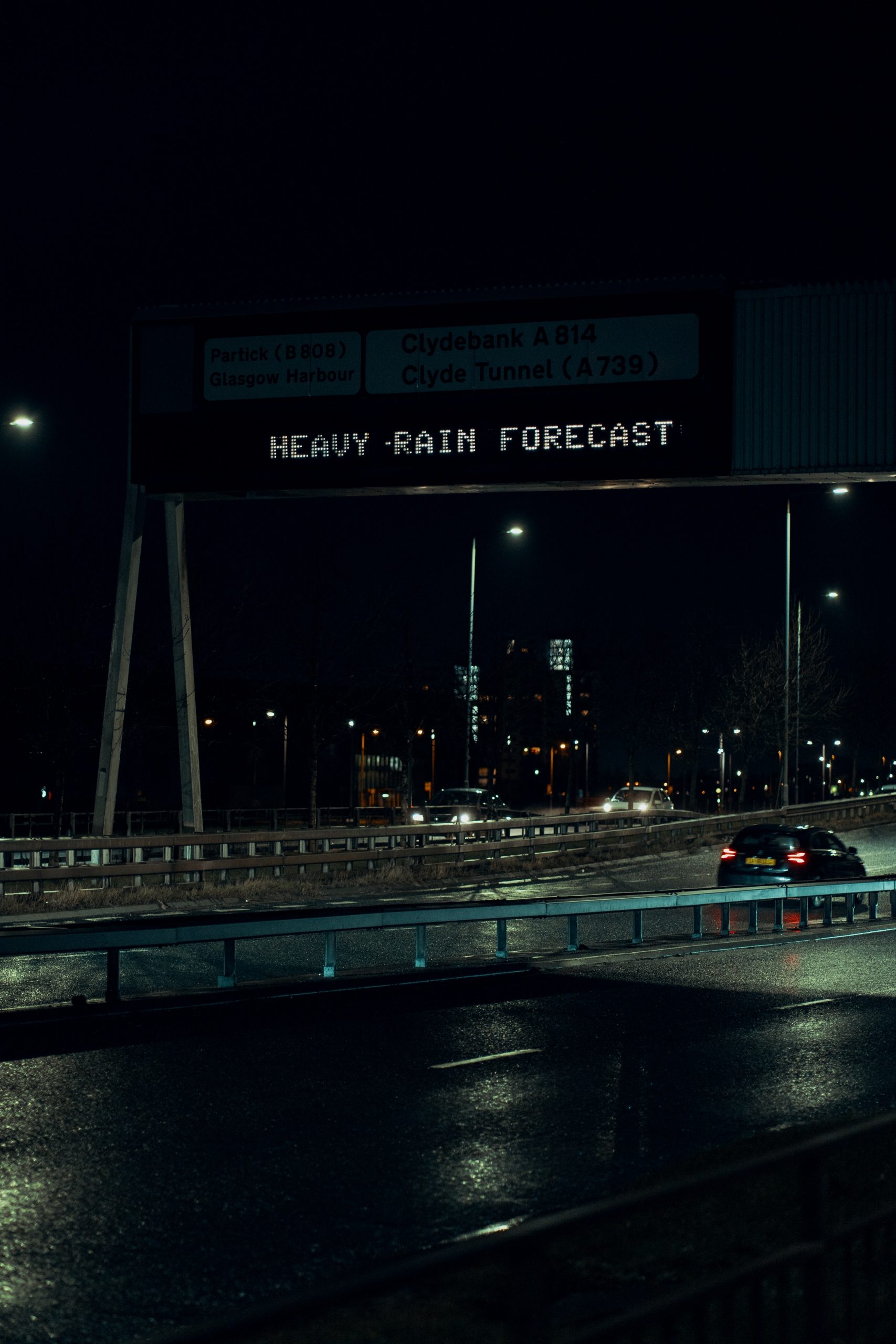 “Ensemble forecasts quantify uncertainties in weather prediction and estimate risks of particular weather events to enable the user to assess the risks more accurately. Instead of running just a single forecast, the computer model is run a number of times from slightly different starting conditions.”

In the UK, Pearman explains that the Met Office runs four simulations using the latest weather observations every hour up to five days ahead.

“We can utilise all of these simulations of the atmosphere to improve the forecast by understanding the uncertainty across all those different simulations – what aspects of the coming weather are we confident in; where and when are there uncertainties and what scenarios are plausible,” he adds.

Having established the initial feasibility of integrating this weather forecasting technology into the National Grid’s rating calculation methodology, Anusha Arva, innovation engineer for National Grid, tells Utility Week Innovate that there are still several aspects of this approach that need to be conclusively established before the technology can be deemed ready for wider use. 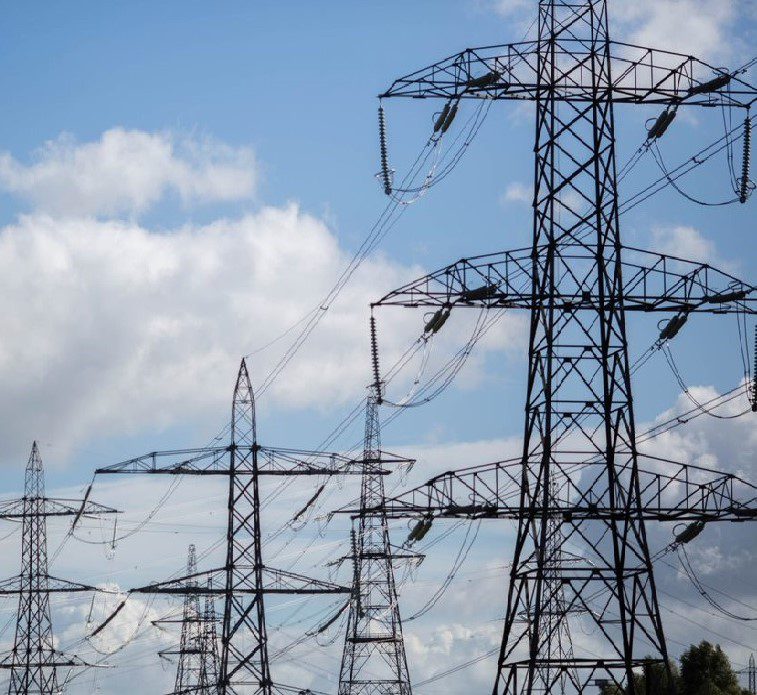 The project’s next steps, she explains, involve testing updated methodology against measurements from specifically chosen sections of the transmission network – which comprises approximately 4,475 miles of overhead line, 932 miles of underground cable and close to 350 substations – using devices such as local weather stations and overhead line measurement sensors.

“We plan to carry out further research to address the key unknowns around the technology, some of which, have come to light during our first project,” she tells Utility Week Innovate.

“A few examples of such unknowns are: determining how close the numerically predicted weather forecasts are to real weather conditions by comparing them against measurements from local weather stations installed on overhead line routes, understanding the risks involved in using probabilistic weather forecasting, and optimizing the timescales and volumes of weather data that would be ideal for forecasting overhead line ratings through DLR approach.

“Further, we plan to examine if combining weather forecasting data with measurements from the overhead line conductors can provide tangible improvements in rating forecasts.”

While Met Office knowledge and expertise makes it possible for more accurate and granular weather data to better determine where and when capacity can be boosted, Arva adds that it also means that National Grid can become less reliant on fossil fuel-based generation and avoid constraint payments to generators to address grid congestion.

“When power flows are limited, generators must be coordinated to ensure that demand can be met, without exceeding the maximum ratings of any asset in the system,” she explains. “This results in constraint payments being paid to generators, as they are not able to operate at maximum power during these times. 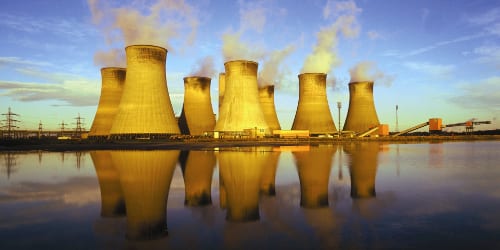 “These constraints result in fossil fuel technologies being used at times where, if not for the constraining transmission asset, a renewable technology would have provided the energy instead.

“National Grid is attempting to alleviate these scenarios by providing enhanced ratings in specific circumstances by carrying out the innovations to de-risk the DLR technology for use on the network. This reduces the number of times that constraints occur on the system, and the severity of those constraints.”

Ultimately, Pearman believes that the project has the potential to provide significant improvements in weather forecast accuracy for the energy sector alongside novel approaches to quantifying uncertainty in the forecast.

“These can be applied to increase confidence in uprating decisions to help achieve the flexibility requirements on the path towards net zero.”

Additionally, cases such as the collapse of Lancaster’s critical infrastructure networks and a 30-hour absence of electricity across more than 60,000 homes amid record-breaking rainfall in early December 2015, have further highlighted the importance of climate adaptation.

Subsequent projects have sought to further understand the impact of weather and establish how infrastructure owners and operators can identify vulnerability and risk to assets.

For example an ongoing collaboration between the University of Birmingham and Electricity North West has set out to examine whether historic sub regional wind speed and direction data can help network operators predict weather related faults and factor them into asset management. 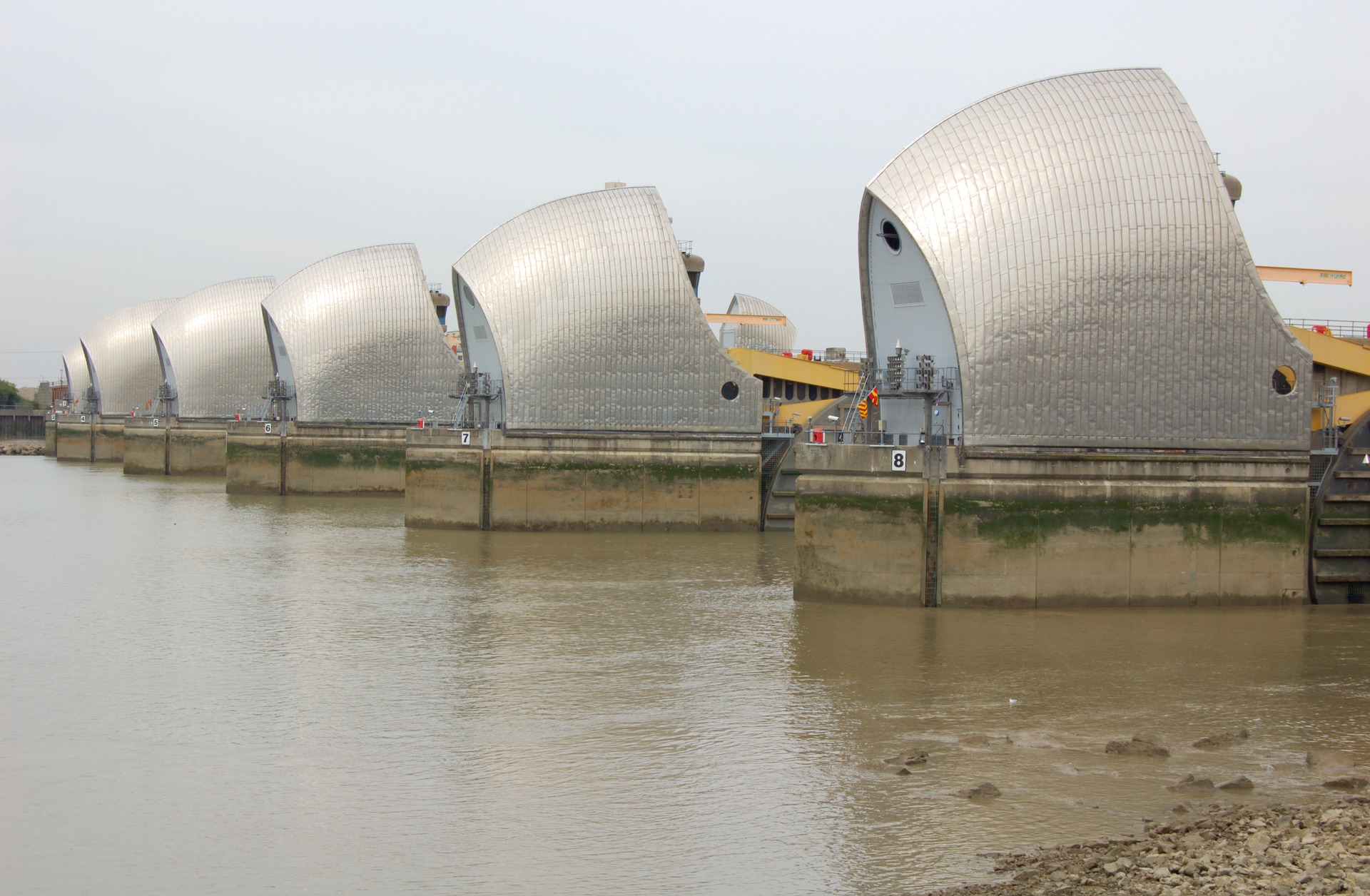 The flagship example of climate adaptation in the water sector is arguably the Thames Estuary 2100 Plan, which sets out how the Environment Agency and a fleet of project partners can collaboratively manage tidal flood risk in the Thames Estuary amid climate change, ageing flood defences and population growth.

The plan – designed to adapt to different rates of sea level rise and changes affecting the estuary – aims to protect 1.4 million people and £320 billion worth of property and critical infrastructure from increasing tidal flood risk across three project phases.

The first phase – timed between 2012 and 2035 – prioritises maintaining and improving current flood risk management assets, working with communities to develop visions for their future riversides and identifying and protecting land needed for future improvements to flood defences.

Phase two, slated for between 2035 and 2050, will focus on raising existing flood walls, embankments and smaller barriers, reshaping the riverside through development, to improve flood defences, create habitat and improve access to the river and determining the preferred option for the future Thames Barrier – which is expected to continue to protect London to its current standard up until 2070.

Finally, phase three, 2050 to 2100, currently contains plans to develop and implement a selected option for the future Thames Barrier, adapt other flood risk management assets to work alongside this to protect the estuary.

New approaches to asset management and maintenance is one of the frontline challenges at the heart of Utility Week Live 2022’s live content programme.