Later this year, National Grid will launch the longest subsea interconnector in the world. Nicola Medalova was appointed as the group’s managing director of interconnectors in April. She writes for Utility Week, as part of our Countdown to COP campaign, on the importance of international co-operation in maximising the potential of renewable generation. 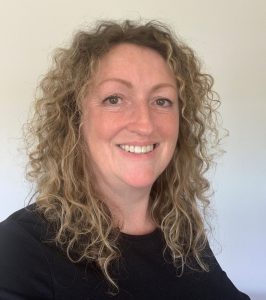 In just over five months the world’s eyes will be on Glasgow, where a few thousand people will in many ways have the future of our planet in their hands.

Make no mistake, amidst all the politics, PR and pageantry, COP26 is a critical moment. Will the world’s biggest economies and emitters come together to agree a plan to accelerate the decarbonisation of our planet? Despite the enormity of the challenge, I am hopeful.

We don’t have to look very far to see what is possible. In the UK and Europe, though there is much still to do, we have a lot to be proud of. The UK government was the first to set a legally binding target to achieve net zero emissions, and recently doubled-down on its commitments by announcing a 78 per cent cut in greenhouse gas emissions by 2035, compared to 1990 levels. The EU has set out similarly ambitious targets through its Green Deal.

But it’s one thing to set targets. It’s quite another to reach them. What is abundantly clear is that no one country can go it alone. We will only succeed if countries work together.

As someone who has recently taken over the responsibility of managing National Grid’s portfolio of electricity interconnectors, I have the privilege of witnessing first-hand what can be achieved through close cooperation with our neighbours.

Later this year, we are planning to launch our first interconnector to Norway. Stretching 720 kilometres and laid at depths of up to 700 metres, North Sea Link will be the longest subsea electricity link of its kind in the world. It is a remarkable feat of engineering, but more importantly, it represents two countries working together to maximise their renewable energy resources for mutual benefit.

Norwegian power generation comes predominantly from hydropower plants connected to large reservoirs, which can respond faster to fluctuations in demand compared to other major generation technologies. However, as the water level in reservoirs is subject to weather conditions, production varies throughout seasons and years. When wind generation is high and electricity demand low in Britain, North Sea Link will enable power to be exported, conserving water in Norway’s reservoirs. When demand is high in Britain and there is low wind generation, power can flow from Norway, helping to ensure secure, affordable and sustainable electricity supplies for consumers.

Interconnectors like North Sea Link have helped to facilitate and manage a dramatic shift from reliance on fossil fuels towards renewables in the last few years. 2020 was the greenest year on record for Britain’s electricity system. Overall, the electricity system has reduced carbon emissions by 66% in the last seven years.

But a greater reliance on intermittent renewables also requires a much more flexible energy system.  By connecting to neighbouring markets, interconnectors provide immediate access to a broader and more diverse pool of supply sources. They also give system operators the critical tools they need to react quickly to changes in supply and demand.

The UK’s ambition to reach 40GW of offshore wind by 2030, and 75GW by 2050, means the importance of system flexibility will only increase. The UK currently imports far more power than it exports, but as we see more renewables in the mix, we can expect the direction of the flow of electricity to change far more frequently – even within a single day.

This is important, because having the ability to export excess generation to where it is needed most prevents the curtailment of renewables. Renewables curtailment is the reduction of output from a renewable resource below what it could have otherwise produced. This can be through market-based factors, where there is an excess of wind generation in a low demand period, or it can result from an instruction by the system operator to protect the stability of the grid. In either case, low cost, zero carbon energy is wasted. And that’s bad for consumers and the environment.

Looking forward to 2030, based on an hourly analysis of the GB supply-demand balance and interconnector flows, our expectation is that during the periods when GB is exporting, renewable generation will exceed total demand for a significant portion of that time.  Wind, and renewables in general, will supply more than three quarters of demand during export periods. Without having the ability to export this excess power through interconnectors, we estimate the curtailment of renewables could be up to six times higher.

Preventing the curtailment of renewables is also an issue for our neighbours across Europe. We have recently started constructing Viking Link, which will directly connect the British and Danish markets for the first time from 2024. Our view is that, by 2030, Britain will be importing electricity from Denmark up to 60 per cent of the time. For more than 75 per cent of those export periods, we expect Danish wind energy to exceed domestic demand. Without Viking Link, that wind generation would likely be curtailed.

Since the Paris Agreement was signed at COP21 in 2015, we have seen significant progress with ambitious climate plans brought forward across the UK and Europe.  As we look forward to COP26, I am optimistic that we can build on that progress through increased international cooperation. But as policy makers deliver targets, the energy sector must deliver solutions.

In that regard, I am confident the power sector can do its part. Between now and 2030, we expect our interconnectors will help Britain to avoid up to 100 million tonnes of carbon emissions. In addition, we are working with our European partners to develop a vision for multi-purpose interconnectors, which aim to link clusters of offshore wind farms simultaneously to neighbouring markets with interconnectors. Doing so could accelerate the delivery of offshore wind, while mitigating the impact on coastal communities with fewer individual connections and reduced infrastructure. With the right regulatory framework in place, we believe that it would be possible to have “pathfinder” projects operational by the end of the decade.

In the last week I have had meetings with our Dutch and Norwegian interconnector partners about our existing projects and future plans. Though there will undoubtedly be challenges ahead, we are united in our belief that we can only be successful in achieving the maximum potential of North Sea offshore wind through international cooperation. And we are united in our commitment to facilitate international cooperation to maximise our considerable renewable resources with interconnectors.