Ofwat's chief executive reflects on her first year in the role and the challenges that lie ahead. 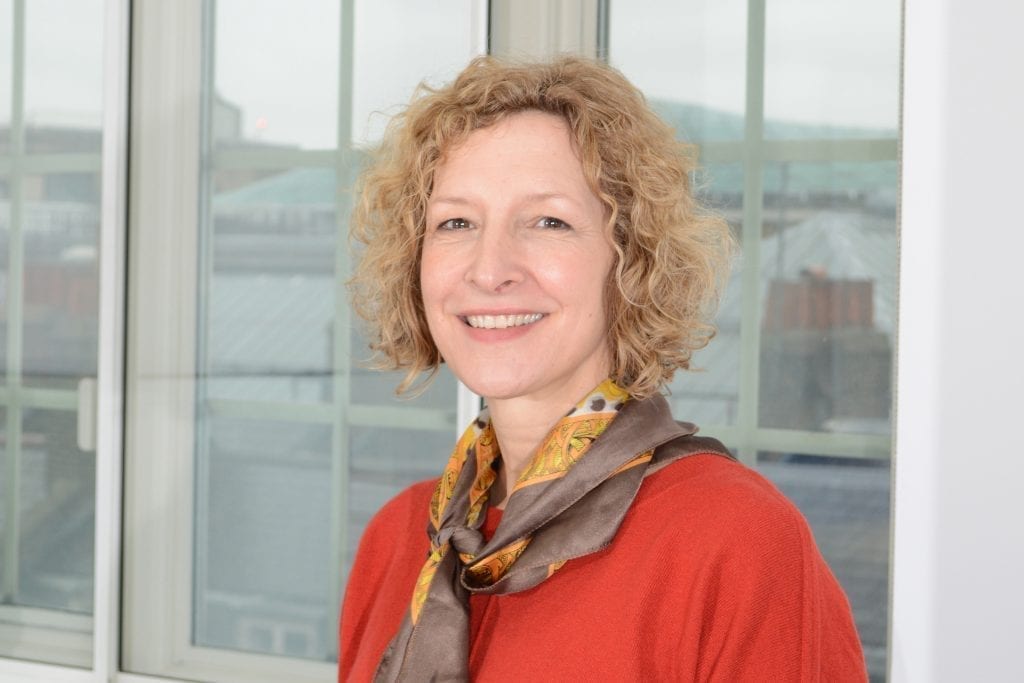 You’d be hard pushed to find a water company not pre-occupied with PR19 now. With 14 out of the 17 companies across England and Wales required to revise their business plans for 2020-25 and ­resubmit them to Ofwat by 1 April, the price review is set to ­continue to be a hot topic.

And while undoubtedly PR19 is important to the water regulator, its chief executive “has been at pains to say” since she took over from Cathryn Ross in January last year, that Ofwat is “not just a price review organisation”.

“I refer to it as the biggest room in our house, but then the smallest room in my house I couldn’t live ­without,” Rachel Fletcher tells Utility Week when we meet at Ofwat’s London office.

Having joined from Ofgem, where she worked for 13 years – most recently as senior partner for consumers and competition – Fletcher is no stranger to the world of regulation. “I got involved in regulation a very long time ago – in 1993,” she reminisces.

“It was such an exciting time,” she says fondly, but admits she is “slightly embarrassed” to have been involved in drafting the network code for gas.

Why the slight embarrassment? “There’s still a few things that need to be changed in the network code, but it’s interesting that it is still more or less in existence 25 to 30 years on,” she answers.

“We opened up the retail market for natural gas to business customers and the price plummeted and it was just a really good illustration of what could be achieved through restructuring – through proper regulation. I also saw how British Gas changed from one day to the next.”

So, what prompted the move from energy to water? “I just needed to see another sector and to get to understand a different sector.

“I have really enjoyed the move and if anything, I think why did it take me so long to make that step? I look at energy in a slightly different light now, but I also realise how much of the concepts and the issues in energy are translatable into other sectors, which I hope means that I can bring value and help improve the water sector.”

Her “impressive track record” and experience in regulation of network and customer-focused businesses certainly stood out to Ofwat chair Jonson Cox when he appointed her.

The diversity and number of companies on the monopoly side of water is perhaps the biggest difference – from the small water-only companies to the large water and sewerage companies.

“It makes a real practical difference in terms of how you regulate,” she says.

For Fletcher there are “more obvious targets” for competition in the value chain given the “strategic ­challenges” the water sector has.

Speaking at the Utility Week Congress event last ­October, Fletcher discussed how regulators can use the tools and influence available to them to play a part in addressing “broader concerns”.

“That involves us stepping beyond the narrow remit originally designed for so-called economic regulators. I don’t know where that term came from – I don’t think it sits in any legislation that I’m aware of,” she said at the time.

Demonstrating her credentials go beyond ­“economic” regulation, Fletcher shows a keen desire for more ­water-efficient connections to be built for new housing developments and towns.

“The connection market and NAV [new appointments and variations] market is somewhere where you can really make a big difference.”

As water is a “much lower cost commodity” than energy, Ofwat wants to “watch very carefully” what’s happening in the energy retail market and others with “so-called loyalty premiums” to understand how to get around such a problem before “pushing hard on household competition”, she explains.

Now Fletcher has been at the helm of Ofwat for just over a year, she’s working on the regulator’s strategy and what she calls a “new vision” for the sector.

“The strategic role that the sector plays in our future economy and our future well-being and the value it can bring to society and the environment isn’t being properly articulated and I think all of that should be encapsulated in a vision.”

Ofwat hopes to reveal more about what the vision will look like in the coming months, but as it develops the notion, Fletcher is keen to focus on what changes the regulator itself may need to make.

“Could we be clearer about the expectations on water companies? Is there value in us having some long-term and medium-term goals, ambitions and targets for the sector to give the water companies something to focus on – to drive innovation?” she questions.

Referring to the 15 per cent leakage reduction target Ofwat has challenged the sector to deliver – which her predecessor set – Fletcher says it’s been “an interesting experiment” in using a different tool as a regulator.

“It’s been really encouraging to see all water companies say, ‘well we know we have to meet at least a 15 per cent leakage reduction over the next five years’ – so I think there is something we can build on and provide more clarity.”

And she suggests another thing for the regulator to think about is whether it is giving enough feedback and doing enough ongoing monitoring on the sector’s performance. That includes sharing good practice.

“As we’re currently in the middle of a price review, we’re building up a very detailed understanding of each and every company and having really fruitful ­conversations with them about the challenges that their business faces.

“I think there is a question about whether we should make that more of an ongoing dialogue within each regulatory period and use that feedback to continually drive improvement as well as the incentives that are sitting within the price review.”

Bringing the conversation back to Ofwat’s “biggest room”, we discuss the initial assessment of the PR19 business plans and whether the companies that have found themselves in the “significant scrutiny” and “slow track” categories have enough time to make the required changes and are they realistic and reasonable?

Fletcher says: “We’ve had feedback about how helpful all the analysis that we published has been to companies and I certainly know that among those four [in significant scrutiny – Thames Water, Southern Water, Affinity Water and Hafren Dyfrdwy] some of the companies have pored over all of the plans and it’s helped them to get a better understanding of the gaps and has given them the confidence that they will be able to submit a really good plan by April.

“Fundamentally the process runs until December, so I very much hope and in fact I am expecting many of the 14 slow track and significant scrutiny companies to be coming forward with plans in April that we feel are now at the level that allows us to pretty much lock down the plans.

“Although there are some companies that are going through a big transformation exercise and may still need a lot of dialogue and a lot of time with us after April before we can feel we have really got a regulatory settlement that we can secure,” she adds.

One such company that has been trying to transform and was particularly disappointed with Ofwat’s initial assessment of its plan is Thames Water.

Steve Robertson, the chief executive of the largest water and sewerage company, went as far to say as he felt like “a proud dad being told he had an ugly baby”.

In a recent piece for Utility Week, he expressed ­apprehension about how Thames Water can ­“significantly increase resilience” while spending less than it currently does.

“One of our big concerns is that they [Thames] are inefficient,” Fletcher explains. “And that’s based on a lot of benchmarking with the other companies” – both on its base costs and its enhancement expenditure.

“Thames’s projects came out looking inefficient and that’s where we need to have that dialogue with them.”

She stresses: “Benchmarking enhancement projects is much more of an art than a science so we will be ­expecting to have ongoing conversations, not just with Thames, about how we have reached our view of efficient enhancement spend. It’s really important to be clear that we are saying these projects by and large need to go ahead but we are not convinced they have pitched in with an efficient cost for them.”

And at the other end of the scale, no company quite made the “exceptional” category – was Fletcher ­disappointed by that?

“It was a very high bar,” she says. “I think the sector has a lot of challenges on its plate and we’ve got some really big strategic challenges in terms of climate change and population growth.

“We’ve also got legitimacy challenges that are being levelled against it. So, I think for any company to have hit that exceptional standard it would have had to pull something really eye-catching out of the bag and shown that it was addressing some of those big strategic challenges.”

For Ofwat it was important to set the bar high as it gives a signal that the sector “still has some way to go”. Overall the regulator is pleased to see how far the plans have come on since PR14.

“There has been a real step-change in terms of ambition and plans being rooted in proper engagement with customers. The sector is also waking up to its responsibility to vulnerable customers and what it can do for the environment. Even in significant scrutiny we’ve got some good examples of good practice.”

With the sector’s legitimacy being called into question of late, does it need to get better at shouting about achievements?

“There is a question whether there is enough known about what it does and it’s certainly worth thinking about how that message gets across, but I would really push back on the idea that the legitimacy challenge on the sector is just one of it being misunderstood.

“Fundamentally, changes and improvements need to be made to address people’s concerns.”

Ofwat is pushing an agenda on transparency, board leadership and governance, and it is saying every board needs to set a purpose that “reflects the interest of all its stakeholders not just its shareholders and investors”.

“Frankly, that has not always been the case.”

The regulator will continue to look at itself and how it can be more effective to “play the biggest role possible” so that the sector achieves the vision Ofwat has for it.

The vision, while still being formulated, is likely to focus on greater collaboration and innovation. And if there is something in the way that Ofwat regulates the sector that is preventing companies from rolling out technology or adopting innovative techniques, then Fletcher wants to hear about it.

“I want to encourage the water companies to be clear with us where our regulations don’t work in the interests of customers and the environment and be more forthright in coming to us with proposed alternatives.”

If PR19 was Ross’s tough price review, will the next be Fletcher’s to bring in – is she in it for the long haul?

“Whoa, where will I be in five years’ time?” she laughs. “The water sector is really fascinating and after a year I can see more clearly than ever what needs to be done and I want to be here for as long as I think I can do a great job and help lead Ofwat to where it needs to go and to where the sector needs to go.”

After all, the regulator is not just for a price review.