David Welling, a COP26 Champion who works in Data Centre Network & Security at National Grid, cycled over 1,000km across seven days from London to Glasgow ahead of COP26. During his journey, which started on Monday 25 October, he visited key sites along the route which are making a significant contribution to the UK’s climate ambitions. Here he talks about how these projects demonstrate progress being made to get the UK’s energy system to net zero and shares his ask of world leaders gathering at the global summit this week. 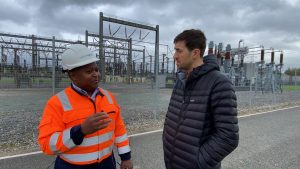 COP26 is a great opportunity to show how we’re helping the UK on the road to net zero and to highlight the work underway across our network. I wanted to find a way to bring this to life for everyone, while also raising money for The Conversation Volunteers, a charity which brings people together to create, improve and care for green spaces.

I had the idea of travelling up to Glasgow in an environmentally friendly way and telling the stories of our teams as I went. It was inspiring to see first-hand some of our incredible projects around the country including; our first-of-its-kind hydrogen test facility; the world’s longest subsea interconnector; volunteers and local children taking part in activities at Skelton Grange Environmental Education Centre; and the place we’re connecting the largest transmission battery in Europe out at Capenhurst substation.

With input from different teams across National Grid, my route included sites that covered the full spectrum of our UK business. 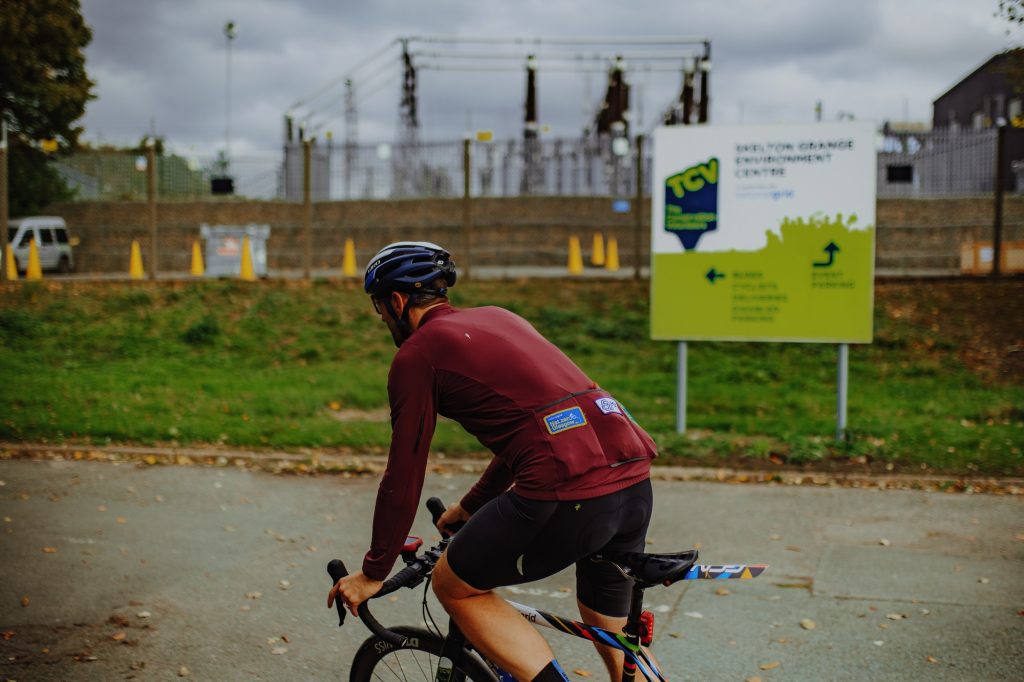 After leaving our London office at the Strand, my first stop was London Power Tunnels. This is a project that will minimise disruption for Londoners by housing electricity cable infrastructure in tunnels up to 60 metres below street-level. The investment in London will make sure electricity reaches homes and businesses in London safely, reliably and efficiently.

I then began my journey up to Wokingham to the National Grid Electricity System Operator National Control Centre which moves electricity around the country second by second to ensure that the right amount of electricity is where it’s needed, when it’s needed – always keeping supply and demand in perfect balance.

National Grid House, Warwick, is the workplace to around 3,000 National Grid employees. The building planning and design has allowed National Grid to significantly reduce both its carbon footprint and subsequent energy consumption through actions including installing EV chargers for employees.

Next up, I met the team at Western Power Distribution, Tipton, who are working hard to keep lights on for their customers. I caught up with the next generation of engineers in training at the site, finding out what net zero means to them.

Day 3: Wednesday 27 October – Capenhurst substation in Cheshire. 163km of cycling, around 7 hours in the saddle

On day three, I made my way up through Cheshire and arrived at Capenhurst substation just after midday. The team here are working to create the world’s first transmission battery able to absorb reactive power. It’s expected to begin operations in 2022 and will remove over one million tonnes of C02 over the next 15 years. In addition to this, this site is also supporting the Wirral Barn Owl Trust by allowing nesting boxes to be installed in secure locations at Capenhurst Substation. 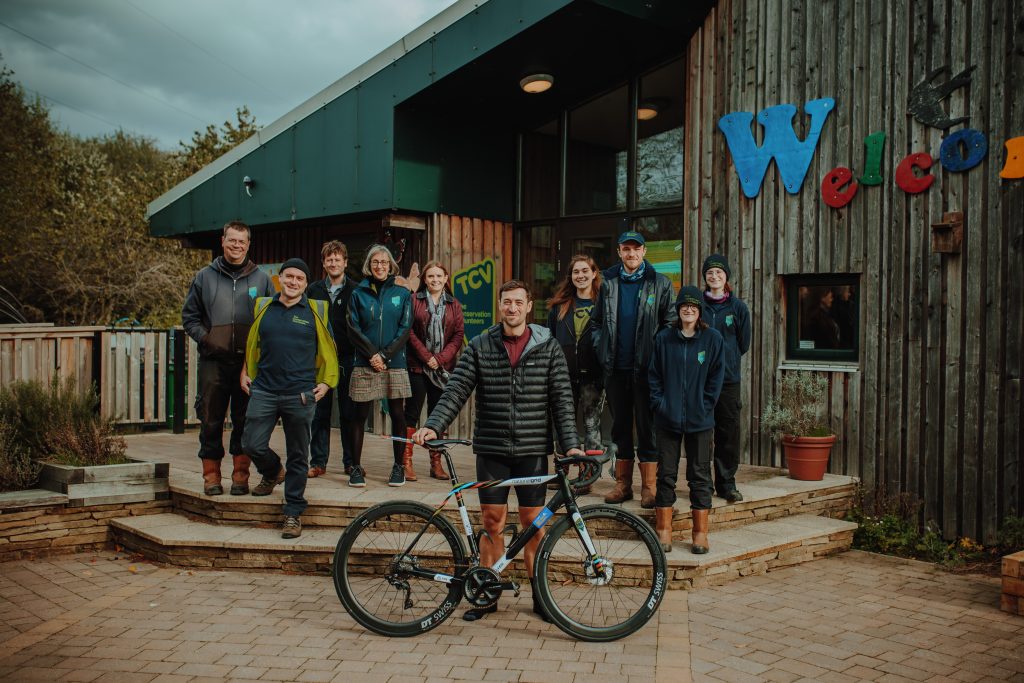 Cycling through the Peak District was definitely a highlight. I cycled through the Visual Impact Provision project in the Peak District National Park in South Yorkshire, which aims to reduce the visual impact of National Grid’s overhead line in and around the village of Dunford Bridge. This requires major engineering works to place electricity cables underground and removing seven pylons to significantly enhance the landscape and views.

Moving onwards, meeting volunteers and local kids at Skelton Grange, one of National Grid’s four environmental education centres that provide educational activities for visitors, was my next stop. Developed and run in partnership with environmental charities, they help to show how nature and communities can thrive alongside our critical national infrastructure.

Day 5: Friday 29 October – SmartValve substation in Saltholme to the North Sea Link interconnector, Blyth. 139km of cycling, around 6 hours in the saddle

The Smartvalve substation in Saltholme is a great example of how National Grid Electricity Transmission are innovating to find smart ways to get to net zero. The World’s first large-scale use of power flow technology has been used at this site to unlock additional electricity capacity. This means we can get more renewable energy onto the system to help power homes in the UK.

The last stop of day five was North Sea Link, the world’s longest subsea interconnector, enabling the UK and Norway to maximise the use of their zero carbon natural resources. When wind generation is high and electricity demand low in the UK, NSL will allow up to 1,400MW of power to flow from the UK, conserving water in Norway’s reservoirs. When demand is high in the UK and there is low wind generation, up to 1,400MW can flow from Norway; that’s enough to power 1.4 million UK homes, helping to ensure secure, affordable and sustainable electricity supplies for consumers.

Day 6: Saturday 30 October – FutureGrid in Cumbria. 156km of cycling, around 7 hours in the saddle

The FutureGrid project is a new hydrogen research facility which is being be built from a range of decommissioned assets, to create an offline but realistic gas transmission network. We’re testing blends of hydrogen from 2% up to 100% at transmission pressures, to assess how the equipment and steel pipelines perform, alongside extensive safety testing. These tests and trials aim to demonstrate that hydrogen can be safely introduced into the transmission network as a potential solution for decarbonising industry, transport and homes in the future. 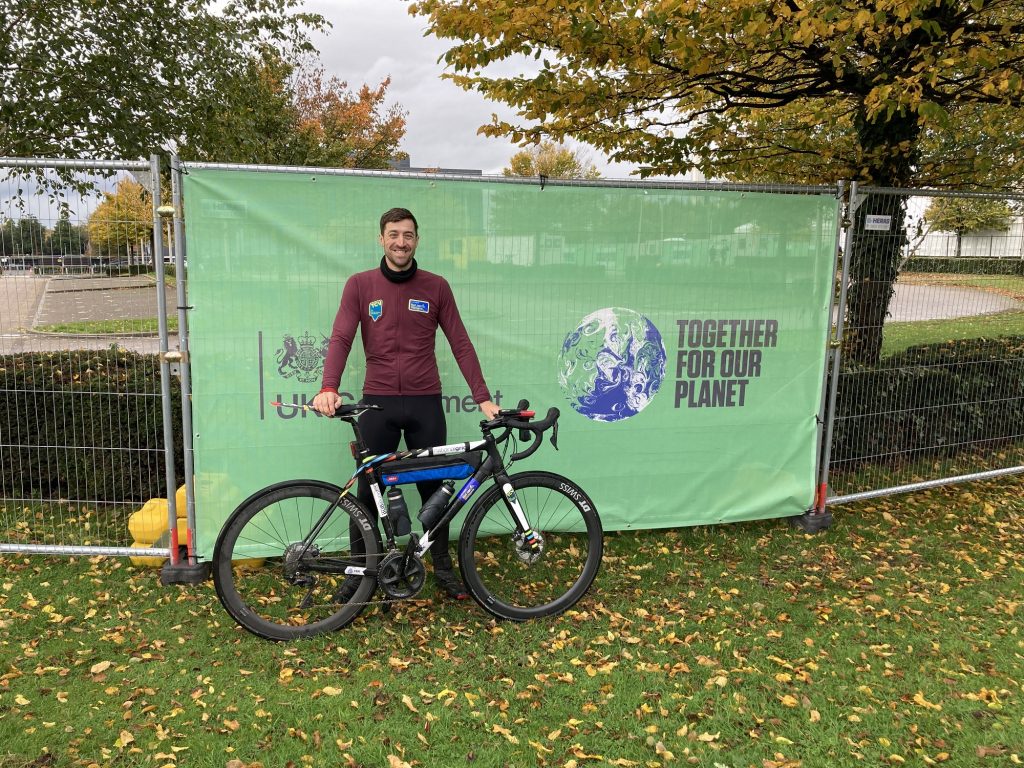 We can achieve net zero with the technologies and opportunities we have today. We now need to see a ramping up in investment and infrastructure to get the right solutions in the right places, and at scale. The industry needs leaders to do what’s right to meet our common objective of fighting climate change. The discussions have been had – now’s the time for action.