SES Water has reached out to isolated households in need of support and groceries and extended payment breaks to thousands of billpayers whose financial security has been affected by the coronavirus.

As part of the Keeping Us Connected series SES’ customer liaison officer talks about the lifeline the company has been to distraught people in the community. 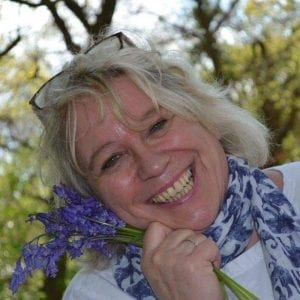 Janet Riley says as a frontline worker she ordinarily visits the homes of people who need extra assistance with applying for social tariffs as well as liaising with local councils and housing associations to make sure everyone knows about how SES can help further.

Since the virus outbreak Janet has begun phoning vulnerable billpayers to make them aware of ways the company can assist and to make sure they are coping.

She says the response has been overwhelming as she has been in contact with isolating individuals at desperate moments.

“I’ve had distraught customers on the phone with no food and no one to help,” Janet says. “One lady was very upset, she’s housebound and running out of food. Her family couldn’t visit because they were isolating so, with her permission, I contacted social services to get in touch.

“Without us ringing these people I don’t know what would happen to them. It’s more than they expect from their water company!”

She says although it is more difficult to help people over the phone than face-to-face, her background working with vulnerable adults means she is trained to pick up on any safeguarding issues.

The company has a proactive approach to signing people up to the priority register. Since the outbreak of coronavirus Janet says 2,317 people have signed up for a payment break and all of these are automatically placed on the vulnerable register.

After an initial three-month break billpayers will be offered a 50 per cent reduction for the next nine months as well as support tailored to their circumstances including Water Support services under continued review.

“When I think of everything that has closed down – from retail shops, schools and businesses that are struggling or cannot work from home, it’s not a surprise that so many people need support with bills.”

Janet has been able to contact more householders in lockdown than through making trips by van but says it has been difficult to have conversations with clearly distressed people over the telephone so she always follows up and checks in with them later.

“Even people who don’t need assistance are appreciative of the call and the contact we made. Many are quite stunned that we would do this.”

Janet hopes the response will change public perceptions to see the water company as a community presence.

Recently appointed chief executive Ian Cain comes from a background of customer care and Janet says he has been supportive of the work the liaison team undertakes to reach out to as many homes as possible.