September saw a milestone reached in UK Power Networks’ (UKPN) high-profile scheme to replace the three transformers at the substation buried beneath Leicester Square. James Wallin visited the site to find out more about the unique challenges presented by this very public project. 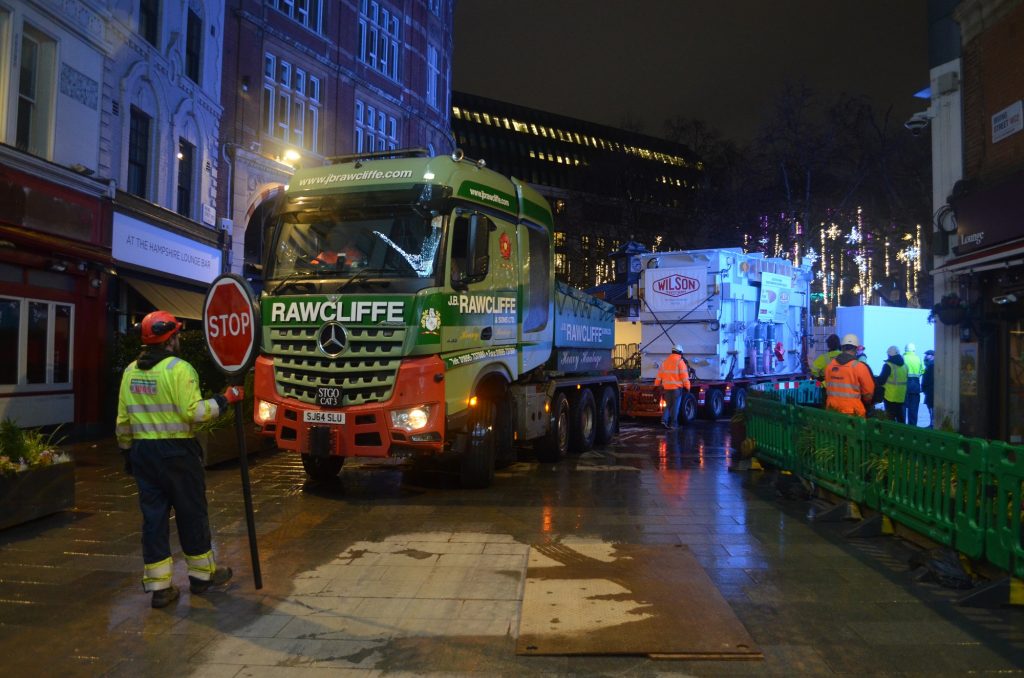 Electricity networks don’t typically seek publicity but this is a case where UKPN has not been afraid to put its name in lights.

The £16 million upgrade to the substation under London’s iconic Leicester Square is a project like no other and has meant the capital’s network operator and its contractors have nowhere to hide.

Quite apart from the very obvious presence in one of London’s tourist hotspots, there are the regular updates on the project provided by Roman Kemp on his breakfast show for Capital Radio, which is broadcast from the square.

The substation, which was opened by the Queen in 1991 and is the fifth most loaded on UKPN’s network, also serves some illustrious addresses – from West End theatres to a good chunk of Whitehall.

I visited the site earlier this month to meet Jason Gunning, a project manager for the works, and his team. I was able to witness a landmark for the works as the second of three 65-tonne transfomers was taken away from the site, with the help of the appropriately named “mega-lift”. Work was also underway to welcome its 80-tonne replacement the following day.

The project began in November 2020, earlier than originally planned, in order to capitalise on Covid’s calming influence on an area that normally welcomes 250,000 visitors a day, and is due to continue until November next year. Covid has meant that rather than being done in stages, the project could be completed in one stretch, and thus a shorter timeframe. 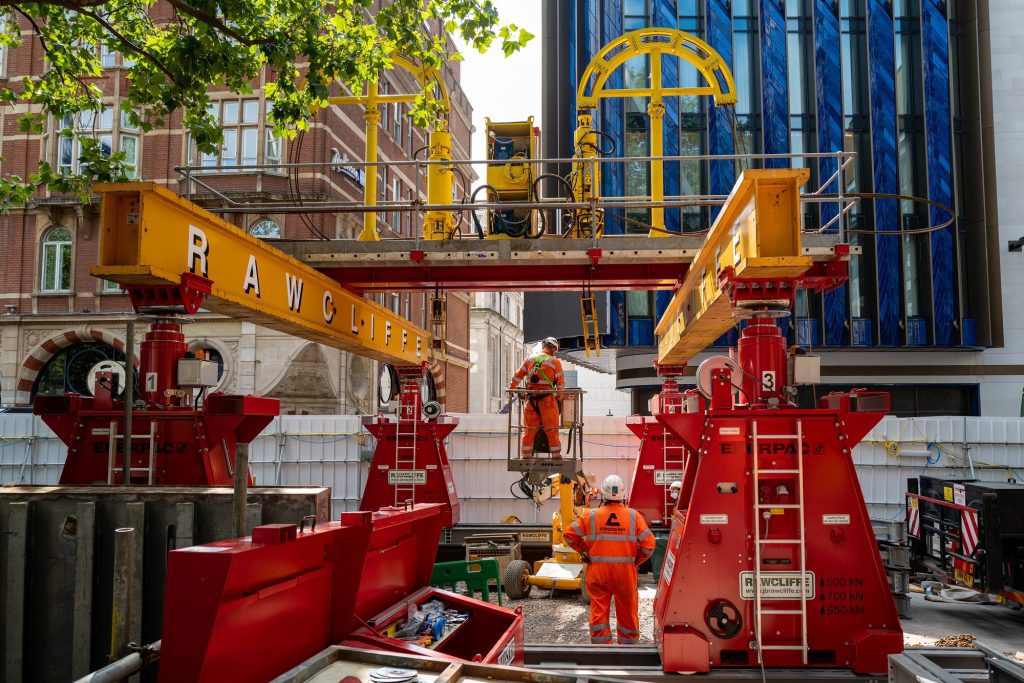 One of the first conversations to be had was around the visual impact of the works, which take up around a third of the square. The result was an innovative approach to hoardings, which combined the official branding of Leicester Square and UKPN and was made up of electrical lines, meaning the messaging is illuminated at night. Since being erected, the hoardings have carried updates on the project itself but also signposted passersby to businesses within the square, including promoting offers through QR codes.

Other challenges that needed to be overcome included removing a section of the150,000 granite paving slabs that were imported from China and fitted across the square in 2012 and safely storing these to be restored next year. Gunning points out that because of the 17 different sizes within the collection of slabs and the intricate pattern they were laid in, each one has had to be individually catalogued so it could be returned to its exact original location.

There was also the question of the London plane trees dotted around the site, each of which is valued at c£800,000. An on-site aboriculturalist oversees any work that goes near the famous branches.

Then there was the iconic ticket booth in the centre of the square, which also acts as a ventilation shaft for the substation. To allow tickets sales to continue once lockdown was lifted, the operation was incorporated into the hoardings. 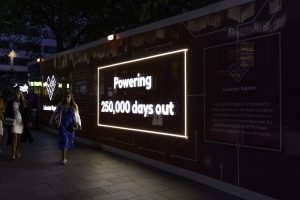 Despite my visions of a James Bond-style descent from the fake ticket booth into the depths of the station, the works entrance is via a more prosaic hatch a few yards along. Gunning and his team took me on a fascinating tour of the underground lair, although sadly national security and vanity prevents me from sharing my full PPE selfies with Utility Week readers.

Gunning says the project remains on budget and on track to finish next November, with the new transformers set to last for another 40 years.

He says: “In my project management career, this is without a doubt one of the most prestigious and high profile projects that I’ve managed. We have a great team on the project and everyone here feels proud to be a part of this.

“The biggest challenges of this project are the high profile location, the fact that the substation is below ground and the logistics required to exchange large items of plant in such a densely populated environment. 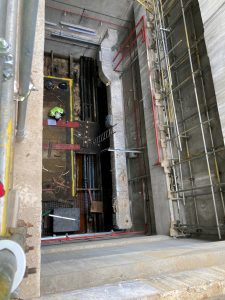 “The approach we took during the planning and design stage was a proactive one, ensuring to engage the stakeholders and community from the outset.

“At this point of the project, approximately 50 per cent of the way through the construction phase, it is clear from the feedback and collaborative responses received that this has proven to be a benefit not only to our Alliance team but also to the residents and businesses of the square.

“Being able to form these relationships has allowed the project to progress seamlessly to where we are now, ahead of our programme, on budget and with an immaculate health and safety record.”

New approaches to asset management and maintenance and
delivering smart energy networks are two of the frontline challenges at the heart of Utility Week Live 2022’s live content programme.