The owner of three of Britain’s energy networks has stressed that investors need a clear mechanism to unleash the funding required to progress decarbonisation. 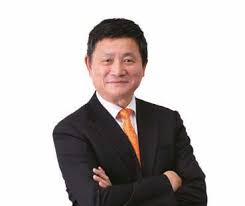 Tsai told Utility Week he was keen to commit to more investment in the UK but insisted “we have to know how we will be reimbursed”.

Asked about the rate of returns for investors in the regulated energy sector in this country, Tsai said: “To be frank, we are investors and we have shareholders too. We can’t keep making donations and doing non-profitable work.”

Tsai was speaking to Utility Week prior to the announcement that two of his companies, NGN and WWU, were rejecting Ofgem’s final determinations on their RIIO2 business plans. Both have cited the cost of equity in their appeals.

He stressed his respect for Britain’s regulatory framework but called for the government to give clear guidance to Ofgem on its responsibilities to facilitate decarbonisation.

“We want to invest if there is a clear mechanism for us to do that. That has to come from Ofgem and to do that Ofgem has to know what the government wants from it.”

He said the regulator’s approach towards funding net-zero projects through uncertainty mechanisms made sense but added this needed to “carry some certainty in terms of reimbursement of the funds we want to invest”.

Power Assets has investments in nine countries, serving 19 million customers, as well as operating HK Electric, which is responsible for the generation, transmission, distribution and supply of electricity to Hong Kong and the Lamma Islands.

It diversified out of its homeland in 1993, with Tsai being responsible for its international investments since 1997. He became chief executive in 2014.

The company owns 41 per cent of NGN, 40 per cent of UKPN and 36 per cent of WWU as well as 25 per cent of Seabank Power Station in Bristol. Unlike CKI, Power Assets does not invest in water companies in the UK (aside from a small stake in Northumbrian Water).

The company has been identified as a possible suitor for Western Power Distribution, which was put up for sale by its US owners PPL Corporation last year. Tsai declined to comment on the speculation but said: “Our appetite for UK utilities hasn’t changed.”

He admitted that the uncertainty around Brexit had been unsettling but that “now everything is known it’s actually not too bad”.

The decarbonisation agenda brings its own uncertainty and Tsai called for the UK government to provide more details on its roadmap.

However, he insisted that did need mean utilities should just wait for guidance.

“Net zero brings a huge change from a technical standpoint for both gas and electricity and we have no choice but to embrace it. Because of that I have always told our directors we need to be ahead of the curve, otherwise we will be left behind.”

Tsai pointed to projects being undertaken by his Australian companies as evidence of the kind of change the UK will need to grapple with.

With one in four houses in South Australia now fitted with solar panels, the government there is withdrawing from subsidies and assessing its approach to distributed generation.

He said: “They are looking at the whole idea of the framework being volumetric and whether that is fit for purpose. The UK has a long way before it hits that problem but it will have to answer the same questions eventually.”

Power Assets’ Australian companies have also made significant progress in introducing hydrogen to the gas grid – with support from the government. There are two separate projects, one injecting 5 per cent hydrogen and another in New South Wales trialling 10 per cent.

It is also commissioning a 10MW electrolysis plant to convert excess wind and solar into green hydrogen.

Tsai insisted that the UK government needs to show similar ambition on hydrogen.

“It would be great if the UK government would make a decision as to whether they will embrace hydrogen. I think they should because it is the way forward if you really want to hit net zero.

“I’m not saying it should be a simple choice between hydrogen or electricity. They have to co-exist.”

Tsai went on to compare the challenge in decarbonising transport, adding: “I think it should be electric for light vehicles and hydrogen for heavy vehicles. A bus loaded with batteries is just going to consume so much energy carrying the batteries around, whereas hydrogen would make it much lighter and would mean it could charge in five minutes rather than eight hours parked in the same location.

“If you look at energy as a vector, it has to co-exist with every medium possible so heat pumps for some homes, hydrogen for others and then in outreach areas you might just have to rely on LPG.”

He pointed to the role the Chinese government has played in incentivising the mass take-up of electric vehicles, building out the charging infrastructure but also creating incentives for private companies to create new charging solutions.

So, what leadership would Tsai like to see from the UK government?

“At COP26 I’d like to see them commit to the gas system eventually being run on hydrogen. If we get that commitment, all the distribution networks would work towards that goal. We are ready to act but we need to have that confidence that only the government can provide.”