Ambitious targets set out at the beginning of last year have not been met and as a result, the market operator says customers are still not benefiting from many of the outcomes promised, in terms of the accuracy of their billing and levels of customer service.

In addition, MOSL said Covid-19 had overshadowed a large part of the 11 months of progress made but added that the joint response from Ofwat and MOSL was a “fast, collaborative and effective example of push regulation”.

MPS and OPS, which capture the overall performance levels of suppliers in the taking and submitting of meter reads and in the completion of tasks, did improve this year by 5 per cent and 2 per cent respectively (to  84.6 per cent and 92.9 per cent), but this was not the level of improvement expected in year 3 of the market.

The MPS and OPS standards are brought together bi-annually in the peer comparison league tables which have also been published today.

The majority of trading parties have increased their overall performance percentage since the mid-year point, with Water2Business leading in performance amongst larger retailers with an end of year performance of 89.5 per cent. The acquisition of Yorkshire Water’s non-domestic customers by Business Stream in October 2019 has advanced it from ninth to fourth place in the table, the biggest improvement in performance seen across the market.

Overall improvements across this grouping of larger retailers are reflected by the fact that although Castle Water’s position in the table did not move, its overall performance in the second half of the year increased from 67 per cent to 71 per cent.

Within the grouping of smaller retailers, the most significant improvement was seen from Hafren Dyfrdwy which moved from seventh to fourth position, finishing the year with 92 per cent performance. First position was retained by Dwr Cymru with 99 per cent while Regent Water ranked bottom with 76 per cent.

There has been an increase in complaints from business customers, which commonly include poor customer service, inaccurate billing, and communication problems between retailers and wholesalers. MOSL added that while the volume of complaints began to fall towards the end of the year, greater effort is required to address their root causes.

CCW, the water watchdog, revealed in February that complaint numbers had dropped to their lowest level after falling for three consecutive quarters, but remained higher than before the market opened.

Another concern that is yet to be sufficiently addressed is the issue of long unread meters (LUMs), or those that have been unread for more than 12 months and even those have been unread since the market opened in 2017. Despite a “concerted effort”, the targets of reducing the level of LUMs to below five per cent, and the number of meters unread since market opening to zero, were not met.

There was some marked improvements, however, with the number of meters unread for at least 12 months falling for four consecutive months. This represents the longest sustained fall since the market opened, with meters unread since market opening falling by 40 per cent over the course of the year.  MOSL added that notable improvement in the second half of the year gave cause for optimism that some of the seemingly intransigent problems were starting to be understood and addressed.

Coronavirus was cited as a factor having an impact on performance, with the disease having had a huge impact on the wider UK economy for several months so far this year.

Chief executive Sarah McMath said MOSL acknowledged that the virus was putting an already fragile market under greater pressure due to genuine concerns around liquidity and managing longer-term bad debt as a result of the pandemic. 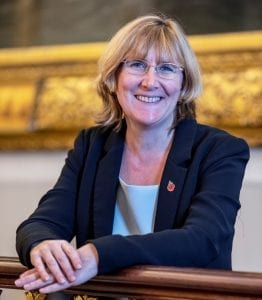 “This has resulted in a shift in focus from market improvement – and addressing the market frictions still plaguing the market – but it is vital that we do not lose sight of this work in the coming months,” she added.

Furthermore, McMath said: “The work we started at the end of 2019, looking at enhanced customer segmentation and consumption analysis, has progressed significantly during the lockdown period. This work will help us not only to understand and find opportunities to drive water efficiency, which we originally set out to do, but also to respond more efficiently to the threat of Covid-19 with more intelligent data insight.”

Despite some of the targets not being met, MOSL said there had been some notable successes such as the use of rectification plans, where the operator works with retailers to improve specific performance problems, the greater degree of collaborative working between wholesalers and retailers, and a continued focus on gaining greater data insight delivering benefits.

Writing in the report Steve Arthur, MOSL’s director of market performance, said: “The third year of the non-household market has, in many areas, seen a continuation of the challenges we have seen from previous years. One encouraging difference, however, is the increasing commitment to openness and collaboration across the market. Whilst this work has yet to deliver the enduring levels of improvement customers expect, it is encouraging to see wholesalers and retailers working together to tackle some of the thornier issues at hand.”

He added: “There is still much work to be done as the market moves into its fourth year. Many of the persistent problems are not being addressed quickly enough for customers to see the benefits. We recognise MOSL has a key role to play here and we are committed to supporting the market by providing greater data analysis and insight and reporting transparently against all trading parties’ performance including our own.”