Investment in new technology and infrastructure is at the heart of any credible plan for delivering net zero. So, why are we struggling to unleash the low-carbon investment we need? The former director of clean growth at BEIS, Tim Lord, shares his view with Utility Week readers as part of our Countdown to COP series. 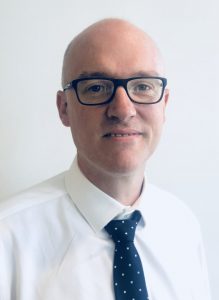 No matter your views on climate change, one thing is pretty much agreed: delivering net zero will require a lot of investment.

But, at the moment, the money isn’t flowing to low-carbon technologies at the required rate – and, as a raft of legal challenges shows, the lack of a clear plan for meeting our net-zero target is at risk of slowing down investment in the wider economy.

Massive investment in new technology and infrastructure is at the heart of any credible plan for delivering net zero. There’s uncertainty about the precise figure, given it depends on the technology mix we use and how much those technologies cost. If we use the Climate Change Committee’s estimates, we are looking at investment across the economy of over £1 trillion between now and 2050.

The need to ramp up low carbon investment

Given that investment levels are currently well below the level required to achieve that, we should be on the cusp of unleashing an investment bonanza which can deliver jobs across the economy – in new electricity generation and networks, low-carbon heating and energy efficiency in buildings, electric vehicles and charging infrastructure, and technologies which can decarbonise our heavy industry.

Steps in the right direction are being taken. But, at the moment, the numbers aren’t adding up. The prime minister’s 10-point plan committed to mobilise £12 billion of investment, and up to three times more from the private sector, between now and 2030. Impressive numbers – but £50 billion of investment over ten years pales in comparison with what’s required.

So why are we struggling to unleash the low-carbon investment we need?

Fundamental to any investment case is confidence that returns can be secured and that policy will be stable – there’s no point in investing now if the returns are too low, or the rug might be pulled later. In some areas, such as renewable power, we have stable investment instruments which enable the private sector to invest with confidence – and renewables now provide 42 per cent of our power, up from 7 per cent ten years ago.

But in other areas, the business propositions for investors – from the largest institutional investors to homeowners – are patchy at best.

We know, for example, that we are going to need to capture and store up to 45 million tonnes of CO2 a year by 2035, up from zero now. But there is no business model to enable investors to capture value from investing in carbon capture and storage. We know that we will need 1.5 million heat pumps a year by 2035, up from 30,000 now – but the current investment proposition for homeowners is to buy a product which is significantly more expensive than a gas boiler, and will increase their heating bills. And those who’ve tried to make the switch have been undermined by the cancellation of support schemes like the Green Homes Grant.

A chilling effect on wider investment

And the net-zero investment challenge is not limited to the low-carbon sectors of the economy. Net zero is not our only investment requirement – in fact, it should only be about 10-20 per cent of total investment across the economy in the next 30 years. Some of that will inevitably be in higher-carbon infrastructure, which is needed either as we transition to net zero, or can be adapted to work alongside zero-carbon technologies.

But at the moment, net zero is having a chilling effect on a range of sectors. Anyone thinking of investing in projects which might contribute to emissions must first consider the risk of lengthy and damaging legal challenge, on the basis that such projects are incompatible with our net-zero target.

Following the lengthy legal challenges to Heathrow’s third runway we have, in the last few months, seen challenges to regional airport expansion, roads investment, a new coal mine, and oil and gas extraction in the North Sea. Other areas – such as investment in the gas network – are at risk of future challenge.

So, as it stands, the picture isn’t great. While we’ve made strong progress in some areas, we aren’t getting enough investment in the low-carbon infrastructure we need for net zero, and we’re at risk of slowing major investments elsewhere in the economy because their compatibility with net zero can’t be demonstrated. There are four steps we can take to address that.

First, putting in place long-term funding, regulation and revenue streams to make the key technologies we need for net zero an attractive investment proposition. To enable private sector capital to flow, we need investors to be able to make a business case that their investment will have a return, and to be confident that the policy environment will be stable. The government is working to do that on technologies such as carbon capture and storage – but much more is needed.

Second, a relentless focus on reducing the cost of capital. The UK’s success in renewables has been driven by the Contracts for Difference – which has significantly reduced the cost of capital, enabling much lower cost deployment. That focus on cheap money must be reflected elsewhere in the economy – including through direct government support to reduce costs for areas such as investment in our homes.

Third, a clear pathway to net zero, which sets out the role that fossil fuels will have in our economy as we transition. The argument in legal challenges to high carbon infrastructure pivots around one central point: the applicants arguing that fossil fuel investments can’t be compatible with net zero; and the defendants responding that they can. Without a clear plan for net zero, these arguments can’t be properly tested. The only way of practically assessing them is to have a clear, quantified plan for how net zero will be reached.

And fourth, investors need to wake up to what net zero really means. Investment plans which rely on meeting net zero through implausible levels of afforestation or carbon capture but allow emissions to continue to increase in the short-term, are not credible. While many banks, pension funds, and energy utilities are waking up to this, many are not – and those who are not are creating huge risks both for the climate and their investors, as they focus on assets which will inevitably be stranded by future climate targets.

None of these proposals are rocket science – they require clear objectives, transparent analysis, and a stable policy environment. With those in place, we can unleash a transformation in investment which can both deliver net zero and support jobs and growth across the UK.