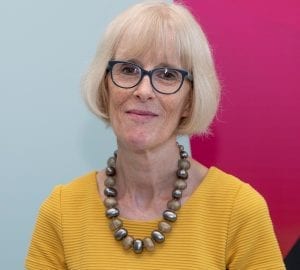 Last month’s heatwave underlines the fact that we are in the midst of a climate crisis alongside an energy security, cost-of-living and unfairness crisis: A triumvirate of threats that should, and must, weigh heavily on any Prime Ministerial candidate.

All were foreseeable, and none will be resolved either by good intentions or market economics alone.

What may be less apparent is that energy networks are also in the midst of a staffing crisis which, if not resolved, will make it nigh on impossible to achieve our goals.

Employers and unions alike need government to provide that leadership, now and for the long term. This is sadly lacking, as shown by the continuing delay in committing to getting on with Sizewell C.

We need a strategy that moves us away from crisis management. It is simply negligent to delay investment decisions when the alternative is the widespread chaos and human cost caused by the kind of so-called extreme weather events that have already occurred several times this year.

The energy price cap is fundamentally broken. It has failed to improve affordability for consumers and has eliminated profitability in the energy retail sector, costing thousands of jobs. Rather than playing populist politics over short-term measures that will little help hard-pressed households, Rishi Sunak and Liz Truss should commit to introducing a social tariff alongside regulatory reform that helps consumers now and in the longer term.

The Committee on Climate Change says that electricity production must double by 2050 and that low-carbon electricity generation must quadruple.

But that cannot be achieved on the back of systems and structures that are decades old. The GLA has already warned developers about a potential ban on new housing in West London until 2035 because of a lack of capacity on the distribution network.

Neither can increased electricity production be achieved on the back of employment models that incessantly demand more from staff.

In a recent Prospect survey of members working for Distribution Network Operators (DNOs), 70% of respondents said that their team was not adequately staffed for safe work. One third of respondents working on standby regularly worked in excess of 16 hours a day and 77% reported that they did not have a choice about much stand-by they do. Excessive workloads have caused significant issues of fatigue and low morale. This is unsustainable.

Prospect members working in network companies are clear that there is an energy staffing crisis and that the current price control review will not resolve it.

Political pressures on a regulatory framework that is not fit for purpose will exacerbate these trends to breaking point.

The Energy Bill will return for Parliamentary scrutiny in September. Delivering more secure, affordable energy must be a key priority for the new Prime Minister, but they will not succeed unless they also fix the energy staffing crisis.