Northumbrian Water will combine the advantages of digital and face-to-face platforms for inspiration and problem solving at its fifth Festival of Innovation. The company’s CIO Nigel Watson tells UW Innovate how the mix will allow the company to build on the impressive legacy of its first four events.

More than £31bn was spent on business events such as conferences and exhibitions in 2019 according to a report from the Business Visits & Events Partnership — a sum almost completely wiped out by the wave of cancellations instigated by Covid measures imposed from March 2020.

Yet more than a year, and a fully virtual Northumbrian Water Innovation Festival, later the UK has the joint highest percentage of people comfortable attending live events at 46% alongside Denmark as per YouGov research.

While a quarter (26%) of Brits remain uncomfortable according to the same dataset, this is far lower than the 38% recorded in Denmark and the US, and 48% and 54% in Canada and Australia respectively.

To try and cater to all, Northumbrian Water is set to deliver its first “hybrid” Festival of Innovation in October, building on learnings from its Covid-enforced digital-only event last year and overlaying these on a multi-site programme of physical sprints and other problem solving sessions. It’s the natural step forward for an event once pitched as having “a Glastonbury feel without the sex and the mud”.  “It’s an innovation festival so the event itself has to carry on innovating,” says Nigel Watson, Northumbrian Water’s CIO. 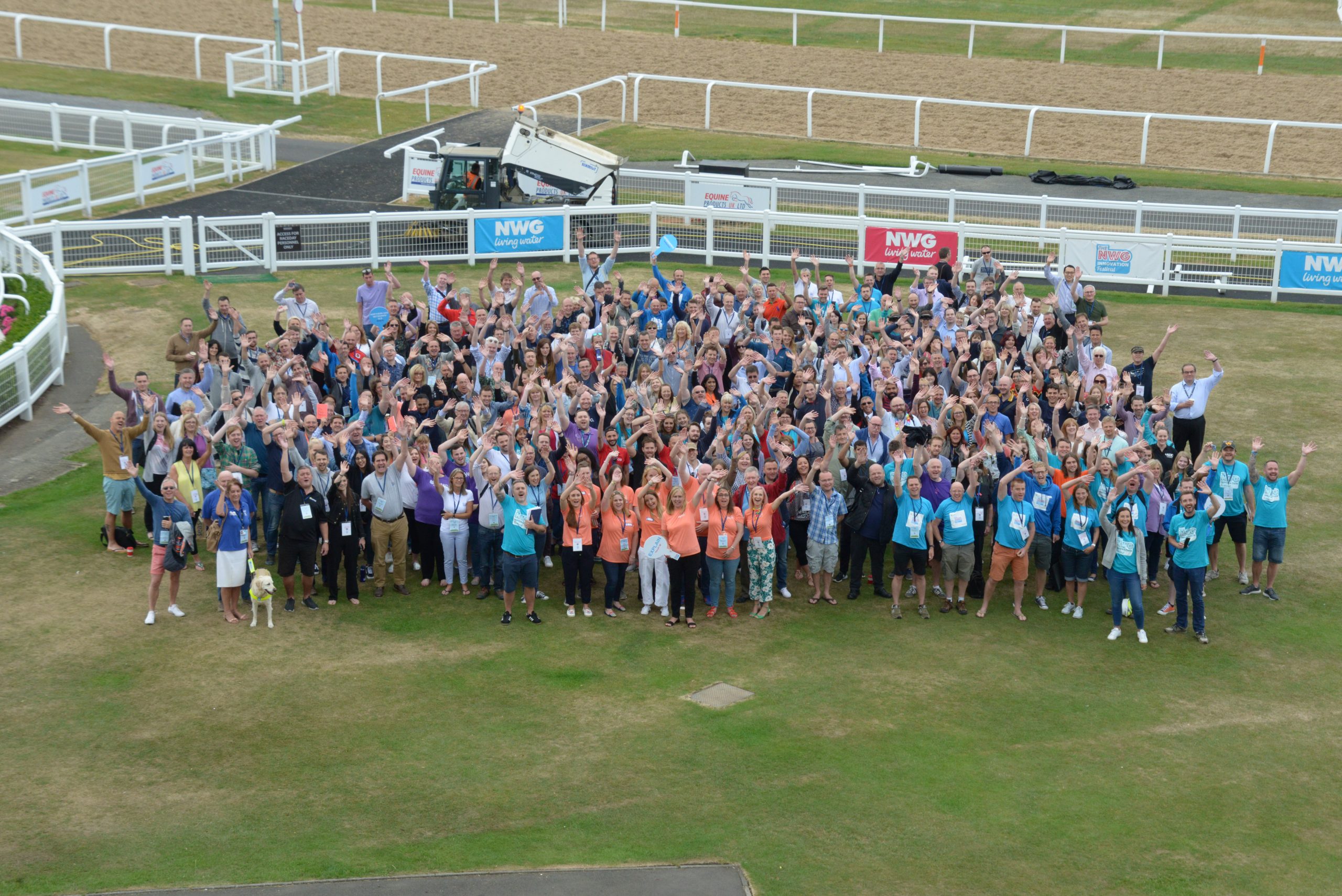 Northumbrian Water’s Innovation Festival launched as a “brand new concept” in 2017 featuring 1,000 participants and revolving around a number of “sprints” based on Google’s Design Sprint method of taking a small team, clearing a few days in the calendar, and progressing from problem to solution — a ritual now employed by companies from the US Army to Lego.

Northumbrian’s sprints have similarly provided building blocks for industry innovation with the 34 ideas generated by the inaugural event increasing to 65 in 2020, with Northumbrian also submitting 13 bids to the first year of Ofwat’s Innovation competition.

“If you look at our innovation pipeline at any given point there are probably about 80 ideas in there,” Watson says. “The last time I looked there’s about twenty five million pounds of value in that.”

Standouts for Watson range from smaller scale sprints to those hurtling into industry wide issues. 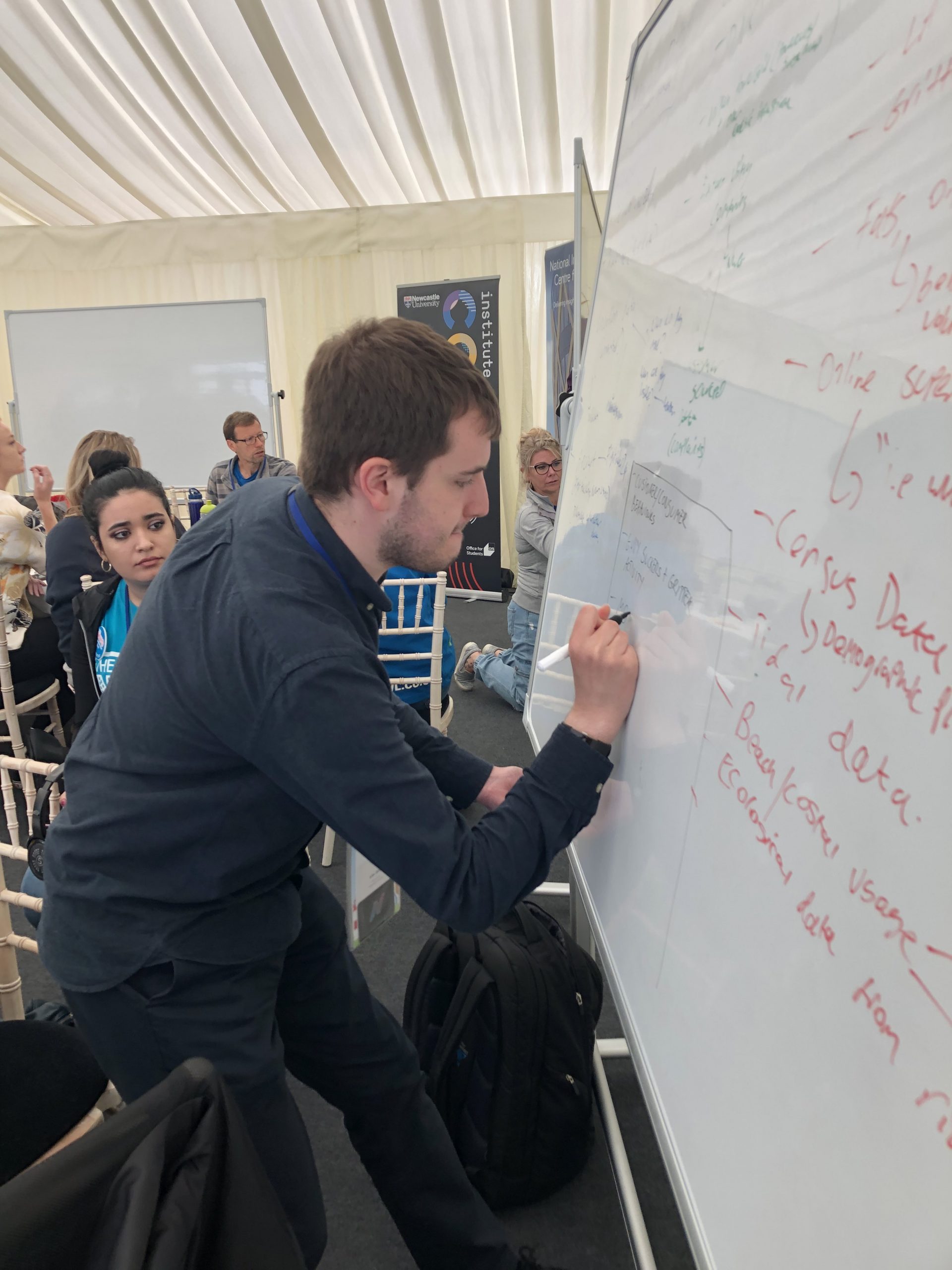 While he flags a session carried out in tandem with Ford to transform vans as workplaces to reduce feelings of isolation and tackle mental health challenges among drivers as a standout example, he claims the festival’s “poster child” is the National Underground Asset Register – a common underground map of the UK.

“It spans a few festivals for a start, so I guess it’s woven into the fabric of the event,” Watson reflects. “In 2017 three sprints said we need a common underground map. They were each looking at very different problems — from how do you optimise a mobile workforce and looking at the barriers to productivity to how green can our cities be. They came to establish that a common underground map is really important.”

While stakeholders weren’t initially willing to part with data to bring the concept to life, subsequent sprints “crashed through” that and other hurdles the following year by challenging company legal teams to write a data sharing agreement over the course of a few days. “A year and a half or two years’ worth of lead time in the real world,” according to Watson.

“We had another team set up a platform, one which ingested data and another which wrote an app,” he recalls.

The legwork from these early sprints allowed Northumbrian to run out a map of four underground areas of Newcastle in a week, investing alongside Northern Gas Networks. It also led to the creation of a common underground map of Sunderland with Sunderland City Council for £100k.

“It’s a really interesting example of public and private sectors coming together and it has potentially massive value for UK PLC,” Watson says.

“An independent party has produced a piece of work looking at what the value of a common underground map would be in terms of avoidance of accidents, cable strikes and interruption to society and their number was greater than two billion pounds.”

The Geospatial Commission launched its National Underground Asset Register in 2019 with the aim to realise some of this value through better mapping underground assets, with a pilot concluded in April 2020.

“It is the first time that the UK government has brought major utility companies and local authorities together to share data through a single data platform for safe digging,” according to Thalia Baldwin, the Commission’s director. 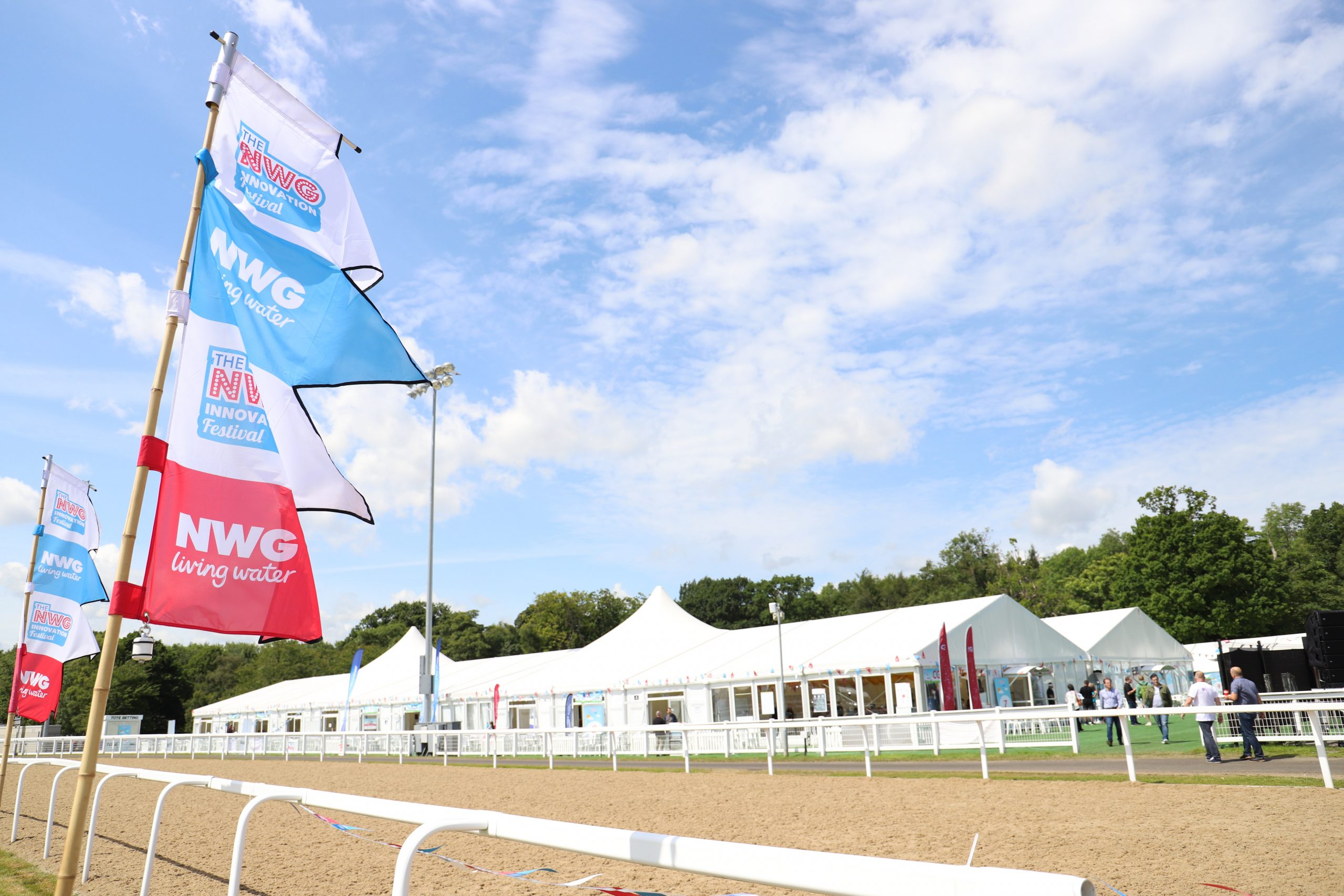 This year’s event, titled The Brilliant Get-Together, will gather experts, engineers and academics from across the globe to join Northumbrian Water’s 2021 Innovation Festival virtually in a similar way to the 2020 event — attended by participants from 37 different countries — while simultaneously hosting gatherings at real-life, Covid-secure, hubs across the UK.

While the festival marks a departure from a number of enforced pandemic features, Watson is excited to see lessons in open innovation which were “writ large” in efforts to tackle Covid-19 play out.

“[In the early days of the pandemic] organisations came together and recognised that there were problems to be solved,” he explains. “Other priorities were put to one side and they thought about solutions. You saw McLaren motor racing team, for example, innovating on ventilators. There were people who came together and did things incredibly quickly.”

The pandemic has shown us that it can be done, it needs to be done 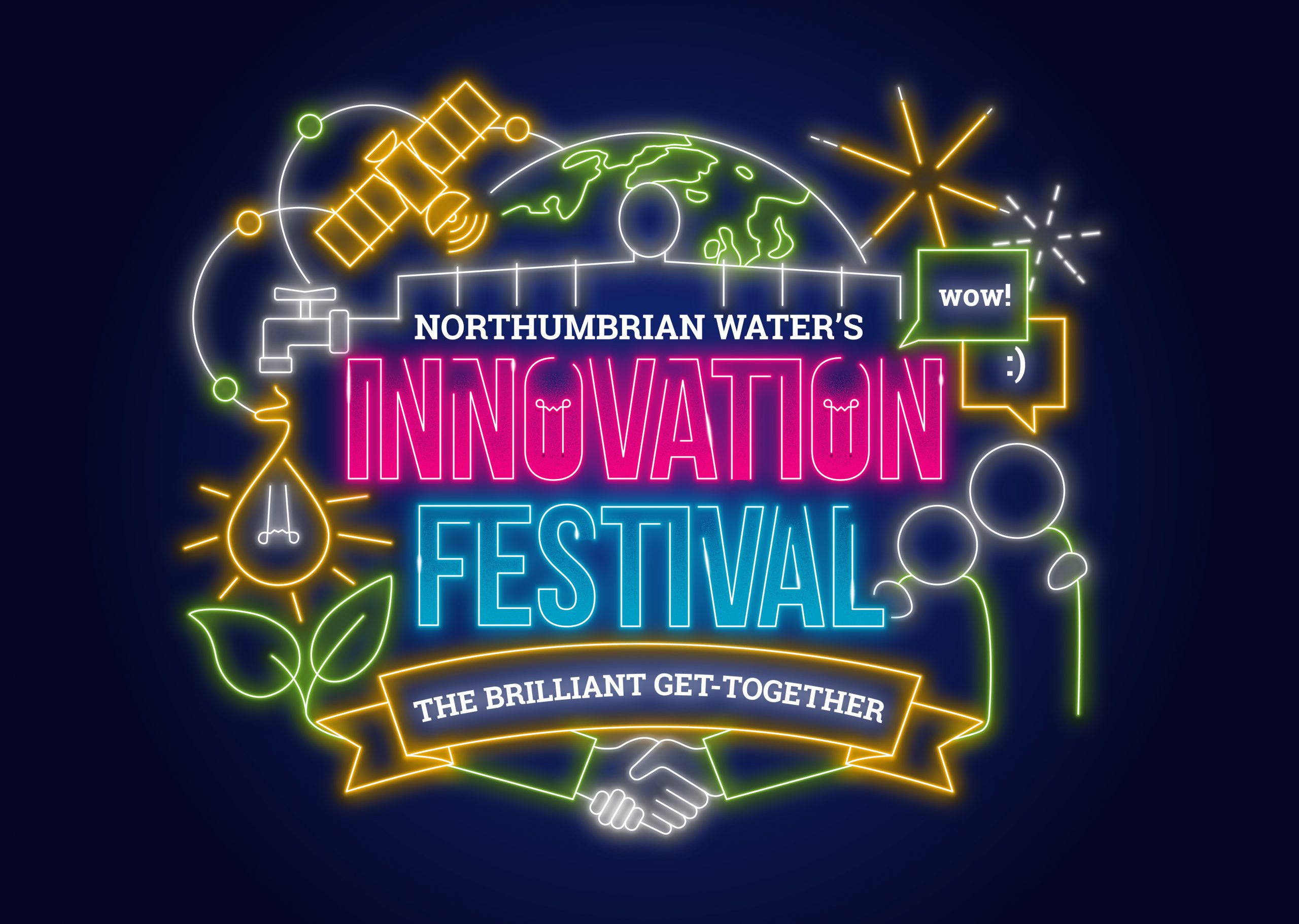 Returning between October 18-21, Northumbrian — earlier this year identified as the 25th Top UK Workplace (Super Large) by the Great Places to Work Institute and awarded Centre of Excellence in Wellbeing status — will host sprints on people power, customers, assets and technology, “probably the fastest changing thing in our environment at the moment”, Watson says.

What’s more, alongside a “greater focus” on rural economy, the festival will once again dissect pressing climate change challenges and the charge towards net zero.

“We face this climate emergency and that, to me, is an obvious area where I know we’re looking for a market led solution in this country,” Watson adds. “But how do we come together to act quickly and collaboratively, innovate openly, share our problems and solutions, progress experiments, test them out as quickly as we possibly can and adapt and learn to share them? The pandemic has shown us that it can be done, it needs to be done.” 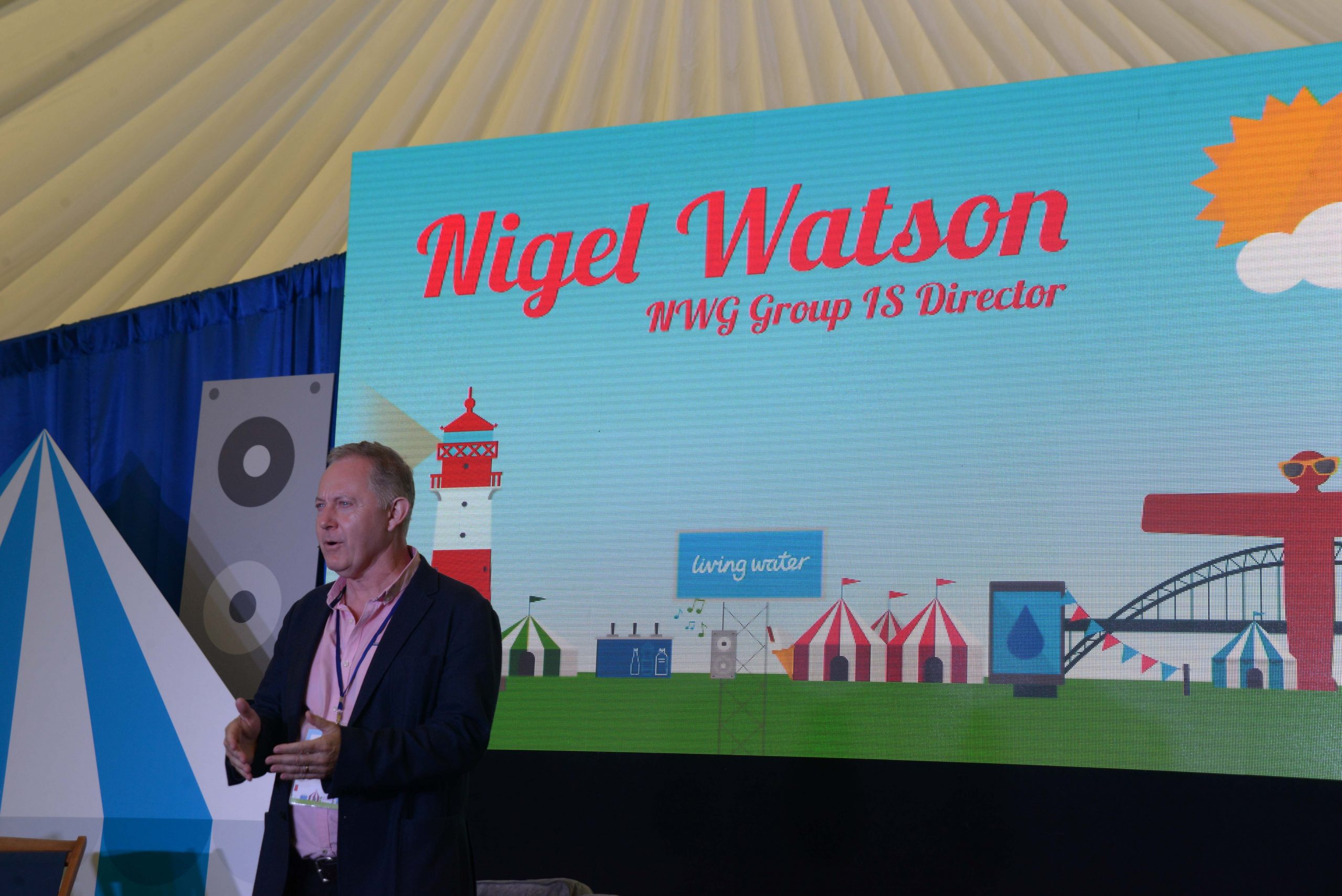 Just as it’s hoped this year’s festival will once again yield onward progress with regards to the environment, Watson adds that Northumbrian’s own eco system has ultimately flourished off the back of what’s become an regular fixture in the water industry calendar.

The firm, which supplies 2.7 million customers in the north east with both water and sewerage services, has engaged with both industry and non-industry players since the inaugural festival in 2017, from tech giants such as Google, Microsoft and IBM to Proctor and Gamble and Arsenal Football Club — an unlikely match for Tottenham fan Watson.

“They’re talking to us about sharing ideas on innovation and we never would have done that without the festival,” he says.

The link-up that most excites Watson going into this year’s festival, however, isn’t quite so close to home. 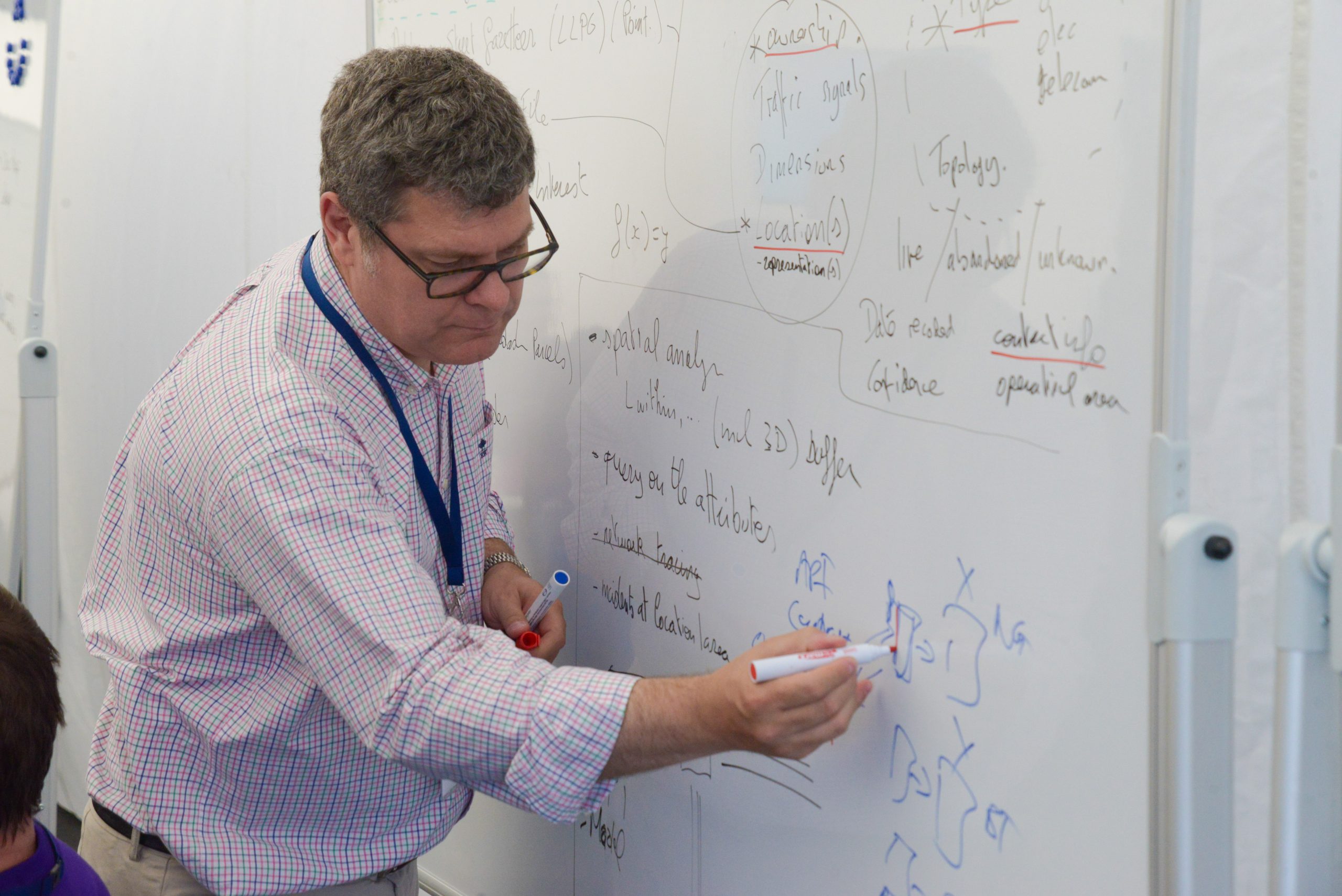 “We had some activities in Australia last year, and people who joined in loved the experience, so we’ve got Sydney Water standing up what is in effect a sister festival on the other side of the world,” he explains. “It’s great to be collaborating with those people. We saw the benefits of that last year, but I think it’s going to be on a different scale this year.

However, while Watson anticipates a degree of direct correlation, he forecasts that there’ll be other areas where similarities run out — “an important part of innovation,” he stresses.

“So where we’ve got challenges with inclusivity in this country, they also have challenges, but they’re different as well. So how they tap into talent in the Aboriginal community will be different to how we tap into black, Asian, and minority ethnic communities to get more input into the water industry where fundamentally it could and should be more diverse.” 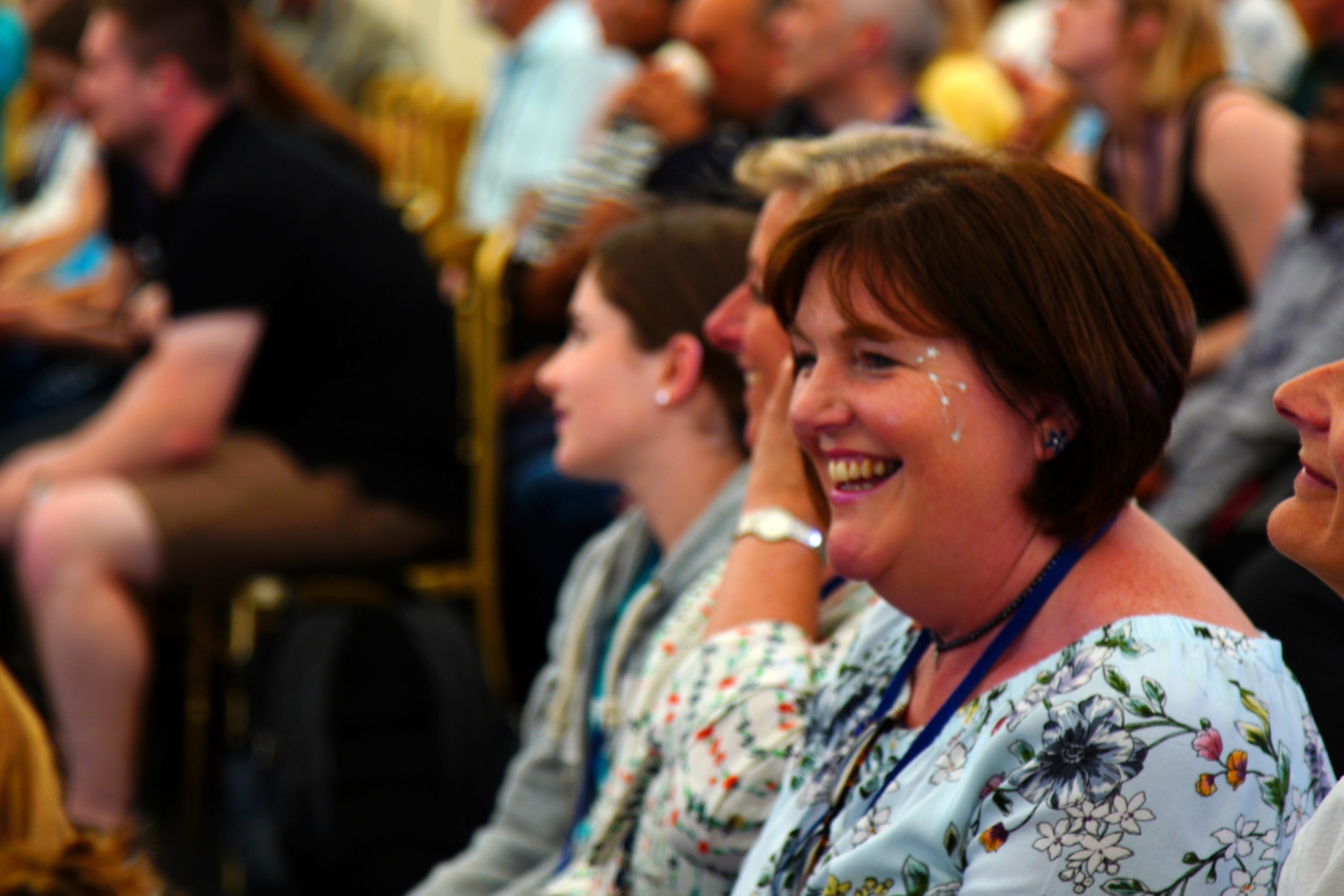 Despite the event sector’s near fatal Covid experience, Watson believes it’s still “really early” to sift through the fallout from the pandemic in the water industry at this year’s festival – especially given ongoing issues both large and small.

“We’re seeing different headlines every day,” he says. “The shortage of HGV drivers, for example, what impact is that going to have on our supply chain?

“The pandemic drove us to do some things — and this would be true of all sectors — more quickly than we would have done. We all adopted technologies and got used to working more remotely and travelling less.

“We ourselves adopted the technology that allowed us to use video on smartphones and reduce the number of home visits that we undertake — I can see that has some mileage, if you look at it in terms of efficiency, carbon reduction, more digital, and better customer experience. I think if you can fix a customer issue easily and quickly without that customer having to wait for somebody to actually come around the house a lot of customers will like that.”

How do we make sure our services are resilient in the face of what’s coming at us?

Watson doesn’t predict the pandemic will make many ripples unique to the water industry, but instead deems climate change — a “double sided coin” — the single biggest catalyst for innovation at both Northumbrian, named the world’s most ethical water company for the tenth time in 2021, and in the wider industry.

“We obviously have our own journey to net zero, and we’ve set ourselves a target of 2027 — which is ambitious as the UK water sector has a target of 2030,” he says.

“I think the water sector is the fourth or fifth largest user of energy in the country so there’s a lot of work to do there and I think this is one of those areas where open innovation is a powerful lever. Just sharing experiments and not having each company going and repeating the same mistakes.

For Northumbrian, the hope is clearly that the answers will come via agile sprints rather than the marathons of major industry change programmes.