Ofgem’s chief executive Jonathan Brearley has set out his expectation that the energy sector will start to return to business as usual from next month. 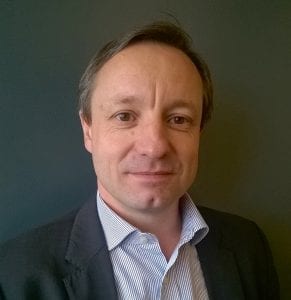 The regulator has written to suppliers, networks and the electricity system operator informing them that normal regulatory rules will apply from 1 July.

In April, Ofgem reassured the industry that it would take a flexible approach to compliance for a three-month period, giving them the option to de-prioritise areas of least immediate importance.

However, Brearley said now was the time for a “steady recovery” to begin. This will extend to Ofgem’s own forward work programme, where an “ambitious, but realistic” approach to policy development will be unveiled in the coming weeks.

In a blog published this morning (16 June) Brearley stressed that “now it is time to move to the next phase of managing the Covid-19 crisis – in particular, for the industry to return to providing the usual level of customer service to all consumers”.

He said Ofgem would continue to monitor the impact of the pandemic on the industry’s ability to meet its regulatory obligations and that in the case of a second wave, there would be a reappraisal.

“The industry has demonstrated its commitment to collaborating with Ofgem and the government to protect consumers through a pandemic. Now it is time to work hard to restore normal standards of service. But it is also an opportunity for the industry to build on its performance during the pandemic to further reset its relationship with consumers. More trust between industry and consumers is vital if we are going to deliver a clean and resilient recovery, which will allow us to hit Britain’s net zero targets. I am sure most companies share this aim, but Ofgem will act robustly if any firm fails to treat consumers fairly in the tough times ahead for many households.”

In his letter to energy suppliers, Brearley praised companies for rapidly adapting to new ways of working.

He said that while call volumes are not yet back to normal, most suppliers had told the regulator they were prepared to respond to an increase in customer contact.

He urged suppliers to now look to remove any messaging on phone lines (or other channels) that seeks to deflect non-emergency contact.

Suppliers will have to satisfy Ofgem that any dip in performance from July is down to “the unavoidable consequence of the continuing effects of Covid-19”.

Brearley also reiterated the need for suppliers to signpost support for customer struggling to pay their bills.

He acknowledged the difficulties of navigating social distancing guidance but said he expected to see active planning on re-commencing non-emergency visits if this had not already been done. Self-reporting of any non-compliance will be encouraged.

On the smart meter rollout, Brearley said that suppliers should still be working towards the 2024 deadline “or any revision to that framework” and that Ofgem would look at actions taken and assess compliance “over the whole rollout period”.

Brearley also paid tribute to the hard work and ingenuity of network companies, saying their approach had been “critical in setting an example for others to follow”.

He said that after discussions with the industry, Ofgem anticipated there would not be many situations in which coronavirus guidance would impede companies in complying with their obligations. The most likely obstacle remains those works which rely on access to domestic properties, or a rapid scale-up of a supply chain that may be impacted by pandemic measures, he said. He admitted there “remains significant uncertainty about the way the relaxation of restrictions affects the work and services undertaken by the network companies”.

Ofgem’s expectation is that networks will clear any backlogs of de-prioritised works and services that were due to take place between 8 April and 30 June “at pace, whilst reasonably taking into account other competing demands from customers and continuing to work in line with government Covid-19 related guidance”.

Ofgem will continue to review areas of the ESO’s incentive scheme where priorities may have shifted as well looking at the actions ESO has taken over the Spring to manage low demand.

However, Brearley insisted that the ESO will be expected to meet all of its licence obligations from 1 July, with the exception of the delay to TERRE.

However, all but one asked to delay their entry after RTE – the TSO in France – requested a 12-month derogation from the January deadline due to problems with the implementation. The request was granted by the French energy regulator CRE in September 2019.

Among those to request a similar derogation was the ESO. Although Britain currently has three operational electricity interconnectors to continental Europe – one each to France, Belgium and the Netherlands – neither Belgium nor the Netherlands will be among the first countries to join, meaning the ESO will initially only be able to access the exchange through France.

Ofgem granted a derogation to the ESO, but not the full 12 months it had asked for. The regulator noted that, despite securing a year-long stay, RTE expected to be ready to join the exchange, if not participate, by June 2020. It therefore granted a derogation until whichever of the following comes soonest: 30 June 2020; the date when RTE starts using the platform; or the date when RTE connects to the platform.

However, as a result of ESO having to redeploy staff to more urgent functions and the difficulties with training staff and implementing the required IT changes during lockdown, it has now stated it will not be able join until October at the earliest.

Brearley said: “We are continuing to engage with the ESO to reach a common understanding on when it will be able to join the TERRE platform. If in future the ESO believes that any further exceptions are needed, we are open to considering these.”