Ofgem’s director of networks has told a Utility Week conference the premium National Grid is paying to acquire Western Power Distribution (WPD) proves the regulator’s case on cost of equity.

Returns for investors are at the heart of appeals by gas and transmission companies, including National Grid, against Ofgem’s RIIO2 final determinations.

The eight appellants to the Competition & Markets Authority (CMA) have argued that Ofgem’s direction of a 4.3 per cent cost of equity will deter investment needed to hit the country’s net-zero targets. 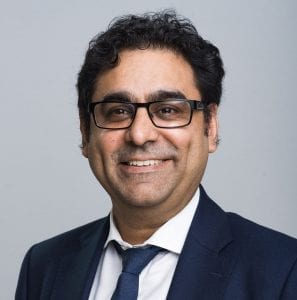 Akshay Kaul told the Future Networks Conference yesterday (28 April) that the £7.8 billion pricetag for WPD, representing a premium of c60 per cent over its regulatory asset value (RAV), showed the market remained attractive to investors.

Quizzed on the criticisms by the appellants, he said Ofgem had presented “a pretty healthy level of allowed returns for the networks and we fully expect them to outperform the settlement, as they have done overwhelmingly in prior price controls”.

He added: “One indication that it is a very attractive regime at those levels is that we have had a major transaction in the market since the determinations were published in December with National Grid buying WPD – not for a small or modest premium to their RAV but a whopping premium of about 60 per cent.

“Either way it suggests that the allowed returns we set at 4.3 per cent remain extremely attractive for investors.”

In her presentation on the second day of the conference, today, National Grid’s president of UK networks, Nicola Shaw, said Kaul’s comments were “slightly misleading”.

She said: “You have to separate these things out. Ofgem has a process that calculates the cost of equity. They use the CAPM (Capital Asset Pricing Model) model to start off with and then they do cross-checks. They say that the transactions profile would be a cross-check so it’s just one part of their thinking. They now seem to be saying it’s everything.

“It’s not the way we think about it at National Grid. This was a strategic decision to move into electricity distribution. We know we have bought a very high-performing business and we see lots of opportunity for growth.

“It’s also a linked transaction so Akshay’s focus on multiples of the RAV is slightly misleading because it’s not just about that transaction, it’s also about the sale of our Rhode Island business (Narragansett Electric Company) to PPL (the current owners of WPD). So, it’s a double transaction.”

Shaw went on to explain her concerns around the use of the outperformance wedge, saying it undermined fundamental principles of regulation in monopoly markets.

“What regulation is trying to do is create the same kind of incentives we would have in a competitive world. In that world you have to get your costs down and you’ve got to encourage people to buy your stuff. If you do that right and you’re a leader in your sector, you will do well and you’ll probably beat the sector metrics. That’s what we should try to replicate in the energy industry too. In fact, it’s at the heart of the RIIO model.

“If I say to my organisation – ‘please do this, but not too much because it might not be worth it’ or  ‘innovate a bit and then stop’ – I just don’t understand how you can create the right incentives in an organisation to deliver what is needed.”

The CMA has ordered the appellants to Ofgem’s final determinations to align some of the grounds of their appeal, including on the cost of equity. The deadline for redeterminations is set for 30 October.