Ofwat has urged wastewater companies to show greater ambition in their plans to make short-term improvements to river water quality as part of longer-term efforts to tackle storm overflow issues.

The regulator praised those companies – Anglian, Severn Trent, South West and Northumbrian – that have committed to make immediate progress on reducing harm from combined sewer overflows (CSOs) by reducing spills to an average of 20 per year by 2025.

However, Ofwat said others had shown “limited ambition to act before 2025 beyond pre-existing plans set three years ago.” 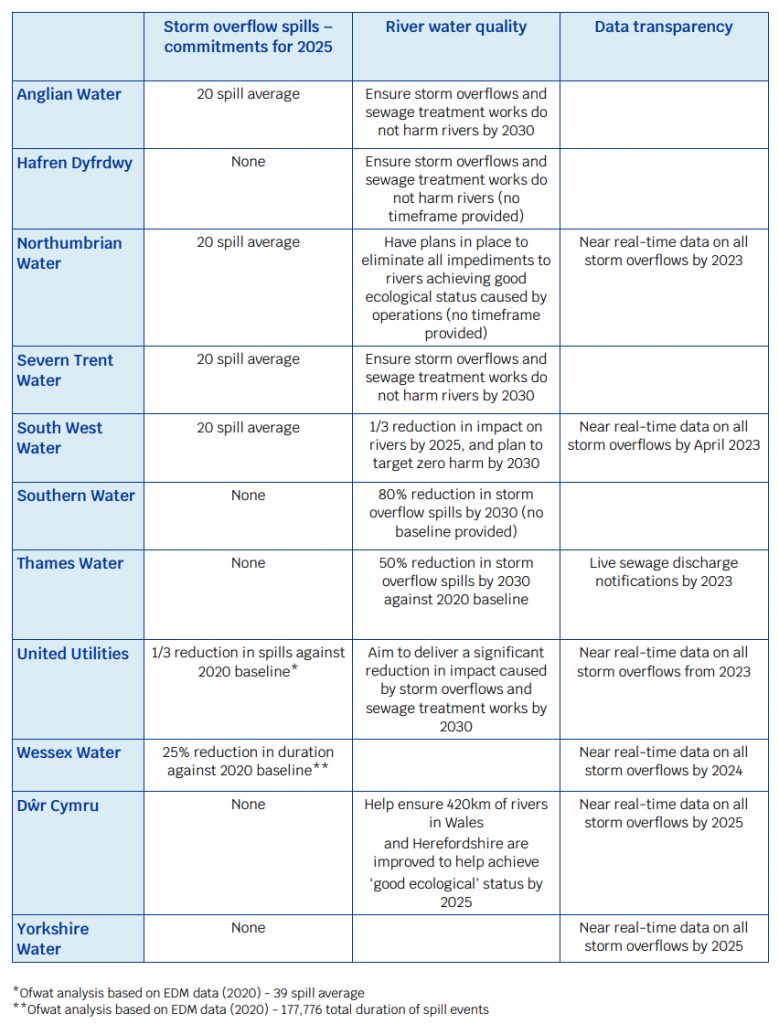 “I am pleased to see the firm commitments to take action within some of the plans, which sets the pace for others to follow. These commitments need to be turned to actions which can and must start now,” said Ofwat chief executive David Black.

“Companies that are lagging behind need to catch up with the leading companies. Where companies are failing to meet their legal obligations, we will not hesitate to take action. All wastewater companies are still subject to our ongoing investigation on how they manage their sewage treatment works.”

The regulator said their progress will be used to help set performance benchmarks on storm overflows at PR24. It warned that companies that do not accelerate their plans “may well face more challenging improvement targets at PR24”.

Ofwat will consider how to incentivise and enable companies to further reduce harm caused by overflows within the next price review to achieve the targets set in the Storm Overflow Discharge Reduction Plan issued by the Department of Environment, Food and Rural Affairs (Defra).

The regulator said “unresolved operational problems” such as asset configuration, pump failures or power failures, which can cause overflows to spill and are within companies’ remit to fix, should be addressed as a priority. It said it will take swift enforcement action if discharges occur that are a result of companies not remedying operational or maintenance issues.

Ofwat has come under increasing pressure to improve water quality in rivers and launched an investigation in November into wastewater companies’ compliance with CSO discharge permits.

Environment minister Rebecca Pow noted that her party, which has held government for 19 of the 32 years since privatisation, is the first to instruct companies to reduce the harm overflows can cause.

“Water companies have been allowed to get away with it for too long, and they must step up,” said the parliamentary under-secretary for Defra. “We will be monitoring the progress of water companies, and where they do not deliver we will not hesitate to take further robust action.”