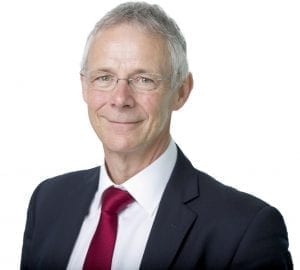 Britain stands on the cusp of a world-leading hydrogen revolution, and one which we are almost uniquely positioned to take advantage of. With an extensive, world-leading gas grid, huge amounts of offshore wind resource and liquid energy markets, there are few other places as well positioned as the UK to lead the international race to build a hydrogen economy.

Published as part of Energy Networks Association’s Gas Goes Green programme, Britain’s Hydrogen Network Plan will play a vital role in delivering the UK’s ambitions for hydrogen, as set out in the prime minister’s 10-point plan for a green industrial revolution.

That includes how gas network companies will progress to be ready to start blending up to 20 per cent hydrogen into the gas grid by 2023 and how they will help deliver the UK’s first ‘Hydrogen Town’ by 2030.

It also shows how this transition will enable Britain to decarbonise ‘hard to reach’ sectors such as industry, heavy transport and domestic heating, integrating higher volumes of renewable electricity generation and saving an estimated 41 million tonnes of CO2 a year – eliminating around 12 per cent of the of the UK’s total CO2 emissions as we move towards net zero.

Conversion of much of the overall gas network to hydrogen is the best way to allow hydrogen to reach all the users who will need it. A full role for hydrogen in decarbonisation is estimated to create 195,000 jobs overall, of which 75,000 jobs and £18 billion of economic value added would be created by 2035, supporting the UK’s post-Covid green economic recovery.

All five of Britain’s gas network companies, responsible for owning and operating £24 billion of critical national energy infrastructure, are committing, through this plan, to delivering this work. It forms a key part of their ambition to building the world’s first zero carbon gas grid, here in the UK.

Britain’s Hydrogen Network Plan is founded on four tenets that will underpin the role of Britain’s gas network infrastructure in a hydrogen economy. These tenets reflect the breadth and scale of the impact that the transformation of our gas networks will have. They will guide how gas network companies ensure people’s safety in a fast moving and changing energy system.

They reflect how the companies will maintain security of supply to our homes and businesses, as we move away from the natural gas that has been the bedrock of our energy system for half a century. They will support the public’s ability to choose the right technology, so households and businesses can choose the low carbon technologies that are best suited to their needs. And they will deliver jobs and investment, so the transition of our gas networks has a lasting and enduring economic impact in communities across the country.

As we look to the future, the exciting role that hydrogen has to play in delivering a net zero economy is becoming increasingly clear. We look forward to working closely with the customers we serve, the government and the wider energy industry to turn that ambition into reality.