The decarbonisation of the power sector has so far tackled the “low hanging fruit” but significant challenges remain, writes Randolph Brazier of the Energy Networks Association. To mark World EV Day, he examines the obstacles to the rollout of rapid charging infrastructure, and how they can be overcome. 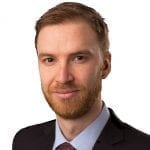 In the first half of 2020, for the first time, renewable energy sources overtook fossil fuel generation in the EU, with renewables accounting for 40 per cent of generation. Closer to home, we’ve had coal-free and renewables generation benchmarks broken on an increasingly regular basis, reflecting a myriad of low-carbon milestones that we’ve seen since the beginning of the year. Milestones which have, however, been largely confined to power generation.

Billions of pounds have been ploughed into renewable and low-carbon power, driving the sought-after combination of economic growth and decarbonisation. However, the power sector is the “low hanging fruit” of decarbonisation, with off-the-shelf technologies witnessing a rapid cost reduction and a speedy global deployment. Other sectors pose more of a challenge, including transportation. According to the Department for Business, Energy & Industrial Strategy (BEIS), domestic transport remains the largest contributor to GHG emissions in the UK. Transport emissions are 4 per cent higher than in 2013 and are only 3 per cent lower than in 1990. That was until the advent and exponential growth of electric vehicles which could in a short space of time turn this on its head. 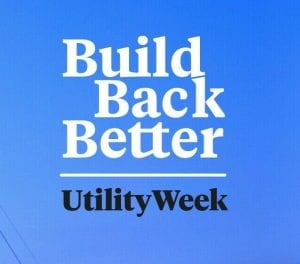 Electric vehicles have witnessed a decade of continuous growth interrupted solely by the economic fallout from Covid-19. Even when considered in this light, electric vehicle sales have fallen by significantly less than those of internal combustion engines, a mark of resilience proving their future demand.

The energy networks firmly support the government’s ambition on electric vehicles, including the proposals to bring forward the end to the sale of new petrol and diesel cars and vans from 2040 to 2035 or earlier. In fact, from a networks point of view, this could be brought forward even earlier – if government and the regulator put the right frameworks in place, unlocking investment, then the networks will be ready.

However, making sure that rapid charging infrastructure is visibly deployed right across the UK will be critical in enabling the smooth rollout of electric vehicles and boosting consumer confidence. This is especially the case when addressing “range anxiety”, which is regularly touted as the number one reason for people not purchasing an EV. Strategic investment, which is often referred to as investment ahead of need, will address this and will also enable the network companies to socialise the cost of doing so over a longer period of time, mitigating the cost impact on the bill-payer. Nonetheless, the question of how much of a connection cost should be subsidised remains. The energy networks are actively engaging government to tackle this problem.

The increasing density of charging infrastructure, especially high-powered charging infrastructure, can place great strain on the electricity networks. The electrification of heat also needs to be considered as this will also be driving increased power demand across the network. It goes without saying that this widespread, cross-sector electrification will not only need adequate levels of investment in low-carbon generation, but also in strategic network reinforcement and in the smart charging and flexible solutions. The UK networks have pioneered flexibility markets, which can significantly reduce the cost of traditional reinforcement.

Reinforcements can take significant time – especially when digging up busy streets – so networks must be allowed a lead time for these developments, including planning permission and construction time. To enable electric vehicle readiness to happen in time, these changes need to start now.

The regulatory regime needs to reflect this reality. Network companies need to be able to raise the funds necessary to build the smart, flexible infrastructure needed to create the backbone of an electric vehicle roll-out. What’s more, the pace of change we are seeing is only going to accelerate as take up of new technologies such as smart meters, energy storage and electric vehicles increases and consumers exercise greater choice and control over the way in which they use energy.

From the Chancellor’s recent announcement of £500 million for rapid charging infrastructure, the government’s commitment to the Plug-in Car Grant and the Prime Minister’s recent infrastructure speech, it is clear that the political ambition is there for electric vehicles. An ambition which, if reflected by the regulator, the network companies are primed and ready to deliver against.