Last month, Balfour Beatty announced it was quitting the gas and water sectors, as the contracts available were no longer attractive. Trevor Hoyle, former MD of utilities for M Group Services, gives a supplier perspective on the current viability of the utilities sector as well as exploring emerging models of co-operation. 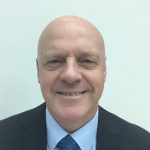 For the utilities industry to perform at its optimum in delivering the required outcomes for consumers, all relevant stakeholders must be fully committed and engaged. This includes investors, regulators, clients and suppliers.

An effective and efficient supply chain is crucial to the success of that mix. So, what of the news that Balfour Beatty is effectively exiting the water and gas sectors?

The key questions that arise are: is this indicative of a reducing attractiveness of the industry generally; does it represent a changing shape of the supply chain or is it borne out of a set of circumstances specific to one, albeit major, supplier?

The answers to these questions take on greater significance as we enter a post-Covid world, whilst continuing to face the pre-existing challenges of climate change; decarbonisation; population growth; urbanisation; consumer-affordability; financeability and Brexit (remember that?). That is in addition to whatever else may be round the corner in an increasingly uncertain world!

It is perhaps a little remote to suggest that this is a result of a reducing attractiveness of the utilities industry generally. It is, nonetheless, clear that utilities clients are facing an increasingly tightening financial environment due to inter alia lower allowances for Weighted Average Cost of Capital (WACC). This will likely be compounded, at least in the short-term, by consumer-affordability issues as jobs are lost in the aftermath of the pandemic.

Prior to the arrival of Covid-19, we had already seen an unprecedented four water companies (Anglian, Bristol, Northumbrian and Yorkshire) making referrals to the Competition and Markets Authority over Ofwat’s final determinations. Related concerns had also been expressed to Ofgem by National Grid and several other clients. It is clear that the industry must remain attractive to investors in order to succeed. It is also clear that whatever challenges clients face, they ultimately translate into effects on the supply chain.

For a supplier to wish to enter or remain in a sector, or more particularly enter into or remain in a contract arrangement with a client, it will seek an appropriate level of reward for the risks undertaken. Many suppliers in the industry already operate on perilously thin profit margins. This leaves little scope for error and reduced appetite for the innovation that the industry desperately needs to meet its future challenges.

Whilst running a tightrope of working capital and operational risk, it is very difficult for organisations to seek and invest in innovations. In extreme cases, and crucially where a supplier has choices, we may see an exit from the industry as in the case of Balfour Beatty. With potential sight of better risk-reward profiles in transportation, energy and overseas jurisdictions in this particular case, it appears that the choice existed and was made. With, for example, Network Rail set to spend c£50 billion over a five-year period and Highways England also set to spend c£27 billion over the same timeframe, utilities clients are vying for attention with some significant players from other sectors.

So, are we seeing an evolving structure of the supply chain? Over several years, work-types in the utilities industry have shifted from larger-scale, individual capital projects to more maintenance-driven programmes of work, typically of lower individual project size. This has led to an increasing number of smaller suppliers contracting directly with utilities clients.

It has, however, also seen a number of the larger household names adapt to this new landscape. In short, some organisations, large or small, are better suited to programmes of “little-and-often” work than to individual capital projects. One or two successfully straddle both. From a client’s perspective, whatever model is adopted, it needs to provide sufficient levels of direction and support to its suppliers. Typically, larger suppliers are able to provide much of this support. Where smaller suppliers are engaged, with leaner structures and less support overhead, the client has to provide this in one way or another.

The new model being adopted by Cadent offers an interesting approach to this: four regional Construction Management Organisations will work with the client to provide much of this direction and support for the works then to be delivered by a series of smaller Local Delivery Partners in each region. It will be interesting to see how this model, engaging directly with suppliers both large and small, performs over the upcoming RIIO2 regulatory period.

In many respects the die is already cast in respect of the supply chain for a number of years. The new regulatory periods for water, gas and electricity across the UK span between April 2020 and March 2028. Several clients have already re-tendered or extended arrangements to cover these periods and whilst these include what may have historically been referred to as Tier 2 and Tier 3 smaller suppliers (the larger end of this spectrum more recently being referred to as Tier 1.5), most of the recent larger Tier 1 suppliers still figure materially. What happens beyond that will undoubtedly be shaped by the experiences of the next 5-8 years.

It has been estimated by Energy & Utility Skills that around 277,000 vacancies will need to be filled by 2027. The 2015 Employer Skills Survey revealed that 36 per cent of unfilled vacancies were due to lack of skilled applicants – compared with an industry average of 23 per cent.

So, whatever the dynamics of the industry and its all-important supply chain, even greater collaboration between all relevant stakeholder groups is needed. If the utilities industry is to meet its obligations and thrive in the future, it can ill-afford to lose too many organisations of the stature, skills and expertise of Balfour Beatty.

Trevor Hoyle has spent over 30 years working with the utilities sector, latterly as managing director of utilities at M Group Services. He is now a business consultant helping organisations to transform and grow