Storing around 10% of the capital’s water, the Queen Elizabeth II (QEII) Reservoir being under maintenance for the best part of 2021 necessitated an urgent shake-up of London’s water. Here, project leaders from Thames Water discuss the process of taking the reservoir out of action and £25 million worth of upgrades.

Found in the Surrey market town of Walton-on-Thames – roughly 15 miles from central London – plans for the QEII Reservoir were first drawn up in 1935 before construction began a year later. While work was suspended during the Second World War, it restarted in 1957 before the reservoir was formally opened by its namesake in March 1962.

Now, just shy of the site’s diamond jubilee, £25 million worth of improvements to ensure a further century of service are drawing to a close.

As per the Reservoirs Act 1975, the assets must be inspected at least every 10 years, with Thames Water – which serves 15 million customers across London and the Thames Valley – using the latest mandated checks as an opportunity to examine, clean and maintain the transfer tunnels that feed water to and from the QEII. 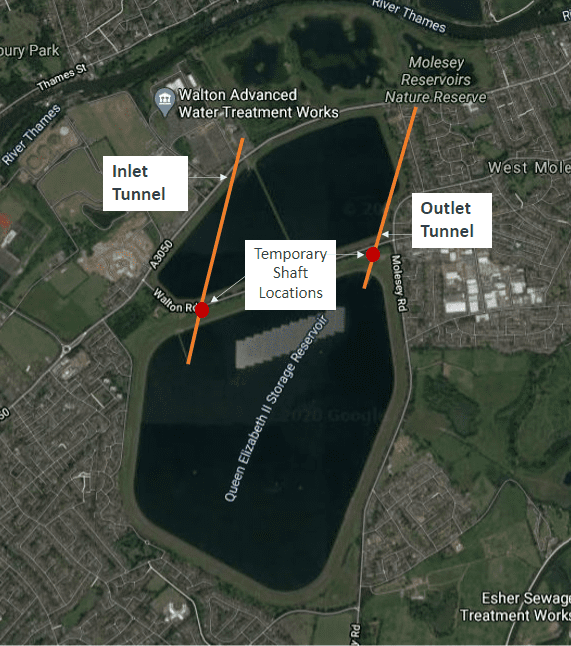 Subsequently, a project to upgrade the 20,000 million litre reservoir – the equivalent of around 8,000 Olympic swimming pools – began in April 2021 and has seen the installation of reinforced concrete linings in both its 1,035m long inlet and 795m long outlet tunnels.

When complete, the scheme will help prevent future leaks, avoid potential supply restrictions and ensure a design life of up to 100 years.

The QEII Reservoir in numbers 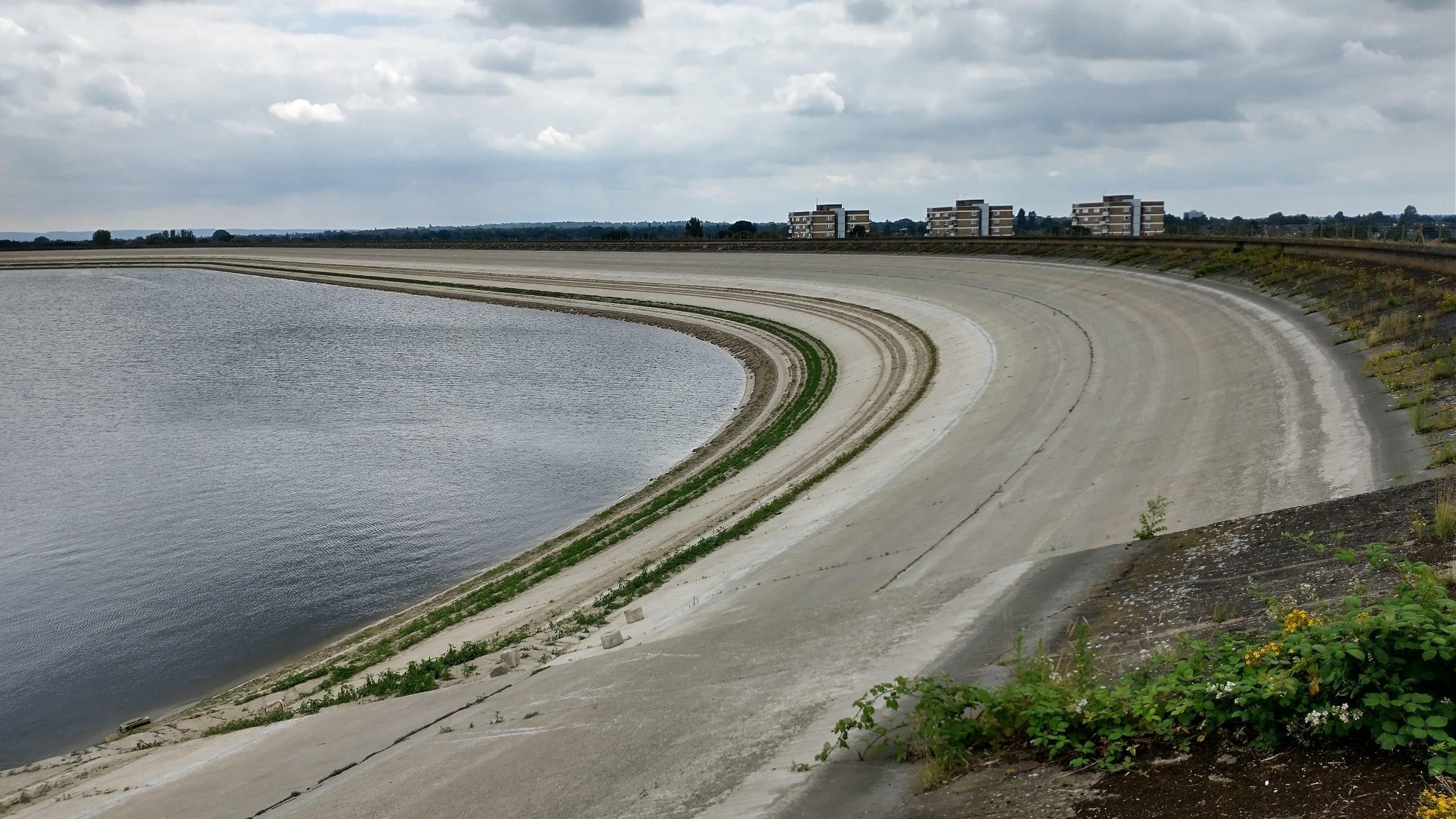 The project saw the 316 acre QEII drained to six metres in depth from a prior average of approximately 15, with water pumped to treatment works and then customers across the capital.

This allowed QEII to simultaneously support local wildlife, such as fish and nesting birds, and allow floating solar panels to continue powering treatment works during the project while also enabling improvements to take place safely.

According to project manager Rachel Whiteman, the unbolted wedge block inlet and outlet tunnels – “made of segments all put together and actually held by the ground around it,” she tells Utility Week Innovate – were deemed to be in need of reinforcement. 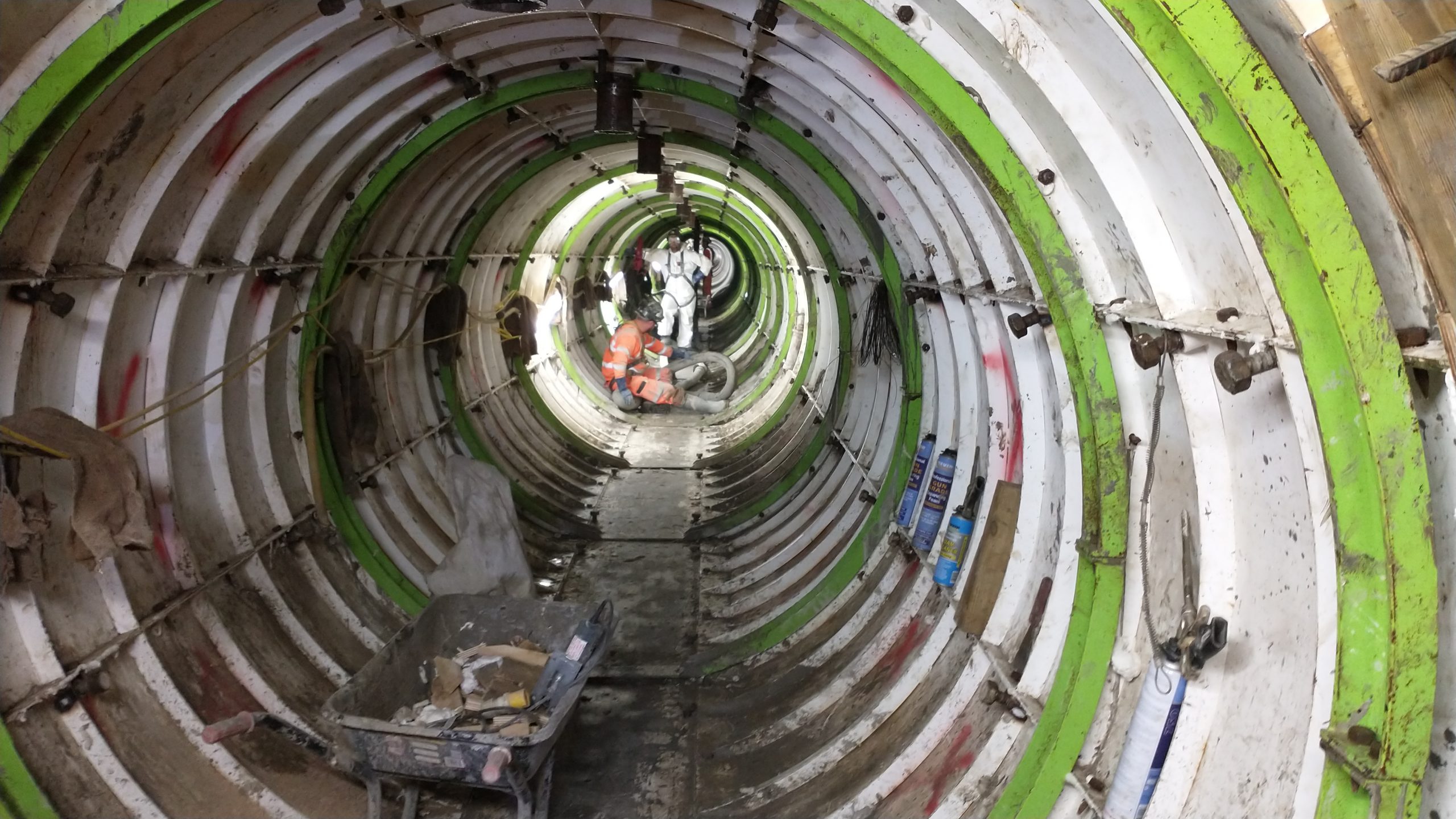 “Then to gain access to the to the middle of the tunnels we needed to construct temporary shafts,” she explains. “We then relined them by installing a reinforced concrete liner 150 millimeters thick.”

Whiteman adds that after a thorough clean, workers then install steel reinforcement around the inside of the tunnel before pumping concrete from the surface.

“The furthest we pumped was just over 500 meters – about the limit without any intermediate pumping system,” she adds. “It’s a process that progresses along the tunnel – install the steel, install a shutter for the concrete, then move it along.”

Now, almost a year since work began, engineers have successfully relined the two 2.5m diameter tunnels both flowing into the reservoir from the River Thames and carrying water to the nearby Walton and Hampton treatment works, from where it is pumped to homes across London. 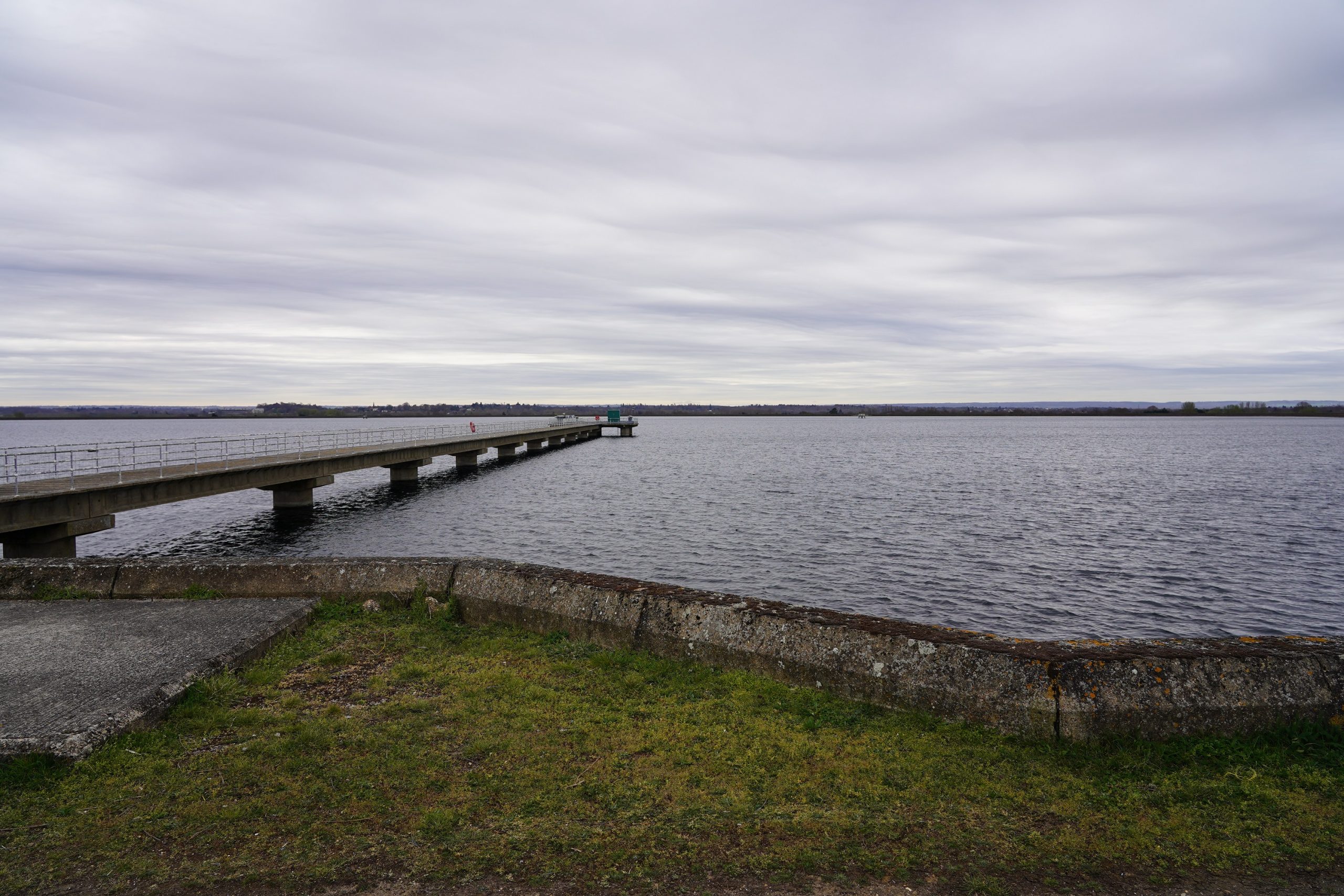 While Whiteman explains that the project has largely relied on “tried and tested” techniques and technology for hands on work, Thames Water programme director Robert Keen states that the scheme saw Thames “fundamentally change, rationalise and improve” its outage management process to meet the challenge of taking West London’s fourth largest reservoir – and roughly 10% of the capital’s raw water supply – offline.

“We’re in the process of systemising that process to provide a lot more visualization of all outages across the company – because something like QEII two is a core outage,” he tells Utility Week Innovate. “But actually life goes on around the business and we still have to take other assets out, other reservoirs, other pipes, other tunnels, to inspect them – we can’t stop for a year.

“So seeing that, understanding that, and having much better visualization has been a key part of one of the process improvements we’ve implemented.”

According to Whiteman, the crux of the project was coming up with an alternate London supply strategy through which Thames could guard against the loss of storage from taking the QEII out of action.

“We had to configure the whole of London differently,” she explains. “That involved conditioning new treatment works and agreeing different volumes of water that we were going to pump over different parts of the network.

“That was a big part of getting the whole project up and running is to work out how you’re going to reconfigure London and make sure you were not going to impact customer suppliers in any way.” 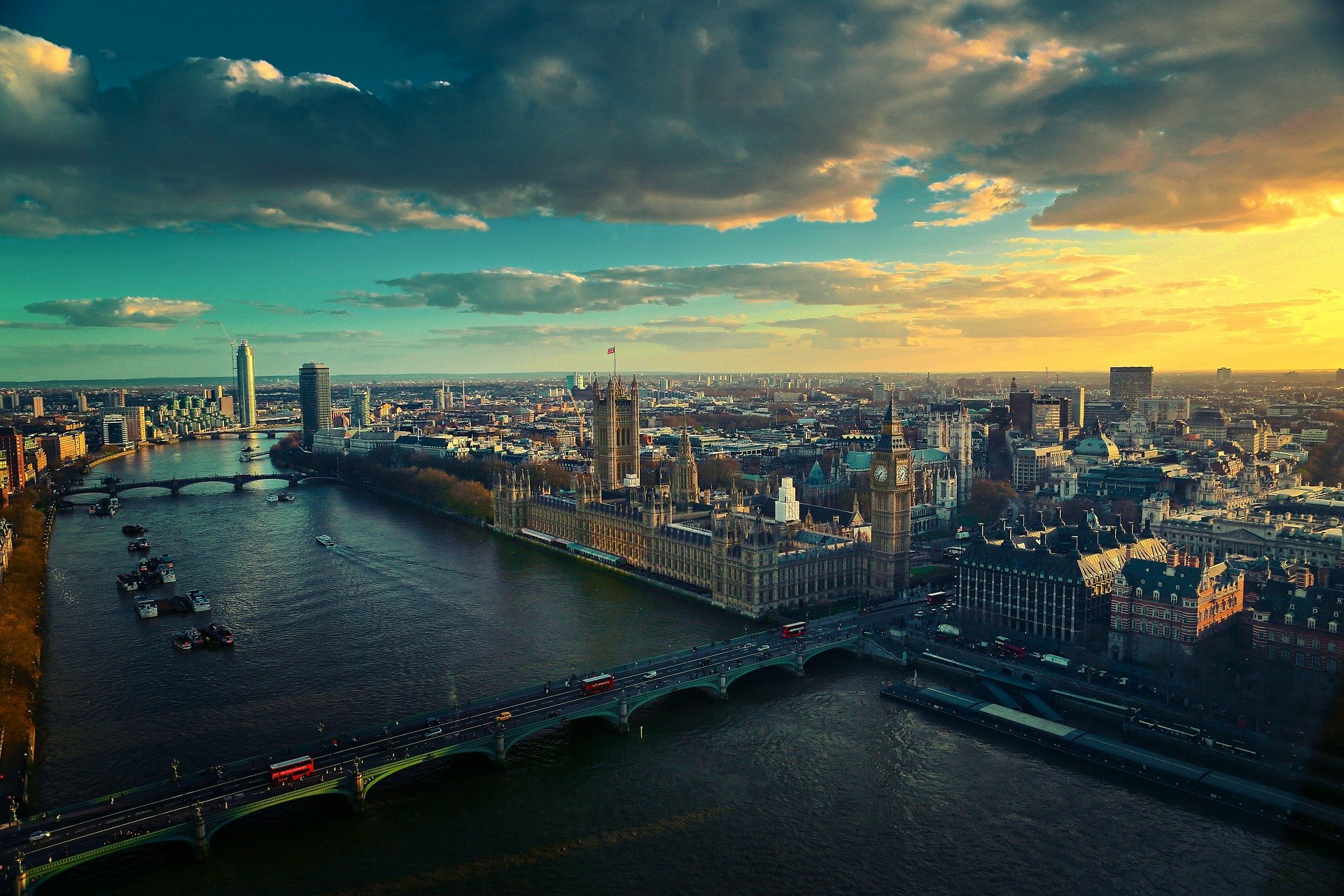 With this in mind, Keen jokes that the tunneling and strength work were the “easy bit”.

“Twelve months of planning was the challenge,” he says. “We set up a programme where we had an overall operating strategy work stream through which we needed to decide how we were going to operate London differently.

“We had to change the way we moved raw water out of rivers, out of boreholes, and how we were going to cope without storage from QEII. Then how are we going to move that water around and operate treatment works differently?”

To compensate, Keen explains that Thames brought previously decommissioned assets back into service – between £3 million and £4 million pounds worth of extra work.

“As an example, we put in additional pumps at our Littleton Pumping Station to allow us to take water that otherwise would have been lost,” he explains. “We also did more additional maintenance on some of our transmission pumps to offer greater flexibility, reliability and move water in different directions around London.”

Keen adds that in total Thames brought five smaller treatment plants, which hadn’t been used for four or five years, back online.

After refilling began on 1 December, Keen forecasts that the reservoir will return to capacity this spring – in time to provide water throughout the summer.

At the time of writing, the reservoir sits 95% full.

“The benefit for us is it was quicker for us to drain the reservoir down because we didn’t empty it, everything we took out the reservoir we didn’t waste it all went to the treatment works, and obviously it’s allowed us to fill the reservoir back up again much quicker,” he says.

What’s more, a full reservoir offers Thames a potential platform to innovate as part of the firm’s commitment to being net zero by 2030. 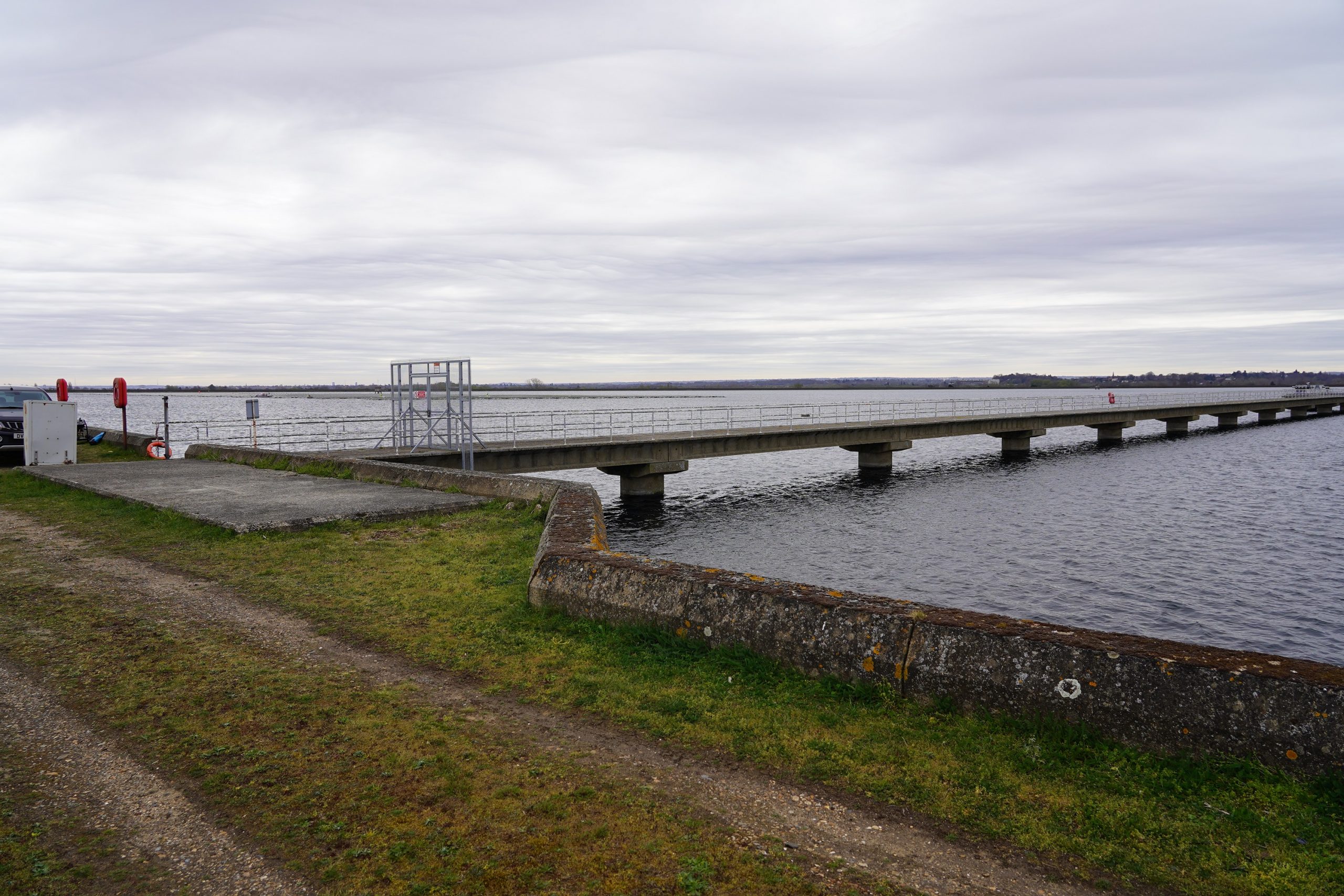 While Thames is broadly examining opportunities to make sites, such as its reservoirs, more publicly accessible so that they can be used as community assets and working towards supporting biodiversity, Keen explains that such innovation could extend to generation.

It’s therefore entirely possible that by the QEII’s next landmark jubilee – or the next mandated Reservoirs Act inspection – that it could be home to more than local birds, fish, and upgraded inlet tunnels.

“We are looking at further floating photovoltaics in our asset base, particularly reservoirs,” he says. “We’re also revisiting innovation around hydro. There are opportunities, not just in reservoirs, but where we move large bodies of water around which can help us self-generate and become greener.”

Delivering smart water networks and New approaches to asset management and maintenance are among the frontline challenges at the heart of Utility Week Live 2022’s live content programme.