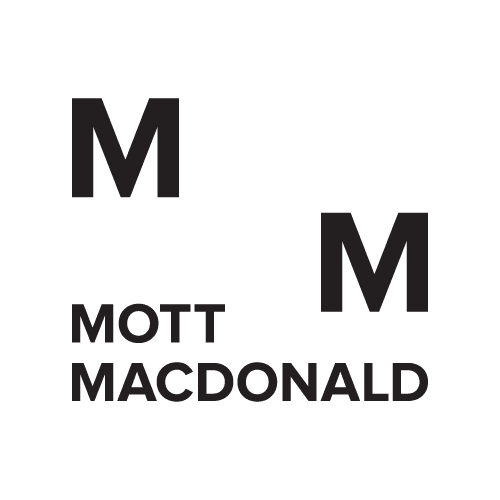 Given its perceived role in unlocking the true potential of the UK’s energy system as it transitions to net zero, the conversation around the Future System Operator no longer centres on if, but when and how. Participants in a roundtable convened by Utility Week and Mott MacDonald shared their views on how to move forward with strategic planning. Lucinda Dann reports.

With less than 340 months to go until the UK needs to have met its 2050 net-zero target, the general consensus in the energy industry is that, in an ideal world, the Future System Operator (FSO) would already be in place and operating to provide a unified but independent strategic vision for the industry.

But the regulator Ofgem, in conjunction with the Department for Business, Energy & Industrial Strategy (BEIS), is still only in the consultation phase for a “central system architect”, as many questions remain unanswered.

Although it plans for the new FSO to lead on a “centralised strategic network planning model”, how it will go about ensuring such a body has the necessary independence from physical assets, while also having the expertise to make both short- and long-term strategic decisions that will affect all levels of the energy market, is yet to be decided.

Similarly, the full scope of the FSO in terms of its roles and responsibilities has not been defined. Must strategy and system balancing be kept together? Should its decisions be based on a top-down or bottom-up view? And how will it influence local decision making?

These, and the most pertinent question of all – how to achieve a functional FSO as soon as possible – were posed at a roundtable discussion, in association with Mott MacDonald, with a group of smart grid and system operation leads from across the energy system.

Here we highlight some of the key talking points.

Lift and shift, or start from scratch?

In its initial views on the roles and responsibilities of the FSO which were published ahead of the consultation back in June, Ofgem proposed transferring all the roles currently undertaken by National Grid Electricity System Operator (ESO) due to synergies between balancing the system and analysing its future needs.

However, for gas it plans to leave the real-time operation of the network with the asset owners to ensure safety is maintained.

While all around the table agreed that the key priority for the FSO is to bring true independence to strategic system planning, opinions diverged as to whether a straight “lift and shift” of the ESO would result in a body that was truly impartial and representational of all market players.

“If you want to move quickly it’s probably easier to set up a new whole systems strategic planning activity without bits in it that aren’t really necessary and that will make it unbalanced. It won’t immediately have that balance of knowledge and skills but that will grow, the key is starting from a balanced position.”

However, others disagreed saying that while starting from scratch may be preferable “timescales would just go out and out”, and the more pragmatic approach would be to “lift and shift” from the ESO and refine roles and responsibilities later.

Many participants voiced concerns that splitting strategic planning and system balancing off into separate organisations would also potentially muddy the waters around who ultimately has responsibility for security of supply.

Although Ofgem specifically mentioned the FSO as a vehicle for ensuring hydrogen can reach its maximum potential, one energy expert felt that both hydrogen and heat networks should be allowed to play out further before any responsibilities are given to a FSO.

The FSO will need to consider its interrelationship with other sectors not least transport via the EV charging infrastructures.

What influence can the FSO have on local planning?

Although the FSO will be responsible for strategic system thinking, this is likely to be largely at transmission level, with some model of distribution system operator (DSO) sitting underneath to manage and plan local networks separately from asset ownership.

The attendee added that supporting local authorities and other bodies to create investable plans “cannot wait.”

“It would be great to have the trust in the FSO to be able have a discussion about a region without it being an invested discussion.”

There was consensus around the table that the FSO could play a role in either providing advice directly to local authorities, or in setting the approach to local planning.

However, one attendee was cautious in their thoughts as to how much the FSO will be able to do at a local level.

“When you look at the scale, it seems unlikely that the FSO is going to get involved in local engagement in the next 10 years – let’s not get carried away.”

Meanwhile, it would make sense for the FSO to set a consistent approach for DSOs and other parties to engage with local authorities to support them to create their plans.

“I feel we are in a very bad place with local plans, and they are really important.

“The FSO isn’t going to be an organisation that can plan right to the kettle, so as well as DSOs we need a consistent comprehensive approach to the institutions that are going to do local planning.

“The FSO could set that approach; it has a light but important role to play.”

Making sure consumers are not forgotten

One area that was conspicuously absent from Ofgem’s proposals was any detail on how to ensure the FSO delivers what customers need, despite being ultimately for the benefit of consumers.

“Maybe we should be taking the system and turning it upside down,” said one market expert.

Thinking of customers first would impose good discipline on decisions makers, ensuring all of customers’ needs around EV charging, heating, industry and commerce are considered right at the start of any strategic thinking.

“There is a lot there that is impactful on, and will be impacted by, the rest of the energy system.

The traditional top-down approach of thinking about the energy system has already undermined some of National Grid’s projections through the Future Energy Scenarios (FES).

While immensely helpful, the last FES got its forecasts around demand side management “potentially dramatically wrong”, which will have enormous cost saving implications for the system and customers.

Baking a customer-centric approach into the FSO from the start will be crucial, not least of all to ensure that vulnerable communities are not left behind during the transition.

“If you start at the top end with the customer, but also with the community at the heart of your thinking, how far does that take you in a different direction?”

What will it take to push the development of the FSO forward?

Although the conversation around the FSO has moved on in the last few years, all agree that urgent action is needed in order to push the development of the FSO forward.

The recent Covid-19 vaccine rollout is a great example of where a “coalition of willing parties” acted together to bring about change in two years rather than ten, giving many around the table hope that an FSO could be in place by the end of the decade when big investment decisions need to be being made.

Achieving such pace would be a question of funding, pragmatism around reducing “background noise” and getting the strategic vision in place as quickly as possible.

One attendee put forward the suggestion that National Grid ESO could be proactive and try and get on with putting in place some of the necessary elements rather than wait for funding from Ofgem, or alternatively it could work out how much it would cost to achieve by a given date and put that to Ofgem.

Others agreed: “We – and that’s the whole industry not just Ofgem or BEIS – have to be prepared to carry more risk and think about it in a non-sequential way.

One attendee drew comparisons back to the covid vaccine rollout, and how its success was based on the acceptance of risk.

“Vaccine companies made the vaccines before they knew they were going to be successful – they accepted that as a potential loss.

However, the same energy expert also cautioned industry taking to much of a lead in the creation of the FSO.

“With industry driven initiatives there is always a danger for patchwork responses to emerge.”

Craig Lucas, director of energy transformation, who took part in the discussion, said: “It’s clear that setting up a truly independent FSO is a very important step in getting our industry aligned around the real urgency of our net zero targets. The breadth of the debate we have had really shines a light on the challenges the new organisation will face.

“The sense of urgency is clear, and the need for pragmatism came across clearly too. Nevertheless, I came away from this conversation with two important issues which must be front of mind:

“Firstly, keeping the consumer, and their needs as the energy system changes, at the centre of the discussion. Secondly, the challenge of facilitating action in a way which facilitates regions, cities and localities who want to be ambitious and move rapidly, whilst protecting/supporting those who are less engaged.”

Meanwhile, Simon Harrison, Mott MacDonald’s group head of strategy, said: “It was great to be part of such an energised group. It’s clear that we can’t wait for due process before getting on with this.   Net zero is too important to delay, and big decisions need to be taken soon. We need the shadow organisation to be making a contribution quickly, even whilst the details of its future remain under development”.