As part of our Countdown to COP focus on decarbonisation of heat, ENA’s Matt Hindle gives his view on the role hydrogen will have to play. He also reviews some key projects aimed at bringing hydrogen into the home. 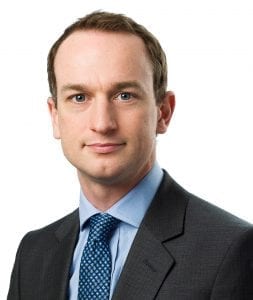 The excitement and noise around hydrogen and the opportunities it creates are now unmistakable – but the question for policymakers, regulators and industry is how that potential can be delivered in practice.

One thing is clear: it is the world-leading expertise of Britain’s gas networks that is key to maximising the role of hydrogen and cracking the conundrum of how we reduce our household carbon emissions by 95 per cent over the next 30 years.

To bring hydrogen to our homes, two things must be absolutely paramount in our thinking: ensuring that it is delivered and used safely for our heating, hot water and cooking; and ensuring that we can guarantee the security of our energy supplies as part of that.

These projects range from testing blending up to 20 per cent of hydrogen into the existing gas grid to how we will transport 100 per cent renewable hydrogen from offshore wind turbines all the way to people’s living rooms.

Safety, of course, has to come first.

Working with the Health & Safety Executive, engineering consultancies and appliance manufacturers, innovation projects are using different pieces of both existing and new gas network infrastructure to test the use of hydrogen. They do this first in a controlled off-grid environment before moving on to limited trials in a public setting.

Projects like H21 and HyDeploy have already shown that hydrogen is fundamentally safe for households to use for heating, hot water and cooking – both in terms of using it for those things and the delivery of it to people’s homes by the gas grid.

From next year, the exciting new H100 project will use renewable hydrogen, produced from a nearby offshore wind turbine, to heat homes in a real world trial.

And of course, hydrogen will also eliminate the risk of accidental carbon monoxide poisoning that comes from burning the carbon-based natural gas that 85 per cent of Britain’s homes use today, which can come from gas boilers, cookers and heaters that have been incorrectly fitted, badly repaired or poorly maintained.

Alongside safety, ensuring that Britain’s households can continue to access the energy they need in a secure and reliable way is a top priority for our work.

Britain’s gas networks have a top-notch reliability rate of 99.9 per cent and are responsible for delivering a lot of energy to the country’s homes and businesses, often at the time when they need it the most.

In February’s Storm Darcy, for example, gas network companies delivered a big 33 per cent increase in energy supplies, as people fired up their home heating to deal with the cold temperatures. That’s why as we transition away from natural gas to delivering a mixture of hydrogen and biomethane instead, it’s vital that we maintain the role our gas grid plays in providing energy when we need it most.

As part of that and working with other gas networks, the HSE and Durham and Edinburgh Universities, National Grid’s FutureGrid project is using real-life infrastructure to build a model that represents all the different parts of Britain’s gas grid, to test the gas network from the point that hydrogen is first introduced all the way through to the point that it is used in a home.

The importance of security of supply extends far beyond our living rooms on the coldest of days, of course. Secure energy supplies are also the lifeblood of our economy.

Hydrogen in our homes will come about first of all from being used to decarbonise industry, through schemes like National Grid’s Project Union ‘hydrogen backbone’, which will join up Britain’s industrial clusters. That’s why gas networks have come together with a range of other partners through the HyNet project to demonstrate how hydrogen in industrial clusters can be used to reduce carbon emissions from Britain’s heavy industry, using carbon capture, storage and utilization technology.

All of this work is at the vanguard of the global hydrogen race that is now underway, helping to ensure that Britain is at the forefront of developing cutting-edge engineering expertise that is needed to tackle the decarbonisation challenges before us. 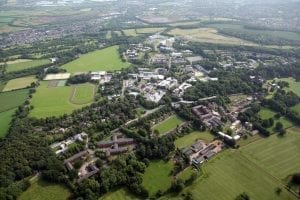 HyDeploy is the first project in the UK to blend hydrogen into a natural gas network and is being delivered by a consortium including Cadent, Northern Gas Networks, Progressive Energy, HSE Bespoke Research and Consultancy and Keele University.

The trial began in October 2019 and has taken place on a private gas network at Keele University campus, safely supplying a blend of natural gas and up to 20 per cent hydrogen to 100 homes and 30 university buildings. During the trial customers at Keele have used hydrogen blended gas safely in their homes and without the need to make any changes to their existing appliances.

The trial at Keele has now successfully reached completion and customers at Keele will revert to a natural gas supply. The project’s findings will be shared in a full report, to be published later this year.

The next phase of HyDeploy is scheduled to take place on a public gas network near Gateshead later this spring.

FutureGrid is a first-of-its-kind offline hydrogen research facility being developed by National Grid to understand how transmission assets could transport hydrogen to heat homes and deliver green energy to industry.

The facility in Spadeadam, Cumbria, will be built from a range of decommissioned assets, to create a representative transmission network. Blends of hydrogen up to 100 per cent will then be tested at transmission pressures, to assess how the assets perform.

The hydrogen research facility will remain separate from the main National Transmission System, allowing a controlled environment, with no risk to the safety and reliability of the existing gas transmission network.

Ofgem’s Network Innovation Competition will provide the majority of the funding, with the remaining share coming from project partners – alongside National Grid are DNV, Northern Gas Networks, Fluxys, the HSE Science Division, Durham University and the University of Edinburgh. 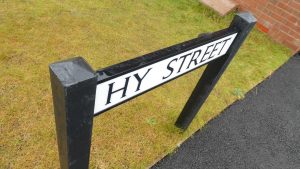 Based at DNV’s test and research facility at Spadeadam in Northern Cumbria, the HyStreet comprises demonstration houses which were built as part of the H21 project, led by Northern Gas Networks (NGN).

The three demonstration houses have been used to test the impact of leaks downstream of network assets and also feature hydrogen boilers, which look and feel just like the natural gas boilers used today. The boilers, produced by leading manufacturers Baxi and Worcester Bosch, are currently remotely monitored with results about their performance providing vital data to support their further development.

The houses will be linked to a first of its kind gas distribution test grid (MicroGrid) which is being built at the site to understand any changes to operational procedures needed for the gas network to transport up to 100 per cent hydrogen in the future. The MicroGrid comprises approximately one kilometre of polyethylene and will be used to carry out rigorous testing procedures under 100 per cent hydrogen conditions and make recommendations for any operational and maintenance procedures which will need to be adopted for a hydrogen gas network.

Next year the MicroGrid will also link to FutureGrid, a gas transmission network being built by National Grid with partners including NGN. At this point the network will represent a unique ‘beach to meter’ hydrogen demonstration facility.

SGN is developing a world-first hydrogen network in Levenmouth that will bring 100 per cent renewable hydrogen into homes in 2022, providing zero-carbon fuel for heating and cooking. In the project’s first phase, the network will heat around 300 local homes using clean gas produced by a dedicated electrolysis plant, powered by a nearby offshore wind turbine.

The project is the first of its kind to employ a direct supply of clean power to produce hydrogen for domestic heating – putting Levenmouth at the forefront of the clean energy revolution.

The system will be designed and built to ensure the same high safety and reliability standards expected from the current gas system. An on-site storage unit will hold enough hydrogen to ensure supply won’t be disrupted during even the coldest weather conditions.

H100 Fife will also play an important insight-gathering role into customer appetite and interest toward hydrogen and low-carbon heating solutions. Eligible households can participate on an opt-in basis, meaning they will have the choice to switch to hydrogen, or remain with their existing natural gas supply.

Low carbon hybrid heating systems will be trialled in seven UK homes for the first time in Wales, London and the South and East of England, by Wales & West Utilities and UK Power Networks.

The ‘HyCompact’ project will fit an easy to install single-unit hybrid system in customers’ homes to supply their heating through both electricity and natural gas.

The project will demonstrate how low carbon heating systems that combine gas and electricity can be easily ‘retrofitted’ and reduce carbon emissions from millions of homes and businesses with traditional gas boilers.

The new hybrid units contain a gas boiler and an electric air source heat pump alongside smart control software. The system, fitted directly into customers’ homes and hung on the wall in place of the existing conventional gas boiler, can flexibly switch between using renewable electricity, when it’s available, and green gas at other times – enabling the full decarbonisation of heat with switching driven by cost and carbon.