Affinity Water has announced that Tony Cocker, former Eon chief executive, will step down as chair of its board from January 2021. 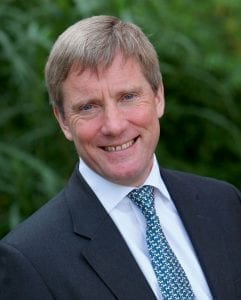 Cocker, who has held the position since January 2018, said the decision was for personal reasons and he will remain until his successor is found.

“I have very much enjoyed working with the board, executives, colleagues, and shareholders”, he said. “It has been an intense and transformational time.”

Cocker joined Affinity after it was acquired by Daiwater Investments, with Pauline Walsh joining as chief executive later in 2018.

“With the support of our shareholders we have strengthened the board, appointed a new executive team, clarified the company’s purpose, improved customer service and operational performance, and developed an ambitious but realistic long-term framework within which we can deliver better outcomes for our customers and the environment,” Cocker said.

Walsh added: “I would like to thank Tony for his commitment and support during what has been an intense and challenging period for the business. His experience and constructive approach have been essential to the progress we have made so far.”

Cocker, who is a director at SSE, had sat on the board at the EIC (formerly Energy Innovation Centre) until last month when David Gray was appointed.