All the main parties have now published their general election manifestos. Utility Week asked Water UK, Energy UK and the ENA for their first impressions. 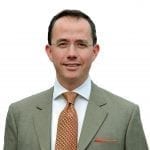 Looking at the manifestos of the three main UK-wide parties, there are many themes which would affect the water and sewerage industry in common with other businesses – such as measures on skills, tax, science, the economy, R&D and innovation – but I want to look at issues with more specific reference to water.

As readers of Utility Week will know, the water sector in England has the aim of working together towards achieving net zero carbon emissions by 2030 as part of the Public Interest Commitment we announced earlier this year. All of the main parties include a net zero ambition, although with timetables a few years behind ours. It’s also heartening to see common support for major tree-planting programmes, which mirror our project to plant 11 million trees by 2030.

There some particular points within each manifesto worth picking up.

Their manifesto has some welcome references about action to improve water quality and water efficiency standards, but it would have been good to see this translate into other aspects of climate policy. For instance, there are opportunities to cut energy bills and emissions through the adoption of water efficiency standards and labelling, supported by revision to building regulations. This is one of the reasons why Water UK has been pressing for water efficiency to be included in any new environmental legislation in the next Parliament.

The Liberal Democrats come out strongly against nationalisation, describing it as “enormously disruptive and ruinously costly”. We support this position, as the industry’s proposed business plans over the next five years and the pledges to deliver real change on environmental, social and economic issues in our Public Interest Commitment would all be put at risk by the upheaval nationalisation would cause.

The overriding policy affecting the English water sector in the Labour Party manifesto is the plan to take the water and sewerage industry into government ownership.

The inclusion of the manifesto pledge to nationalise the water sector, alongside other utilities, is one of the few mentions of water in a manifesto which leads on an ambition for a “Green Industrial Revolution”. This is surprising, as water is intrinsically linked to carbon and environmental goals. For example, solar hot water is not the only role water policy has in helping ensure a greener future which tackles the climate crisis – but there’s no mention of water efficiency at all.

At a time when the industry is planning record investment, the biggest leakage reduction programme for twenty years, and a major push to become carbon neutral by 2030, these unnecessary nationalisation plans would cause massive disruption and risk setting back a crucial public service for years to come. It doesn’t make any sense to go back to the days when cash-strapped governments couldn’t afford to fund the improvements needed in water and sewerage industry because they spent the money on other priorities instead. This idea is bad for the environment, bad for customers, and bad for the economy.

It’s good to see that the Environment Bill is still being prioritised – particularly the action on plastics, which the water sector is heavily involved in through our Public Interest Commitment pledge to prevent the equivalent of 4 billion plastic bottles ending up as waste by 2030.

Like the other parties, the Conservatives pledge to increase housebuilding, including social housing. But as with Labour’s manifesto, there is no obvious connection to water efficiency in these new homes. It would have been good to see a commitment to have water efficiency measures built in to new housing, because an increasing population – particularly in the South East of England – means putting ever greater strain on our water resources.

One important way to help ensure there are continued good supplies of water for all is to make sure we’re all using it efficiently and minimising waste. We want water efficiency to be mentioned in the same breath as energy efficiency – whoever is in power after 12 December.

Nationalisation is a distraction from net zero 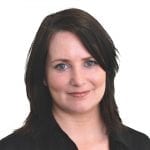 I’m pleased to see all parties committing to the net zero target. It is the right thing to do and it makes political sense.

As an industry we are committed to meeting the net zero target in partnership with the government. Our industry has been world-leading at reducing emissions and driving decarbonisation – with over half of our electricity now generated from low carbon sources.

And how have we achieved all that? With private investment – totalling £13.1 billion last year – and by incentivising innovation and driving prices down through competitive auctions, which have made renewable generation ever cheaper while delivering green jobs, boosting economic growth and lowering costs for consumers.

That is why it was a concern to see Labour’s plans for nationalising much of the sector, including the largest retail suppliers. Our sector has led the way in reducing emissions, so it’s not true that the current structure hasn’t been delivering. The retail market has never been as competitive, with over half a million customers switching on average every month and over 60 suppliers offering increasingly innovative services. It’s hard to see how putting the largest suppliers under state control will help competition, where the growing share of smaller and mid-tier companies has resulted in a fast-changing market.

Even putting those arguments aside, it’s hard to see how a massive reorganisation won’t take several years – wasting precious time. Net zero should be top priority for the next government, who should immediately introduce policies that support the target. We all need to work together. A consistent and concerted effort by government is an absolute necessity. That’s why in our manifesto we have called for a net zero test to all new government policies. So the main question is, would nationalisation accelerate or critically delay our decarbonisation efforts? I fear it’s the latter. And when climate change is the biggest global challenge we face today – and a crisis we need to respond to urgently – that is not the place we want to be.

State ownership is a reckless pursuit 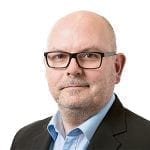 Private investment and a relentless focus on innovation has already helped make Britain a superpower of renewable energy. We welcome the focus that all the main parties have made to deliver the UK’s net zero targets.

We need credible, practical and realistic policies to deliver more low-carbon heat, create an Internet of Energy for our homes and businesses, and support a revolution of green transport.

Building on the foundations of our current system, rather than recklessly pursuing the distraction of introducing state ownership, is the best way of delivering those things.
The time to reach net zero is running out – let’s not waste it by needlessly scrapping a system that works.