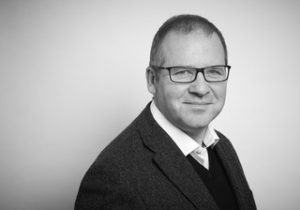 Late payments are a problem all too well-known amongst small businesses. However, the latest data shows the utility sector is actually leading the way with its payment practices. The utilities sector is vital for the day to day running of our nation – in some cases, quite literally keeping the lights on for businesses and consumers alike.

Despite the supply chain pressures and inevitable cost increases some may be seeing, utility business leaders must not allow standards to slip. Instead they should seek further improvements to payment practices, which could boost the economic recovery.

Small businesses are the lifeblood of Britain’s economy; employing 61% of the private sector workforce – or 16.8 million individuals – and generating 52% of turnover. However, every year almost 50,000 small businesses go under because of cash flow problems. Payment practices can vary greatly within different industries; the complex nature of supply chains of sectors such as FMCG and Pharma has meant some industries have developed a reputation for poor payment practices.

Encouragingly, the latest data on payments published under the Duty to Report regulation shows utilities are amongst some of the best performing companies when it comes to paying their small suppliers promptly.

Water giants Severn Trent Water and United Utilities Water were two of the only four FTSE350 companies who have consistently paid at least 95% of their invoices on time and within 30 days or less.

Looking at the wider data for the utilities sector suggests that Severn Trent and United Utilities reflect positive action across the sector rather than being the exception. In fact, the data shows it takes utility companies an average of 29 days to settle with suppliers, paying 86% of invoices within contract terms – well below the FTSE350 average of 37 days.

Drax Power is currently the slowest FTSE 350 company in the sector, paying suppliers on average in 46 days with 25% of invoices not paid within agreed terms.

Mike Potts, head of regulatory procurement, supply chain and purchasing at United Utilities, said:  “Utility companies such as ours have made a conscious choice to set their payment terms at a level which means businesses are paid rapidly, often eliminating the need for intermediaries and instead supporting communities in the local areas in which they serve. With this focus on the North West, we are actively targeting investment into  local communities. In fact, Warrington based United Utilities Water plays an important role in the North West economy, injecting £10.5 billion into the regional economy and supporting 22,700 jobs.”

Simon Oates, director at Fingleton’s regulatory adviser group, said: “It is positive to see some utility businesses leading the way in this respect. Water companies serve customers in a fixed geography. It makes complete sense for them to invest in their communities and it’s great to see that this extends to supporting small businesses, given the challenges they will have faced over the past 18 months”.

Unfortunately, Good Business Pays research highlights that other sectors are not as good at paying their small suppliers and the pandemic has also led to a measurable worsening of payment practices.

In the two years prior, large businesses had been gradually improving their average payment times. During the pandemic, this trend reversed with the average time increasing from 36.4 days to 37.4 days. According to our research, prompt payment practices are proven to have a positive impact on the wider economy.  In fact, big businesses in the UK could boost the revenues of small suppliers by £1.7 billion a year if they pay their invoices just one day faster.

The technology to tackle the problem of late payments is already available. We’d like to see other businesses inspired by the utilities sector and start making changes to their payment practices by complying with the Prompt Payment Code, created to help protect small businesses. We’ll be announcing our next analysis in March, and I hope to see even more utilities amongst our accredited companies.