Utility Week Live 2022 returned to deliver its biggest content programme ever, with more than 2,200 people attending to watch a host of fascinating sessions and engage with innovative exhibitors.

If there was any doubt about the appetite for connection in the real world in a post-pandemic, hybrid-working world, Utility Week Live 2022 clearly dispelled them.

Throngs of visitors packed into Hall 12 of the NEC on 17 and 18 May to learn, connect and be inspired. It was standing room only across the five stages right up to the final sessions and fantastic interaction with the audience.

The following are some initial takeaways from chairing the keynote stage over the two days.

There are three key words that emerged from the discussions on the main stage – innovation, digtalisation and vulnerability. In each case these are subjects that must go to the heart of every aspect of business processes for utilities but the case was made several times that the terms themselves may be somewhat problematic.

Take vulnerability – during the current cost of living crisis the range of customers who will need support with their bills will widen dramatically. In many cases these will be people pulled into debt or forced to ask for help for the first time. They do not consider themselves vulnerable and so why should utilities?

Capita Experience chief executive Aimie Chapple made the case for the term ‘inclusion’ citing the example of Lloyds Banking Group, which recently changed the name of its vulnerability team to the Customer Inclusion Team.

Angela MacOscar, head of innovation at Northumbrian Water, agreed, pointing to 22 definitions of vulnerability that the company tracks. Meanwhile, Laura Sandys, a non-executive director of Energy Systems Catapult, cited her previous experience as MP for an area where the average wage was £16,500 a year, saying: “I think we have to stop using that term (vulnerability) because it means so many things. As a customer, I don’t know if I’m fuel poor or financially poor, I just know I’ve got problems and I need one place to go to. So that means utilities working with financial services, with the food sector – it needs a total overhaul because there’s lots of un-cordinated support and it’s not clear if it’s going to the right person.” 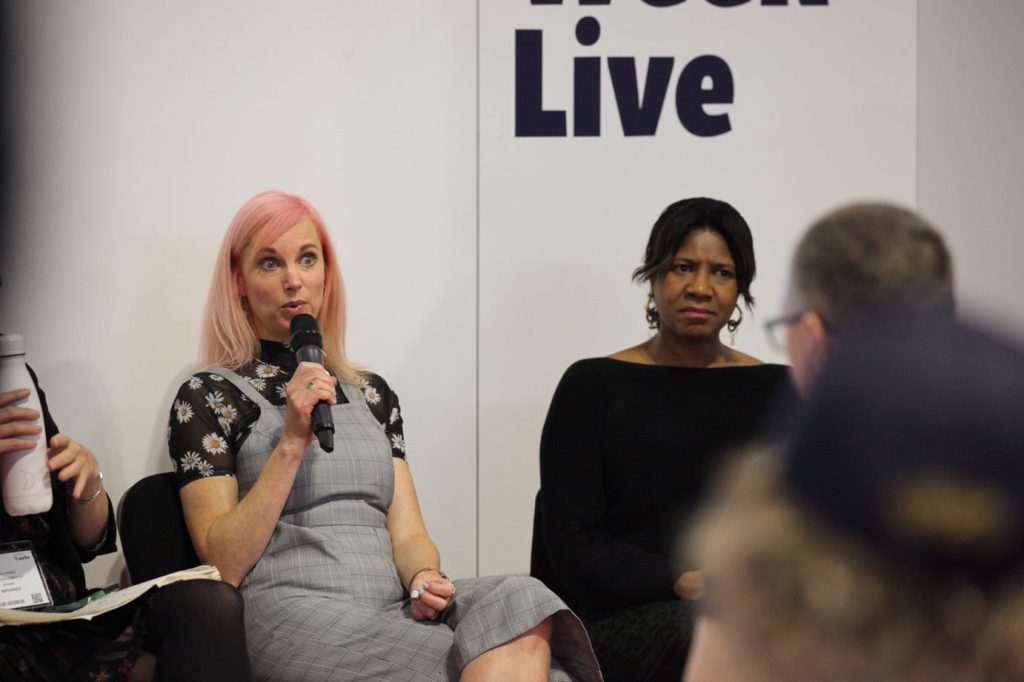 Innovation is crucial to developing new ways of supporting customers but again the term itself is perhaps unhelpful if it is not embedded within wider teams or aligned to core business functions and ultimately to the needs of the end user.

There is also a risk of innovation stalling after the pilot stage and failing to translate into business-as-usual. This was debated during a session on the role of regulation in innovation with Ofwat director of strategy and planning, John Russell and Jourdan Edwards, deputy director of onshore networks at Ofgem.

Edwards said: “Our role as regulators is to create access to that fast cash for companies to innovate around the problems that absolutely need solving. We have to enable them to fail fast and accept that mistakes will happen along the way. And these projects absolutely should become business-as-usual but at that point it ceases to become innovation, it should become unexceptional.”

Innovation and digitalisation often go hand in hand and during a session on leading the digital transformation, a panel including National Grid’s group chief information and digital officer, Andi Karaboutis, talked about the wider requirements for a truly digital and open-data culture, and the vision of creating an “intelligent, connected utility”.

She said: “At National Grid, we don’t wake up and think ‘today we’re going to be digital’. What we say is our mission is to be part of the energy transition. The important thing to think about is what are the people, capabilities and processes we need to be at the heart of that. The technology and the data are just a part of that.”

Google Cloud’s John Abel agreed, saying: “To focus on the end user, which is ultimately what we’re all trying to do, you have to challenge your beliefs, your bias and your culture.

“One of the things we believe at Google is that you have to empower people because if you’re going to make this change, everyone has to make it, not just clique sets. You need to remove friction – because that costs money, it causes lack of energy and makes it impossible to do things at speed. You have to empower people to make their own decisions. If you do that you can start making the digital transformation.”

Summing up the approach that utilities are taking in an uncertain and fast-moving world, UK Power Networks’ Suleman Alli said: “It’s about thinking about new ways of doing things today, which drive improvements with 12 months / 18 months. We have had most success where we haven’t called it innovation but we’ve crashed teams together. With some of these innovations, particularly within the digital space, you need to keep refining projects in an agile way. That’s a fundamental shift because typically utilities think of projects as having a set timeline, so the needs are static. Our needs are changing and so we need to challenge our ways of working.”