To coincide with the WWT Wastewater 2022 Conference, Utility Week Innovate rounds up some of the latest developments in wastewater treatment and infrastructure – from hydrogen production and carbon capture to blockage sensor and AI tech.

In a 12-month project from March 2021, Southern Water has embarked on a scheme to roll out up to 22,000 sensors in specific high-risk areas across Sussex, Kent, Hampshire and the Isle of Wight at no extra cost to its nearly five million customers.

More than 100 sewer level sensors were trialed in an initial six-month period in 2021 in the hope of minimising flooding and pollution events and spotting blockages before they formed or at early stage. It was deemed such a success that larger scale roll-out was given the green light in January 2022.

According to the head of Southern Water’s storm overflow task force, Nick Mills, these sensors monitor the levels of liquid in the sewer: “When they show the levels rising unexpectedly, this could indicate a blockage is forming,” he explains. “This will help us alert our teams to intercept and clear the issue before it becomes more serious.

“Sewer blockages are costly and time consuming for the business, especially when caused by items that are not suitable for flushing.  In 2018 it was estimated that sewer blockages from wet wipes alone cost UK water companies £100 million a year to deal with, forming blockages and causing floods which can also impact the environment.”

Cold anaerobic treatments to shake up water sector energy use

According to statistics from Thames, the water industry currently consumes between 2% and 3% of the electricity produced in the UK – the same as around two million households – with roughly 55% of the energy consumed by a typical sewage works used to process wastewater.

While anaerobic digestion is heralded as a low cost waste and wastewater treatment method, it’s usually conducted at temperatures between 20 to 45oC to support bacteria which thrive in moderate temperatures. Functioning in this range requires energy to heat, meaning that cold processes potentially offer both cost and environmentally friendly alternatives.

As such, the seven-strong consortium is in the process of testing a membrane-free cold process which maximises biogas generation and another which treats crude sewage at a larger scale by combining existing technology with alternative nutrient removal apparatus at laboratory-scale. 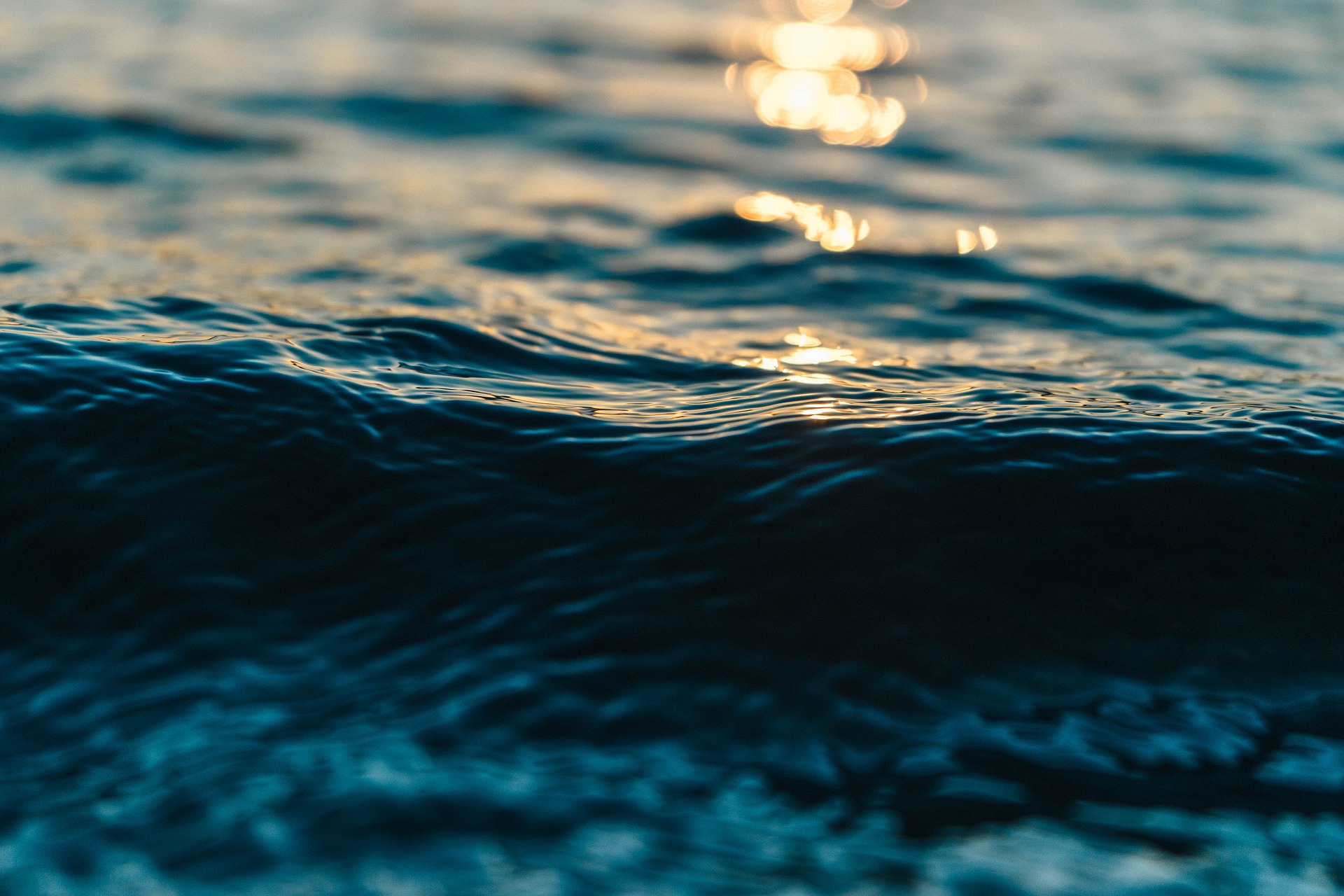 Anglian Water has invested £600,000 in trialing technology at its Southwold Water Recycling Centre (WRC) which has helped lead to improved bathing water quality on the coast.

In 2019, Anglian Water began trialing PerFormic Acid (PFA) – a biodegradable form of disinfection, most commonly used in medical fields and food industry – as a disinfectant at Southwold WRC to provide an additional layer of cleaning to the treated wastewater at the site, before it is returned to the sea.

Traditionally, water companies have used ultraviolet light (UV) to carry out this function for bathing waters, but PFA offers a much lower carbon alternative, according to Anglian.

Since the installation of the technology, both Southwold beaches have improved upon their 2020 bathing water classification, with the Southwold Pier beach regaining its “excellent” status – making it eligible for a Blue Flag international water quality award.

Anglian is now working towards installing a disinfection solution permanently at the site. 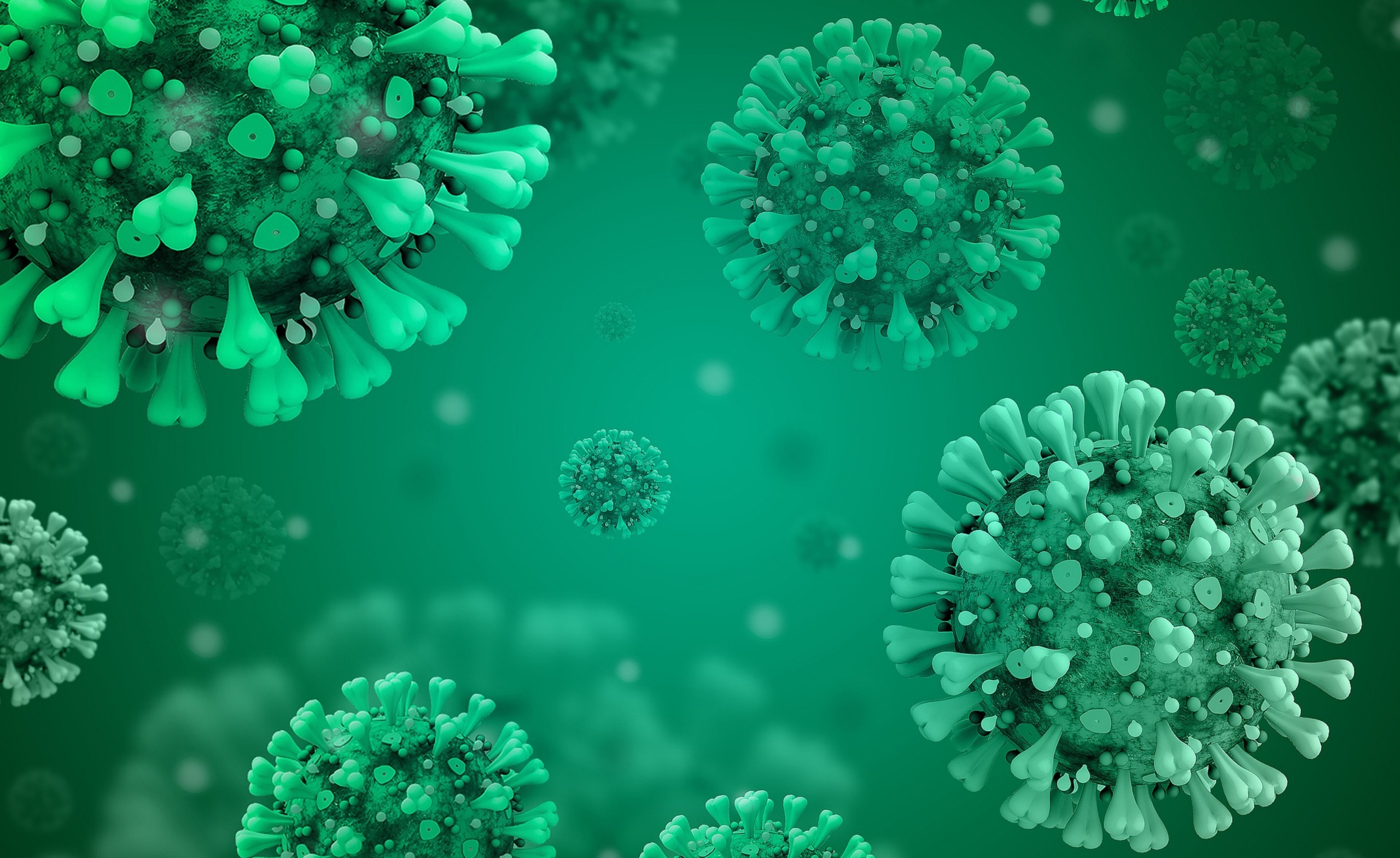 In the latter stages of 2021, waste management and energy firm Veolia announced that its Vigie Covid-19 project to detect and quantify the presence of SARS-CoV-2 in wastewater had been upgraded to track signs of the Omicron variant.

Launched in September 2020, and acting as an early warning system of monitoring the pandemic’s progression, Vigie Covid-19 had previously tracked the Alpha, Beta and Gamma variants before cracking Delta in summer 2021.

Used to complement clinical data, testing the presence of Sars-Cov-2 in wastewater has the potential to become an important indicator and help manage the pandemic, according to Veolia.

Harnessing polymerase chain reaction (PCR) screening techniques like those used in coronavirus lab testing, the project identifies the presence of known mutations originating from existing variants and evaluates their concentration. Sequencing then identifies mutations, as well as each variant’s proportions.

Though the virus in wastewater is very unlikely to be active nor alive, any traces found offer sufficient warning of its potential presence at a larger scale. 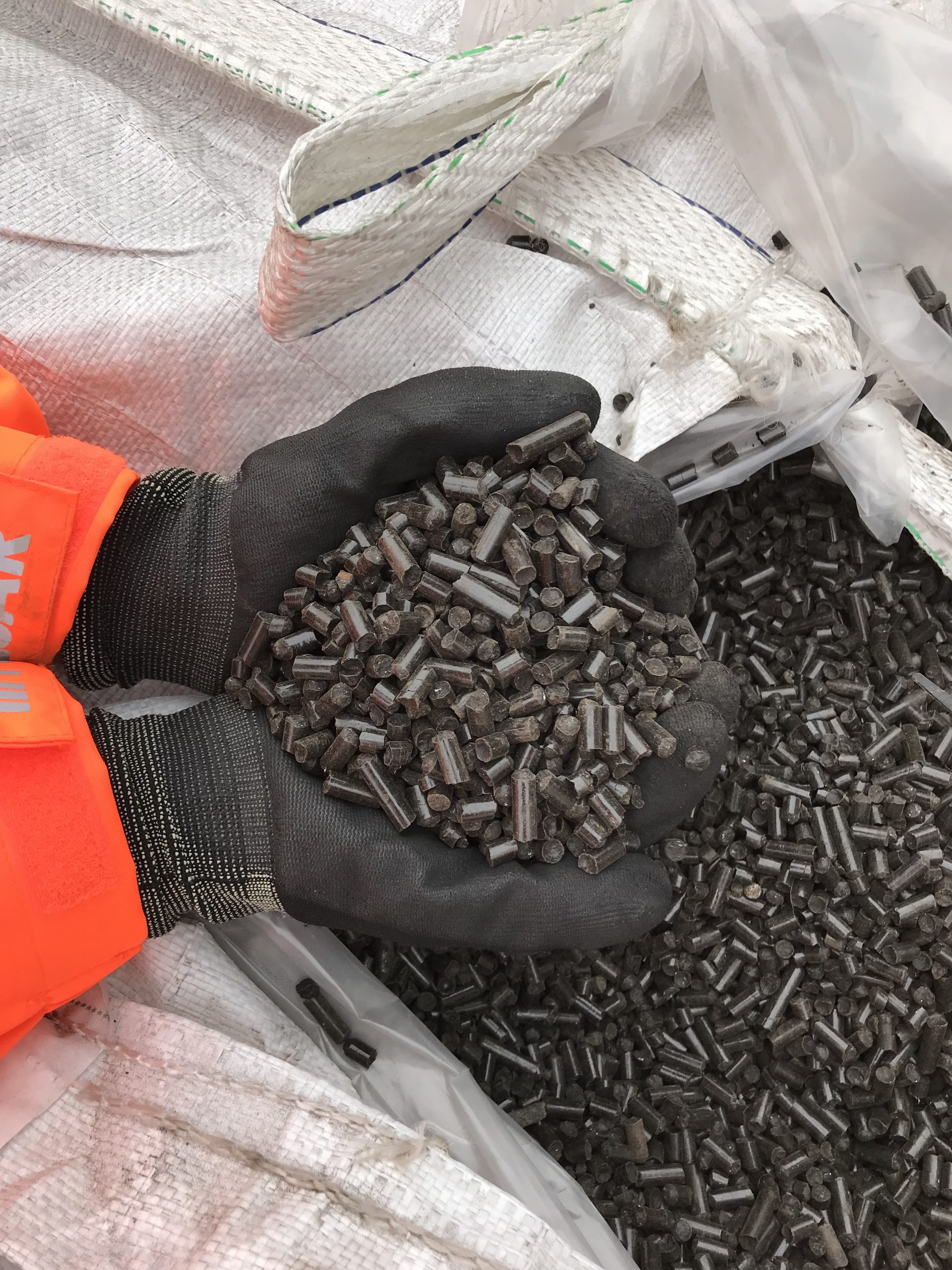 As reported by Utility Week, Severn Trent has introduced carbon capture technology to its sewage treatment processes to create a sustainable fertiliser from waste.

The project at Severn Trent’s plant near Birmingham saw the firm partner with CCm Technologies to use captured carbon dioxide to stabilise nitrogen, phosphates and organic chemicals contained in waste and turn it into plant nutrients.

Rich Walwyn, head of asset intelligence and innovation at Severn Trent, said the first batch of the “super fertiliser” is ready from the project, which is partly funded by the Department for Business, Energy and Industrial Strategy’s (BEIS) Industrial Energy Efficiency Accelerator (IEEA) programme.

“Using carbon capture technology, we’re able to treat waste in a much greener and more efficient way than ever before, as well as getting a fantastic product at the end, which has carbon locked into it,” he said. “This new approach has taken us a step closer to making sure absolutely nothing is wasted, in the sewage treatment process.”

Yorkshire Water has earmarked £13 million for investment in its wastewater network and treatment works upstream of a stretch of the River Wharfe at Ilkley designated as an inland bathing water.

Modelling has indicated that during periods of dry weather the main contributors to background bacteria were from agricultural operations, local domestic waste patterns, misconnections, and treatment works at Beamsley, Draughton and Grassington.

With this in mind, Yorkshire is pledging up to £13 million towards enhanced disinfection measures, work to investigate misconnections in the catchment and a scheme to reroute the sewer network in some areas of Ilkley. A project is also already underway to upgrade Rivadale CSO as part of this investment.

Putting ‘eyes and ears’ in the wastewater network 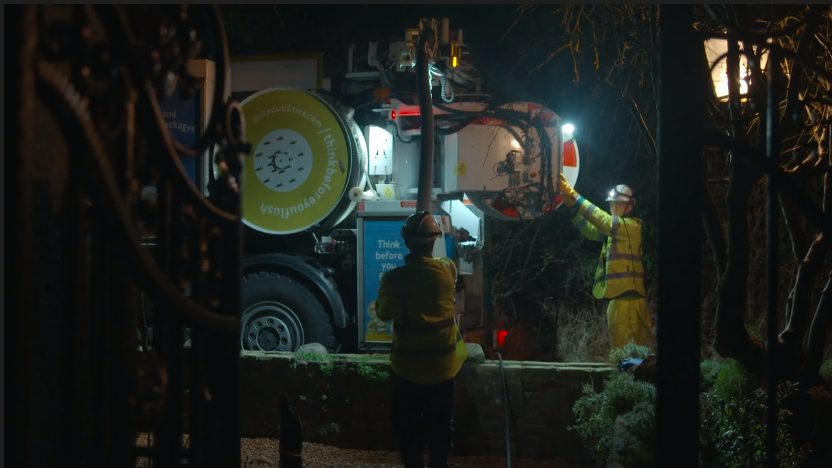 Utility Week Innovate spoke to with network leaders from United Utilities to shed light on the water company’s breakthrough use of artificial intelligence to proactively monitor and maintain its 78,000km wastewater network.

The provider of water and wastewater services for seven million people across north west England unveiled plans to employ real-time data, artificial intelligence and machine learning to process data and identify issues such as blockages and rising water in its sewer networks via what’s known within the company as dynamic network management.

The approach will eventually see more than 19,000 sensors installed in manholes across the north west  and will bolster the company’s monitoring at both powered and non-powered sites.

“We’ll also be able to visualise the connectivity within the network, so how these sensors relate to each other within the system, and more importantly how the assets within the drainage areas impact on each other,” she added. “So, the key element of the dynamic network management platform is really about understanding that ‘system level’ performance, which is a massive thing for us.

“We will be able to start understanding how any specific asset is performing, and the overall performance of the wastewater network in a particular area and how that can impact on other parts of that network.”

Severn Trent to scale up hydrogen from wastewater trial

In November, Severn Trent outlined plans to scale up a successful hydrogen production from wastewater trial using carbon fibre mats developed by researchers at the University of Warwick.

According to reports by Utility Week, the project built upon research by the university into microbial electrolysis cells that use electromagnetic organisms to break down organic pollutants in wastewater and produce hydrogen.

The researchers subsequently developed an alternative technique using recycled carbon fibre mats in place of more expensive graphite and trialed them on synthetic and real wastewater.

In December, Anglian Water began monitoring sewer vacuum systems with internet of things (IoT) technology to reduce pollution from blockages in its networks.

Working with PSI Technologies, the proof-of-concept trial will enable technicians to respond quickly to incidents in the vacuum system before any spillages occur.

As reported by Utility Week, Anglian chose a sewer in Lincolnshire made up of 44 chambers to trial the system, which will be the first time the company employed an IoT network to monitor underground assets.

Flood level and pressure sensors were installed in hard-to-reach locations to make data collection possible. The sensors use digital twin technology to improve management of the system by sending out an alarm notification when network performance deteriorates. Pressure levels are read via self-sustained gateways, powered by solar panels, which communicate with the sensors in the vacuum system.

The geo-located sensors can also pinpoint the location of failure in an effort to reduce the need for repeat visits.

New approaches to wastewater treatment and resource recovery is one of the frontline challenges at the heart of Utility Week Live 2022’s live content programme.