On 17 November 2020, the Prime Minister announced his ‘Ten Point Plan’ for a green industrial revolution, bringing £12 billion government investment alongside £43 billion from the private sector. 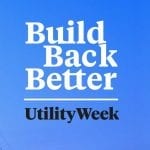 The announcement has received mixed reviews in the press with criticism that there are many ‘reheated pledges’, little new money and investment levels much lower than equivalent programmes in France (€100bn) and Germany (€130bn). However, we, alongside industry, NGOs and several green groups, believe it is a positive statement of government intent across a broad swathe of activity. It will provide a positive post-COVID focus that is key to our climate commitments and could be a major boost to the economy.

However, the points in the plan are single initiatives. They will not work unless the unprecedented scale and holistic nature of what is being proposed is recognised and managed. This is why we need an eleventh point in the plan, the need for an all-encompassing approach. Without this, there is a high risk of creating multiple incompatible, conflicting and incoherent building blocks and no overarching solution.

There are three key elements to this ‘Point 11.’ The first is a total energy system, covering heat, transport, agribusiness and other sectors. The second is the need for consumer and commercial solutions that recognise that these initiatives will not work unless they are attractive to the individual consumer and financially compelling to businesses. Finally, government departments and regulatory bodies need to work together to meet a single aim.

The Prime Minister’s proposals suggest a quadrupling of the UK’s wind generating capacity – in less than a decade.  This raises questions as to how the system can be operated by the Electricity System Operator (ESO).  Even before this structural change to our energy system, the ESO recently had to issue three margin warnings citing ‘unusually low wind output’. Across this period, our 10,000 wind turbines were operating at some 10 per cent of capacity and coal stations had to be brought on to keep the system running. This will not be an option when, in 2030, we could have 40,000 wind turbines and coal-fired stations have long since closed.

More wind farms can create more resilience, since they increase geographic coverage. However, this needs to be accompanied by a sophisticated offshore grid that increases the range and reach of the wind output. This will also have to be complemented by energy storage. In addition, there could also be a loss of baseload generation, as the country’s fleet of ageing AGR nuclear plant will be closing and it is unlikely new nuclear will be on stream.

A cross-sectoral approach could improve this situation. The obvious candidate is electric vehicles. By bringing forward the ban on sales of petrol and diesel cars to 2030, we will create a far greater pool of electric vehicles (EV), with estimates of around 15 million vehicles registered at that date. If these have Vehicle to Grid (V2G) capability, they will provide a potential energy store. However, this would require both V2G and sophisticated DSO systems, capable of accessing and managing their output. This is not currently sufficiently enabled within the RIIO-ED2 price control.

EVs though also present a threat to the plan because they will require electricity to charge, and this needs to be renewable energy to achieve carbon reductions. There is little benefit in using gas to generate electricity for EV usage; any reduction in petrol carbon dioxide emissions will be largely offset by that created through burning gas. The move to mandate EVs will also require an unprecedented expansion of around 10 million domestic and 1.5 million public charge points requiring further reinforcement of the network, which similarly needs to be addressed.

There is an exciting future in total energy system management, but it will be a massive undertaking to implement it and support The Ten Point Plan.

What is clear is that none of the proposals in the plan will work unless they offer attractive options to consumers and businesses. Part of that means managing negative media stories that influence consumer perception. In the immediate aftermath of the plan’s launch, the press reported: ‘Hydrogen in the home: Fears over flammable and odourless fuel’ and motoring organisations warned that ‘driving could become a luxury’ due to the price of EVs.

It is important to learn the lessons from the smart metering programme where suppliers increasingly report that consumer resistance is the major obstacle to progress. The industry has struggled to convince consumers of the benefits, not helped by the lack of technical and commercial interoperability solutions for the first meters. The Ten Point Plan’ will require greater consumer acceptance. The successful installation of heat pumps, for example, requires an assessment of the consumer’s house and potential supporting changes to maximise the energy efficiency to compensate for the lower heat quality generated through pumps compared to gas.

Yet there is a positive sentiment to draw on. In the wake of the announcement on EVs, car showrooms reported a five-fold increase in demand. The huge success of the FIT scheme for solar, leading to around 1 million consumers installing solar panels shows what can be achieved when a compelling proposition captures the consumer imagination.

Commercial uptake is also vital. Businesses need to make money from these initiatives. Several innovative energy suppliers, such as Octopus, Ovo and Eon are offering complete home energy management. However, once such complex systems are installed, the commercial business model and regulatory framework need to evolve, to ensure these complex systems are supported and that assets are not stranded when consumers change supplier.

It is also important to set up rules and structures to embrace a wider range of providers beyond the energy suppliers. For example, local builders and installers are offering the rental and installation of solar panels and heat pumps.

A cross-government and regulatory solution

The plan will be driven across multiple government departments and regulatory bodies. While BEIS has a major role, the Department for Transport and the Ministry for Housing Communities and Local Government will also be involved especially in the deployment of energy efficiency, heat pumps, heat networks and community hydrogen.  A single vision will be needed across these departments, and the associated regulators must have appropriate powers and responsibilities to support these activities.

The alignment of approach has already been highlighted in the debate surrounding Ofgem’s Draft Determination for RIIO-T2 price controls.  Industry is concerned that Ofgem’s proposals do not provide sufficient support to encourage investment for progress to ‘Net Zero’. In both transmission and distribution, there is a case for networks to invest ahead of the need to support net zero developments, but this does not fit well with the RIIO framework. This need will only increase with the ‘ Ten Point Plan’.

Ofgem fully recognises the need for movement towards net zero and has published a strong decarbonisation plan. However, the heart of its remit and charter is the protection of the consumer, which tends to require a focus on actions that drive lower pricing. That may not prove to be compatible with the investment required to achieve net zero. It is helpful that the newly published National Infrastructure Strategy proposes that regulators should have a net zero duty.

As Jonathan Marshall, of the Energy and Climate Intelligence Unit, has said: “the rapid transition in Britain’s electricity system is outpacing the changes in governance and regulation needed”. Agile, integrated policy and regulation will be critical if the ‘Ten Point Plan’ is to succeed.

The ‘Ten Point Plan ‘can be seen as the starting gun on the Green Industrial Revolution and how it can support the move towards net zero. The Energy White paper and associated policy papers will build on this and set out more detail on implementation but must also set out the government’s approach to a total energy system, supported and championed by consumers, businesses and all relevant arms of government. Only then will it be able to deliver low carbon, resilient, affordable energy.

Ted Hopcroft is an energy expert at PA Consulting.