In an announcement on 7 September, renewable energy firm Siemens Gamesa revealed that six 81-meter long ‘RecyclableBlades’ had been produced at its factory in Aalborg, Denmark – a development it claimed was a world-first.

As reported by Utility Week, said blades are made from a combination of materials cast together with a new type of resin which not only forms a strong, lightweight structure, but whose chemical composition makes it possible to efficiently separate reusable components at the end of the blade’s working life.

It’s this integration of a dissolvable and recyclable resin which Siemens Gamesa sustainability specialist Jonas Jensen describes as “major achievement” and the cornerstone of the RecyclableBlade’s advantage versus “normal” blades.

According to Jensen, the RecyclableBlade has been in development since 2018, with the finished article offering the same lifespan and performance as the single-use tech it is replacing with a limited cost increase.

Current turbine blades are cast using glass and carbon fiber, a core material like wood or polyethylene terephthalate foam (PET), and a resin system. After the resin has cured, all components bind together.

Upon decommissioning, firms face the challenge of separating the resin from the other materials in order to recycle the turbine blade’s component parts.

While the RecyclableBlade is produced using the same manufacturing process, its new resin makes it possible to efficiently separate it from the other components at the end of the blade’s working life. This allows the materials to be recycled for new applications.

At the end of its lifecycle, each RecyclableBlade will be soaked in a heated, mildly acidic, solution in order to separate the resin from component fiber glass, plastic, wood and metals which can then be recovered, rinsed, dried and prepared for secondary use in areas such as the automotive industry or in consumer goods like flight cases and flatscreen casings.

“The use of these different materials is not limited to only one industry,” Jensen explains. “Due to the high quality, the recovered materials can still be recycled in many different areas, where the material properties fit.” 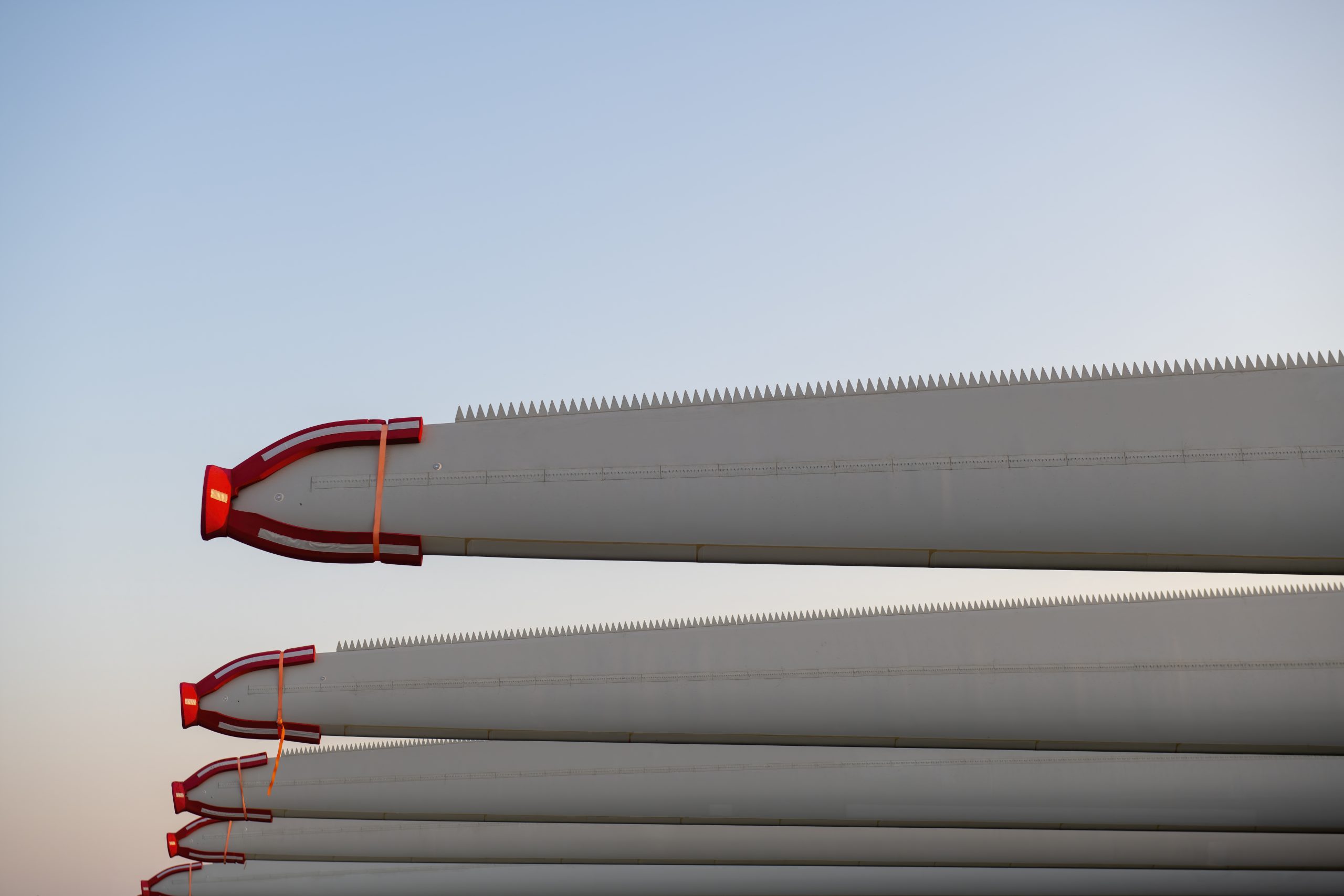 According to Siemens Gamesa, though 85 per cent of a wind turbine is already recyclable – including the tower and the nacelle, which contains the gearbox – the environmentally friendly disposal of turbine blades has posed an sizeable, long-term, challenge.

The company estimates that in excess of 200,000 blades could potentially be recycled, amounting to more than 10,000,000 tons of material being steered away from landfill.

However Siemens Gamesa – whose turbines generate more than 100GW of wind power globally or enough energy to power nearly 87 million households annually – states that the vast majority of turbine blades are currently disposed of as landfill, accounting for an estimated 10 per cent of Europe’s fiber-reinforced composite (FRP) waste.

RWE’s Kaskasi offshore wind power plant in Germany is poised to be the first adopter of Siemens Gamesa’s RecyclableBlades, with their use earmarked from 2022 onwards.

“We are pleased that our offshore wind farm Kaskasi is able to provide a fantastic facility for testing innovations; here we are preparing to test special steel collars and to use an improved installation method for foundations,” Sven Utermöhlen, CEO wind offshore, RWE Renewables said.

“Now, Kaskasi installs the world’s first recyclable wind turbine blade manufactured by Siemens Gamesa. This is a significant step in advancing the sustainability of wind turbines to the next level”

On top of this, however, Jensen explains that Siemens Gamesa is working with EDF Renewables to deploy several sets of RecyclableBlades at an offshore wind farm, as well as wpd, with whom it aims to install blades at a future offshore power plant.

What’s more, he says that while the RecyclableBlade is already being offered to offshore customers more broadly, increased production capacity should see Siemens Gamesa ready to roll them out to “bigger projects” in 2024.

According to Jensen, these new blades will also help the firm achieve its target of producing fully recyclable wind turbines by 2040.

One of the outstanding challenges facing the firm en route, however, is the nacelle cover which, according to Jensen, is the final non-recyclable turbine component after the blades. “It is also a composite, but a different material to the blades,” he tells Utility Week Innovate.

“We are currently integrating sustainability and circularity measures into our technology roadmaps so we can actively work towards the ambitious target together with our value chain.

“We are looking for options for the nacelle cover and the last [non-recyclable] percentage of blades, which are the main points,” he adds. “Then we are assessing all liquids – lubricants and oils – to ensure recyclability of these as well.”

New approaches to asset management and maintenance and delivering smart energy networks are among the frontline challenges at the heart of Utility Week Live 2022’s live content programme.