Effie Vraka of charge point manufacturer Easee shifts through the actions she believes are needed to take the handbrake off the UK's electric transport ambitions.

The widespread adoption of electric vehicles (EVs) is central to getting the government’s plan for a zero-carbon economy by 2050 firing on all cylinders, with latest figures from the Society of Motor Manufacturers and Traders suggesting the UK is already going through the gears with its uptake.

As reported by Utility Week, plug-in EVs accounted for nearly one-in-five cars registered in August, while the number of battery electric vehicles increased by almost a third versus August 2020 to nearly 7,400 – a market share of 10.4 per cent.

What’s more, the figure for plug-in hybrid electric vehicles grew by almost three quarters to slightly more than 5,000, meaning they accounted for 7.4 per cent of total registrations during the same spell.

However, according to analysis by the Labour party, Britain only has 15 per cent of the electric vehicle charging points required to meet a Climate Change Committee target of around 150,000 public units by 2025.

A shift in practicality

As reported by Utility Week, Ofgem recently set out its priorities for maximising the benefits to consumers, the environment, and the wider energy system from the EV rollout.

Launching its report at the Fully Charged Live event on 4 September, Ofgem’s director of strategy and decarbonisation Neil Kenward, said: “Electric vehicles will revolutionise the way we use energy and provide consumers with new opportunities, through smart products, to engage in the energy market to keep their costs as low as possible.”

“People are now being expected to understand the ins and outs of a kilowatt when they had a simpler world of litres and miles,” she tells Utility Week Innovate.

“There is also a huge shift in practicality for end users in that EV charging is typically a very digital experience whereas petrol and diesel are non-digital.

“Their focus on vehicle to grid is not what we would have considered a priority at this point in time as it is a complex concept with wide spread limitations and dependencies that are not always communicated well, not least the fact that most EVs today are not compatible with vehicle to grid protocols.”

An EV charging network without robust internet is problematic

With what she sees as a potential false start on vehicle to grid in mind, Vraka also feels that internet access – deemed “critical” for successful charging –  could prove a red light to future development.

“EV charging is an Internet of Things system,” she explains. “This means it depends on crucial internet networking infrastructure and the UK is fraught with poor cellular signal across the country. EV charging installations are being forced to provide back-up internet access via WiFi hubs and the like.

“There is a huge risk that these are not installed with required security due diligence and there is a potential for cyber criminals to exploit vulnerabilities,” she adds. “An EV charging network without robust internet is problematic.”

Vraka’s comments come amid a broader government push for innovation in networks having recently announced a £4 million competition for ideas to embed 5G kit into public and curbside infrastructure, such as bus shelters, lamp posts and traffic lights. 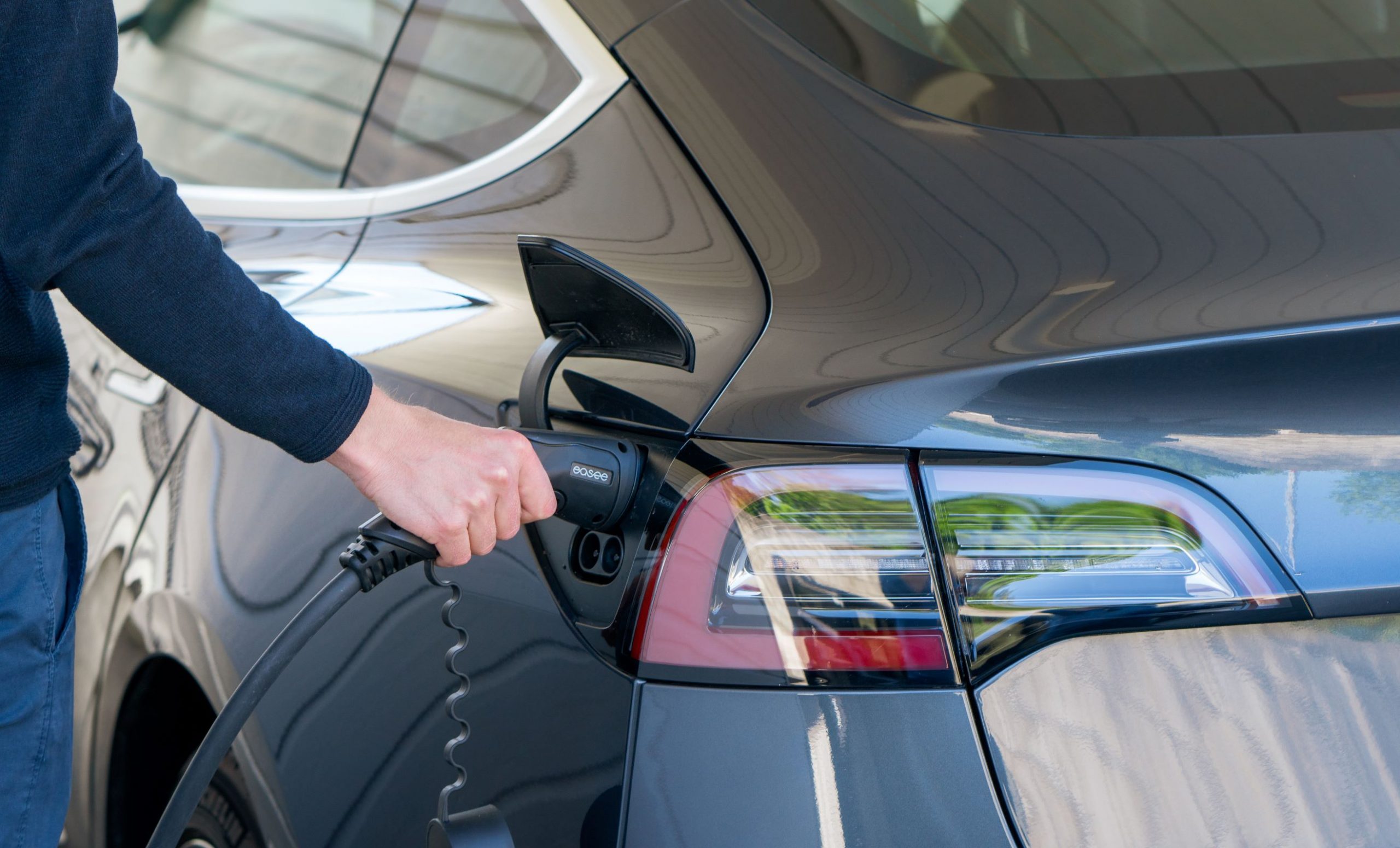 Such improvements to public, business and home charging infrastructure are essential according to Vraka, who is adamant that the process needs to be simplified for the end user.

Easee, founded in 2018 by a trio of Norwegian entrepreneurs, has recently moved to reduce the size of its chargers by 70% with the launch of the new, roughly toaster-sized, 1.4kg Easee One – each of which saves around 4kg of plastic and copper.

“We want to make it as easy as possible for UK homeowners to choose and install a future proof EV charger,” she says.

“Over 25 million households in the UK own two or more cars, and in the future these will all be electric. We’ve designed a smart home charger that can be easily expanded to allow simultaneous charging of up to three cars.”

The firm, which has delivered more than 70,000 of its “charging robots” to 16 different countries – and aims to produce 500,000 units in 2021 – recently signed an agreement with charging software company, Jumptech, to deploy its chargepoint installation-management platform.

“To date UK infrastructure suffers from a disjointed experience in the public space, with only a few players starting to offer ‘roaming’ services such as Paua or Zap Pay from ZapMap,” Vraka continues. “In the workplace and semi-public spaces, we are seeing more and more businesses looking to provide charging facilities for their employees.

“There is a risk though that without understanding the implications of the charger features, procurement teams may buy units on cost alone resulting in infrastructure that isn’t future-proof with respect to scalability and grid constraints.

“Finally in the home space, there is growing price competition and thankfully many new players are now entering the market who provide solid and reliable hardware that users can count on,” she adds. “The most significant limitation across all sectors is education.”

Vraka adds that helping to manage future demand on the grid is at the forefront of Easee’s “development road map”.

“We are keen to work with DNOs throughout the UK to ensure we align our innovation with the needs of the grid,” she says.

“Easee is completely aware that the grid requires support to make the shift to electric vehicles. Technologies such as load balancing are examples of how we can support charging to multiple cars without the need for a large fuse to be installed by the DNO.”

Decarbonising transport is one of the frontline challenges at the heart of Utility Week Live 2022’s live content programme.