Now the election is over, an Energy White Paper must be a priority for the new government 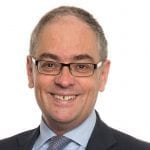 The long-awaited Energy White Paper is now expected in the first quarter of 2020, election outcome permitting. Never has there been a greater need for clarity, and accompanying concrete actions and initiatives, to provide confidence that our net zero carbon ambitions can actually be met.

It has been well over a decade since we last had a comprehensive Energy White Paper, produced in 2007 by the then Labour government, which heralded the Climate Change Act 2008 and its binding UK carbon reduction targets.

Notably, we had a white paper in 2011 on decarbonising the electricity sector. This was a product of the coalition, and introduced some significant initiatives, including contracts for difference (CfD), the capacity market, the carbon floor price and an emissions performance standard for fossil fuel plants.

This came at a time when the broader government agenda included the ultimately doomed Green Deal, the Energy Company Obligation (Eco), the launch of the Green Investment Bank, £1 billion for a carbon capture demonstration plant (later pulled), and last but not least the ill-conceived smart meter rollout programme.

And then more recently, in 2018 we had the Road to Zero Strategy, the government’s first comprehensive strategy for decarbonising road transport. Crucially, this year the 2050 net zero carbon target became enshrined in law.

Perhaps most significantly, public awareness of the need to act on climate change has been steadily increasing, and most politicians now (finally) see low carbon policies as a vote winner. Who would have predicted, a couple of years ago, a climate change TV debate in the lead-up to a general election?

But we desperately need to see real policies and action to back up the rhetoric. Targets alone are not enough. And this is where an Energy White Paper needs to step in; a blueprint for how we are going to deliver a low carbon future and hit the net zero carbon 2050 target.

Amid speculation about what the white paper might include, when it comes to the power sector arguably one of the most pressing items is financial support for nuclear.

Subsidy levels under the existing CfD framework are unlikely ever to repeat the eye-watering amount awarded to EDF for Hinkley Point C, yet private sector investors remain under pressure to participate in nuclear projects. Against the backdrop of major players such as Hitachi and Toshiba recently suspending or pulling out of their UK projects, citing financial unviability, there is expectation that the white paper will back a regulatory asset base mechanism for new projects that will allow developers to draw down funding during the lengthy and risky construction phase.

A shot in the arm for a new nuclear programme will not in itself deliver a diverse power sector, and so we might expect to also see policies to help solar and onshore wind find a route to market, enhancing offshore wind where the UK is a global leader.

A place for gas

Furthermore, with the apparent demise of shale gas exploration and development in the UK, at least for now, it would be helpful for the government to give explicit backing to gas as a transition fuel in the years leading up to 2050. With our existing infrastructure of LNG import terminals, we have a reliable supply chain which is not dependent on Russian gas to the same extent as many other European countries.

With a renewed interest from government in carbon capture use and storage (CCUS) and recently announced government funding for demonstration projects, the short to medium prospects for gas would look even better if the white paper could deliver additional stimulus to accelerate commercial deployment of CCUS to the mid-2020s.

Looking beyond the power sector, one of the white paper’s main areas of focus must surely be heating.

The deployment of renewable heating on any meaningful scale remains elusive, but this problem must be solved if the net zero target is to be met. The current subsidy schemes are arguably not suited for the job, and ongoing support is needed for hydrogen and related technologies to maximise use of our existing gas networks. The white paper is also an opportunity for the government to pick up the pieces of the scrapped 2016 zero carbon homes policy and drive forward heat efficiency of existing and new housing stock.

And then we have transport. There has been consistent lobbying for improved financial incentives for consumers to switch to electric vehicles, where entry costs remain high, but on the plus side the Road to Zero strategy was broadly welcomed, and vehicle choice has improved markedly. Perhaps most importantly, charging infrastructure rollout efforts have ramped up.

Clearly, there is more to this than electrification of cars; crucial will be how the road haulage industry can electrify, and behavioural trends around use of public transport and its fitness for purpose, not to mention the response of the aviation industry.

Each significant in their role, the power, heat and transport industries are waiting with bated breath for the elusive Energy White Paper. However, there is scepticism about whether policies will be sufficiently ambitious, yet realistic, to instil confidence that our net zero target is more than just empty rhetoric. And a big question remains whether those policies can, finally, be properly coordinated and joined up.

The new government must find a way to free itself from the Brexit paralysis which has been so damaging. In fact, as we face an uncertain economic climate amid the turmoil of Brexit, there is a real opportunity for the Energy White Paper to shape our path to net zero carbon, in a way that encourages and nurtures home grown innovation and technology, so as to provide fertile ground for UK business and showcase the UK as the home of a vibrant low carbon economy.